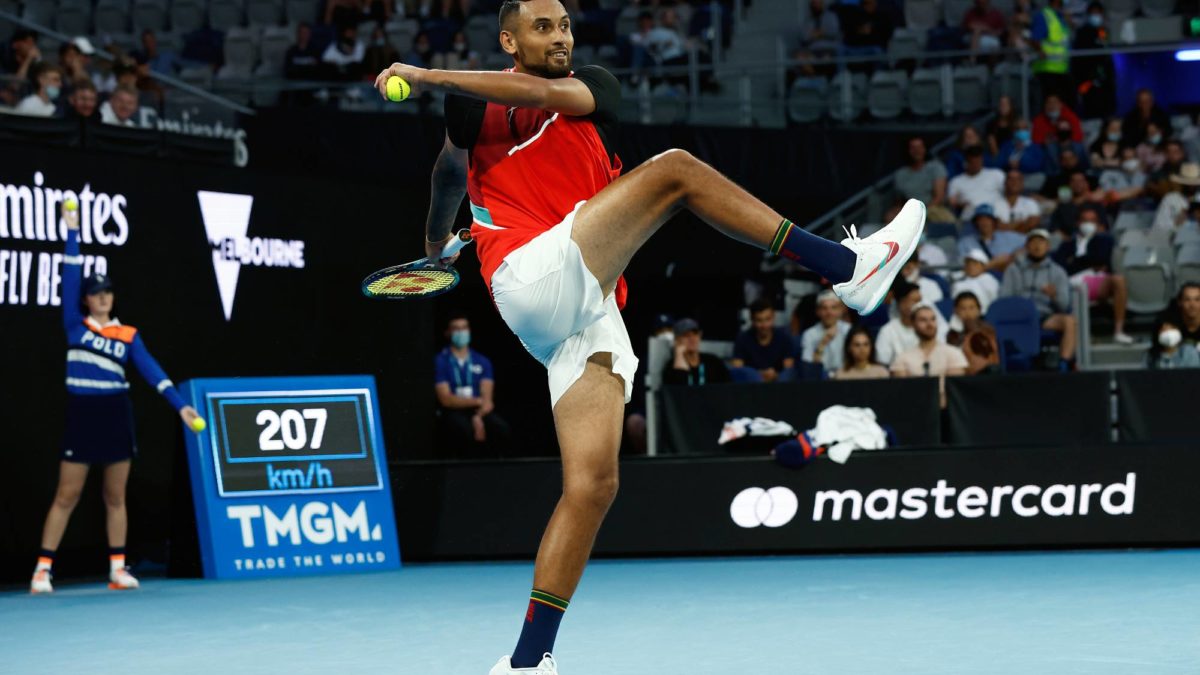 As we enter the second week of the 2022 Australian Open, let’s take the time to look back at what has been an eventful tournament so far.

The build-up to the tournament was as dramatic as it could possibly get, with Novak Djokovic receiving an exemption from Tennis Australia to enter the country despite certainty surrounding his COVID-19 vaccination status, which he continues to refuse to disclose.

He initially succeeded in his appeal against a first deportation, but the silver bullet came on the Friday prior to the tournament when Federal Immigration Minister Alex Hawke exercised his rights to deport the Djoker out of the country.

But it wasn’t over yet – the Serb launched one final, desperate last-gasp appeal to remain Down Under, until on Sunday afternoon, three judges ruled in Hawke’s favour, ordering the 34-year-old out of the country and back home to Serbia.

This meant that Djokovic’s bid to win a record-breaking tenth Australian Open title and 21st major overall was over before it began, and 12 hours before the first ball of this year’s tournament was served in anger, he was on a plane back home.

It would therefore mark his first absence from Melbourne Park since 2004 – at which time nobody knew that men’s tennis would be destined for a prolonged period of dominance from one, two and later three men (namely Roger Federer, Rafael Nadal and Djokovic).

Daniil Medvedev, last year’s beaten finalist, thus became the new title favourite, and Nadal would be the only former champion in the draw, the Spaniard having won the title in 2009 when he defeated Federer in a five-set classic.

So far Medvedev and Nadal have not disappointed throughout the tournament, and if both men continue their impressive run of form into the business end you can bet that they will be squaring off for the Norman Brookes Challenge Cup next Sunday night. 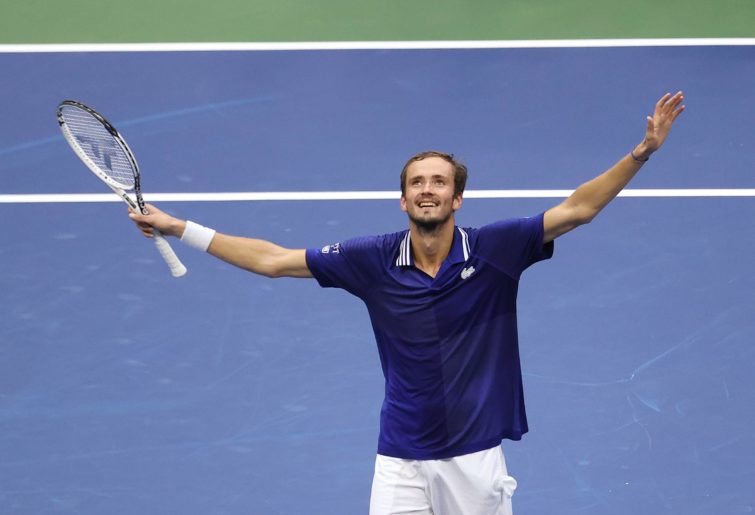 The Russian is into the fourth round at Melbourne Park for a fourth consecutive year, and will be the prohibitive favourite to reach the final from the bottom half of the draw in which Greek fourth seed Stefanos Tsitsipas is his biggest hurdle.

Tsitsipas was taken to four sets in each of his past two matches, and can expect a good test of his title credentials when he comes up against American Taylor Fritz tomorrow.

Meantime, after an injury-plagued 2021 season which saw him play only 29 matches for 24 wins, Nadal has started this season strongly, winning the Melbourne Summer Set for his first title anywhere in Australia since his aforementioned win at the Australian Open in 2009.

The Spaniard won his first two matches in straight sets, before disposing of Russian 28th seed Karen Khachanov in the third round, to prove to the tennis world that he is still a title force despite nearly 13 years having passed since saluting Down Under.

He will start a hot favourite in his fourth round match against French veteran Adrian Mannarino this afternoon, after which he could face Olympic Gold Medallist and the highest seed left in the top half, Alexander Zverev, in the quarter-finals.

The German has yet to drop a set as he bids to become the first man from his country to reach the final at Melbourne Park since the unheralded Rainer Schuettler got this far in 2003.

At the top of the draw, while we do have a Serbian in the fourth round, it’s not Novak Djokovic – but rather Miomir Kecmanovic, who was to have played his more established countryman in the opening round, but instead played, and defeated, Italian lucky loser Salvatore Caruso.

The 22-year-old, who has a career high world ranking of No.38 and has hired former Wimbledon finalist David Nalbandian as his coach on a trial basis, then went on to beat Tommy Paul and Lorenzo Sonego to reach the fourth round at a major for the first time.

There, he will face French veteran Gael Monfils, who is continuing to play superb tennis at the age of 35.

The 17th seed entered the first major of the year having won a title in Adelaide, and will start favourite to progress to his second Australian Open quarter-final where it’s likely he will face Italian seventh seed Matteo Berrettini. 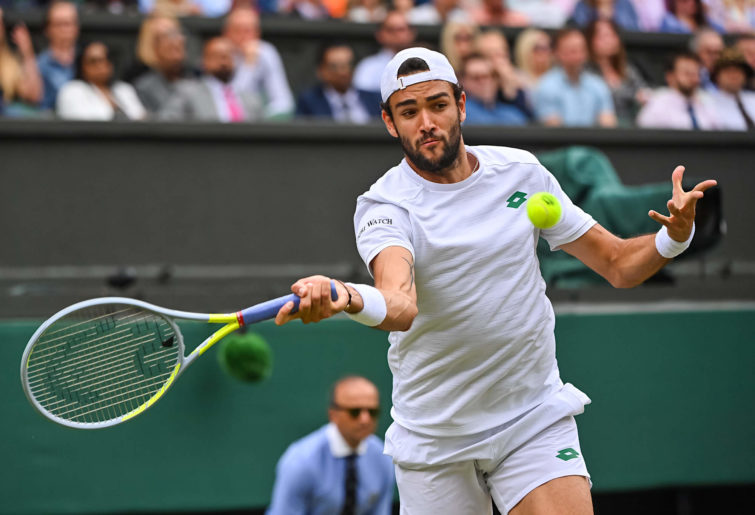 Last year’s beaten Wimbledon finalist has dropped at least one set in each of his opening three matches, and in his most recent match escaped disaster when he edged out outstanding young Spaniard Carlos Alcaraz in the third round, winning it in a final set tiebreak.

His next match, which is second on Rod Laver Arena tonight after the showdown between Ashleigh Barty and Amanda Anisimova, is against another Spaniard in Pablo Carreno Busta.

In the women’s draw, Barty has been in ominous form, and has firmed in favouritism for the title after the biggest threat to her in her quarter, Naomi Osaka, crashed out in three sets at the hands of Anisimova on Friday night.

Tonight’s match between Barty and Anisimova will be their second career meeting, and also their second at a major after they met in the semi-finals of the French Open in 2019.

Coincidentally, Anisimova goes into this match against Barty on the back of beating the defending champion, as she did at Roland Garros whereby she defeated Simona Halep before losing to the Australian in a three-set semi-final, having led by a break in each of the second and third sets.

Barty has said recently that her comeback from a set and break down in that match marked a turning point in her career; had she lost that match, then she possibly would not achieved what she has since then – winning two major titles and becoming world No.1

Maria Sakkari, Barbora Krejcikova, Victoria Azarenka, Madison Keys and Paula Badosa are also all alive in the top half of the draw, while in the bottom half, Aryna Sabalenka and Iga Swiatek remain the two highest seeds remaining.

For the third consecutive match, Sabalenka was forced to come from a set down, doing so to beat former French Open finalist Marketa Vondrousova in three sets and line up a fourth round encounter with Estonian Kaia Kanepi.

Win that and she’ll very likely face Swiatek, who will take on Sorana Cirstea in the fourth round.

The only other former major champion left in the bottom half of the draw is 14th seed Simona Halep, who will take on Alize Cornet tomorrow. The two-time major winner has yet to drop a set so far, having entered the tournament on the back of winning the Melbourne Summer Set.

We have a line-up of blockbuster matches set for today, at least three of which you will not want to miss on the women’s side.

Matches to watch on Day 7

You can check out the full schedule over at the AO website.