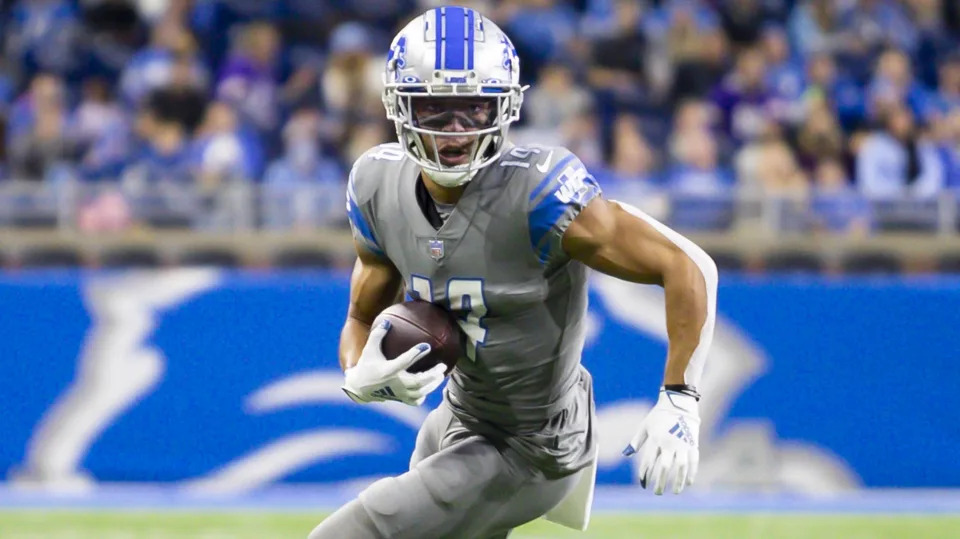 The final whistle of the Super Bowl marks the end of the 2021 season. That solidifies all draft positions and gets us looking to free agency as the next chance for teams to make significant changes to their roster. In this series, I’ll break down the needs and goals of every team as it relates to the 2022 offseason. Included will be cap space, cut candidates, positions of needs, and plenty of other useful stats and notes as we prepare for free agency and the 2022 NFL Draft. Special thanks to Over the Cap, Pro Football Reference, Pro Football Focus, and Ben Baldwin’s RBSDM.com for all of the useful stats they track and house.
Lions 2021 Recap

The Lions didn’t implode as violently as the Jaguars but they nearly matched them in on-field failures. Detroit finished a half-win behind Jacksonville in the standings, riding an atrocious defense to a 3-14-1 finish. Dan Campbell’s first year was a flop but the team did show some signs of life. The Lions went 11-6 against the spread and found a diamond in the rough with Amon-Ra St. Brown, who closed out the year with a string of dominant performances. From Week 13 through Week 18, St. Brown posted a 51/560/5 receiving line. Because the Lions remained squirrelly until the end and were saddled with Jared Goff, Campbell kept the head coaching gig, letting offensive coordinator Anthony Lynn fall on his sword instead. How long of a leash Campbell will have next year depends on how far into the future GM Brad Holmes is willing to play for.

Lynn handed off play-calling duties to Campbell mid-season but neither coach was willing to do much with Jared Goff. The first-year Lion was only given the help of play-action on 21 percent of his throws and he averaged a 6.8-yard target depth. Both play-callers kept things basic for Goff, choosing to avoid mistakes and implosions instead of trying to maximize his skills. To their credit, Goff’s interception rate was the second-lowest of his career. Despite running a vanilla scheme helmed by a limited quarterback, Detroit didn’t bottom out offensively. Their finishes in yards and points were all only slightly below league-average. For a team that enters the offseason with multiple first-round picks to work with, that’s a usable baseline. They also scraped together those numbers while missing nine games from D’Andre Swift and T.J. Hockenson, arguably their two most valuable skill-position players. Tim Boyle even pitched in for a few starts which is never ideal

Detroit’s FCS-caliber defense propelled the franchise to the No. 2 selection in the upcoming draft. The Lions were dead last in yards per pass attempt allowed for the second straight year. Their EPA per dropback allowed only confirmed how poor their play was. The Lions didn’t have the talent at cornerback to compete in a division with Davante Adams and Justin Jefferson. On top of that, the issues with their secondary were compounded by an inability to get to the quarterback. Detroit finished 31st in sacks on defense. This side of the ball has to be the focus on the Lions’ offseason.
Lions 2022 Offseason

Notes: Detroit’s total draft value is the sum of the value of every pick they own using the Fitzgerald-Spielberger NFL Draft Trade Value Chart. The values are only estimates until the NFL announces compensatory picks. Cap savings are listed assuming the player is cut before June 1st.

Flowers’ has a hefty dead cap number tied to his contract so it’s unlikely that the team cuts him. However, his release would free up enough money for a team with the 13th-most cap space this year to consider parting ways with him. A replacement would need to be found for Williams if he is cut as it doesn’t look like the Lions want to give Swift the entirety of the backfield.
Team Needs

The Lions’ toothless pass rush was one of the team’s many weaknesses last year. Sitting at the second spot in the draft, they’re in a prime position to add an elite talent to the end of their defensive line. Oregon’s Kayvon Thibodeaux or Michigan’s Aiden Hutchinson will almost certainly be playing in Detroit next year.

Detroit could use both depth and high-end talent in their secondary. Jeff Okudah was supposed to headline the defense but posted a dreadful season as a rookie and appeared in just one game this year due to an Achilles’ injury. There’s still hope for him to bounce back but the Lions can’t count on him as anything more than a rotational piece at this point and even that bakes in some progress from the third-year corner.

St. Brown’s breakout at the end of the season was jaw-dropping but a single pass-catcher isn’t enough in today’s NFL. Detroit will enter the offseason missing two of their top three wideouts and even bringing back Reynolds, who also returns punts for them, won’t be enough to give them a passable receiving room. Adding a marquee free agent while doubling down with some picks in the middle and late rounds would give Goff a fighting chance in his second year with the Lions.

The App is Back! Don’t forget to download the NBC Sports EDGE app to receive real-time player news, mobile alerts and track your favorite players. Plus, now you can check out articles and player cards. Get it here!

The Lions elevated tight ends coach Ben Johnson to offensive coordinator in the offseason. With Lynn taking on a lesser role midway through the season, Johnson also worked closely on the team’s passing attack in 2021. He joined the team as an offensive quality control coach in 2019. Bengals head coach Zac Taylor heaped praise on Johnson during media week of the Super Bowl, calling him “one of the sharpest football coaches in this league.” The two worked together in Miami for a few years before Johnson joined the Lions. Taylor crediTed Johnson’s background in analytics — he holds a degree in mathematics and computer science from North Carolina — for his football intelligence.

Campbell has yet to announce who will be calling plays for the Lions in 2022. If it’s Johnson, expect Detriot to move away from the run-heavy approach they employed last year. The Lions finished 12th in pass rate, but given how often they were losing, that was good for a bottom-five pass rate over expectation. If Johnson is as math-savvy as Taylor says, he should be expected to air the ball out more often even if Campbell’s kneecap-biting influence still gives them a balanced approach.
Offseason Outlook

I didn’t include quarterback as a position of need simply because the Lions are multiple years away from competing at the highest level and they seem to know that. They have two first-round picks in each of the next two drafts but are tied to Goff for at least another year because of his contract. With this year having a weak quarterback class, it doesn’t make sense for them to reach on someone with the second overall pick when they could be in a position to find an elite option in 12 months. Taking a quarterback in the first round now will only squander the first year of their rookie contract. Tim Boyle is a free agent and David Blough is a restricted free agent so a backup needs to be brought in. Ideally, they would add a player in the middle rounds of the draft as a long-shot similar to Jalen Hurts or Gardner Minshew.

Beyond adding depth at receiver or quarterback, the Lions are surprisingly comfortable on offense. If everyone is healthy, their offensive line will be among the best, if not the top unit, in the NFL. Another receiver couldn’t hurt but that is also a position they can address in free agency. Assuming the top names at wideout are slapped with the franchise tag, Mike Williams is a player they could pursue as a starting boundary option. If they do ink a receiver on the open market, it wouldn’t be the least bit surprising to see them spend nearly every draft pick they own on defensive players. The Cowboys and Panthers have both spent most or all of their picks on defensemen in a recent draft. Both squads saw massive turnarounds on the defensive side of the ball in the subsequent years.