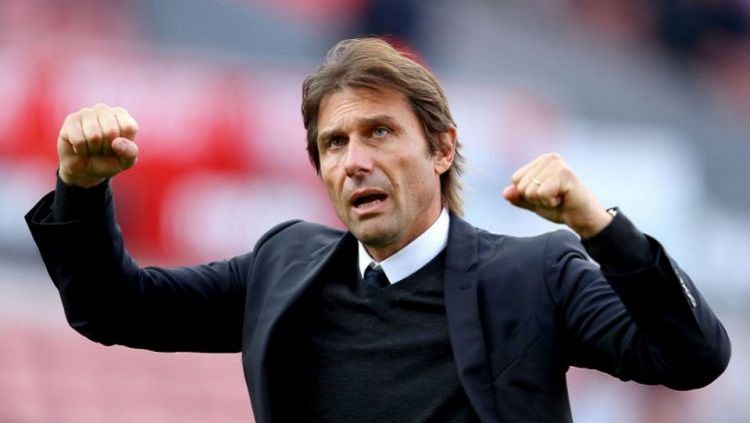 Antonio Conte’s name has become a strong candidate for the new coach of the English Premier League club, Newcastle United. Here are three former players at Inter Milan that he can bring to the Magpies camp.

Over the past few days, Newcastle United has become a hot topic of conversation. The reason is, The Magpies were officially acquired by a consortium of Saudi Arabia, through the Public Investment Fund at a cost of 305 million pounds (Rp5.9 trillion).

Officially a rich club, Newcastle is believed to soon be carrying out a massive revolution in the team, both in terms of players and coaches.

Meanwhile, from the coaching side, Newcastle have been linked with a number of top coaches Steven Gerrard, Frank Lampard, Zinedine Zidane, and Antonio Conte who are said to be the strongest candidates.

As is known, Conte is currently unemployed after leaving Inter Milan at the end of last season. He is also said to be interested in leading a new project at Newcastle United. However, it is claimed that he only wants to work from the start of the season, not in the middle of the season.

Newcastle itself is rumored to be immediately sacking Steve Bruce from the coaching chair and appointing his assistant Graeme Jones as interim coach, until they get a permanent coach.

With this situation, it is possible that Jones will lead Newcastle United until the end of the season until Conte arrives. Or club management could persuade Conte to come sooner, with the lure of spending heavily in January to improve the quality of the squad.

With his experience of winning titles with Juventus, Chelsea and Inter Milan, Conte is expected to be able to bring Newcastle to compete for the title.

In addition, the big name Antonio Conte will make it easier for Newcastle United to attract star players.

On the other hand, there are at least three former Antonio Conte men at Inter Milan who fit Newcastle’s needs, and could follow the Italian to St. James’ Park. Who are they? Here’s the review:

During Conte’s two seasons at Inter, Stefan de Vrij has always been the first choice at the back. His presence will also make it easier for Conte to apply the pattern of three central defenders at Newcastle, because the Dutchman is already familiar with the system.

On the other hand, the Sempreinter website says Inter Milan plans to sell de Vrij, whose contract expires in June 2023, in order to balance finances so he doesn’t have to lose other star players.

One of the other problems in the Newcastle team is the lack of creativity from the midfield. To overcome this, the Magpies can target another former Conte player at Inter Milan, namely Nicolo Barella.

In Conte’s two years at Inter, Nicolo Barella stood out in midfield with 7 goals and 21 assists, from 87 appearances. His presence will add an alternative to Newcastle’s attack from the middle, after this season relying more on Allan Saint-Maximin on the wings

Barella himself has a special affinity with Conte because it was Conte who brought him to Inter Milan from Cagliari in the summer of 2019.

Nicolo Barella is actually still a mainstay of Inter Milan this season. However, the temptation of Newcastle’s money could shake the Nerazzurri whose financial condition is not too good.

The third player from Inter Milan who could follow Conte to Newcastle is Alexis Sanchez. This Chilean star could be a new option on the front lines of the Magpies who have been too dependent on Callum Wilson.

Signing Sanchez is believed to not be a difficult task considering Inter Milan are already planning to kick him in the near future as the striker’s contribution is minimal.

On the other hand, despite being eliminated from the Inter Milan squad, Alexis Sanchez actually has good sharpness so that he can be a valuable addition for Newcastle United.

The experience of winning titles at various clubs that he has played for can also add to the mental champion in the body of the Newcastle United squad. In addition, he also has experience in the Premier League so it will not be difficult to adapt.

The Saudi Arabian Public Investment Fund (PIF) completed a takeover of the club earlier this week, buying the club from Mike Ashley for £305m.

The controversial deal was granted approval after the PIF managed to convince the Premier League that they were separate from the country of Saudi Arabia, which has been accused of numerous human rights abuses.

The new owners are already looking to the January transfer window as an opportunity to improve on the current squad.

Newcastle are still awaiting their first win of the season and sit 19th in the Premier League standings as of this writing.

They have conceded 16 goals, the league’s highest number of goals conceded in their first seven games, and that poor defensive record has not gone unnoticed by PIF.

According to Football Insider, the Magpies are considering a move to sign Koulibaly as their first signing.

The Senegal international has been identified as a potentially transformative addition to the squad.

Koulibaly will enter the final 18 months of his contract in January, and Napoli might consider cashing in on him if the Magpies arrive.

Meanwhile, the Daily Telegraph reports that James Tarkowski is also on Newcastle’s radar, as the Burnley player’s contract expires next summer.

Therefore, the Clarets might be willing to sell him in the winter rather than risk losing him for nothing a few months later.