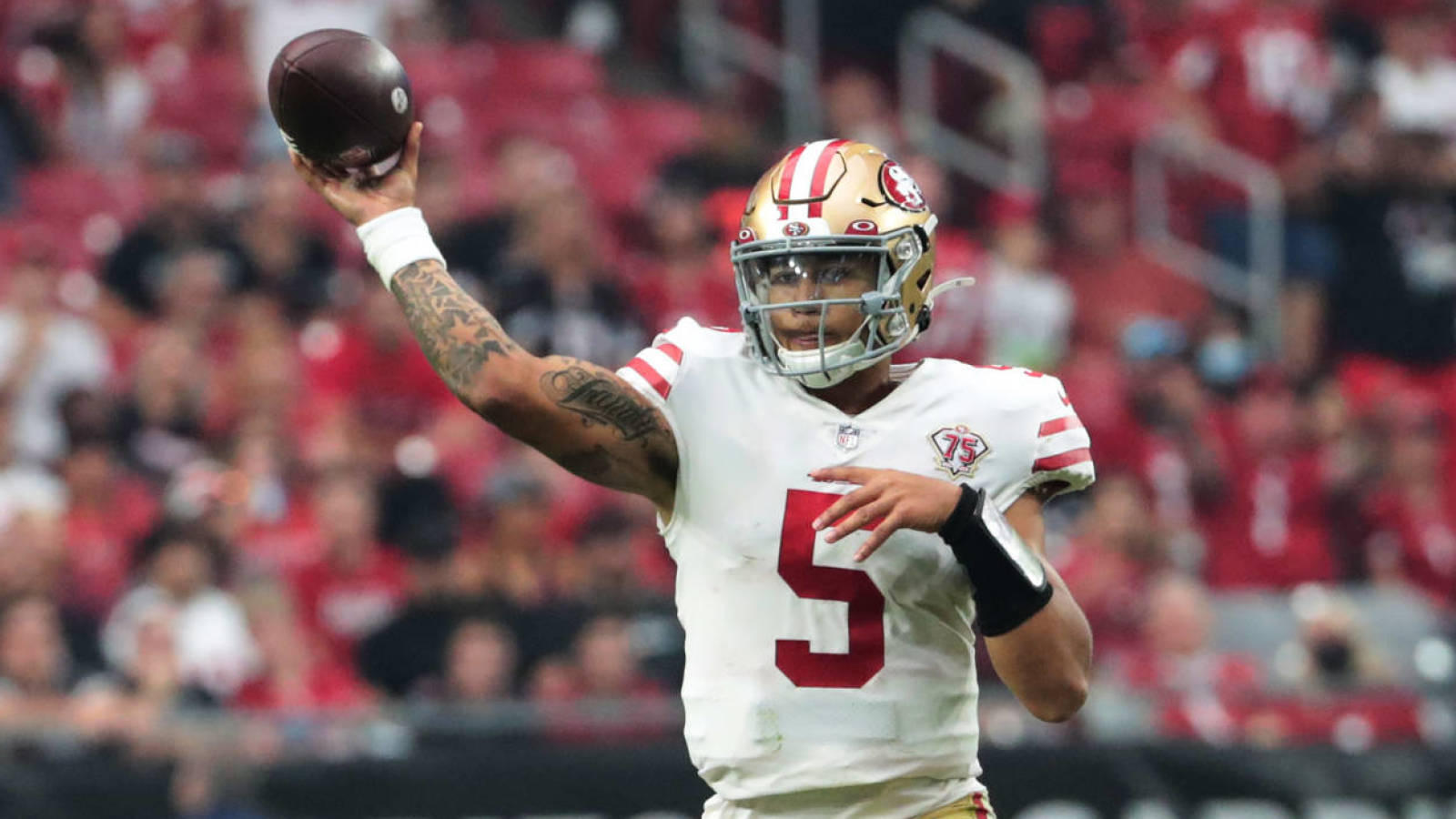 Per Michael David Smith of Pro Football Talk, San Francisco 49ers head coach Kyle Shanahan remains committed to starting veteran quarterback Jimmy Garoppolo over rookie and third overall draft pick Trey Lance once Garoppolo has recovered from the calf contusion that kept him out of Sunday’s 17-10 loss to the unbeaten Arizona Cardinals that dropped the Niners to 2-3 on the season.

Shanahan may have no other choice than to go to Jimmy G following the bye week.

The coach told reporters Monday that Lance has a knee sprain and could miss the Week 7 showdown with the Indianapolis Colts on Oct. 24. Lance made his first professional start against Arizona filling in for the injured Garoppolo and completed 15-of-29 passes for 192 yards with no touchdowns, one interception, and a team-high 89 rushing yards.

“We’ll re-evaluate him at the end of the week to determine his status for next week,” Shanahan said of Lance, according to David Bonilla of 49ers WebZone. “We really won’t know whether he’s got a chance versus Indy until next week, but he’s got a chance. It’s possibly one or two weeks. We’ll have to wait and see.”

An MRI ruled out the possibility that Lance suffered a serious injury. Shanahan added it’s unknown when the signal-caller sprained his left knee and that he “didn’t feel it until he was in bed last night.” Currently, practice-squad player Nate Sudfeld is San Francisco’s only healthy quarterback, but it’s unclear if Garoppolo will be good to go by Oct. 24.

Indianapolis enters its “Monday Night Football” game against the Baltimore Ravens at 1-3 on the season. Baltimore begins the evening at 3-1.