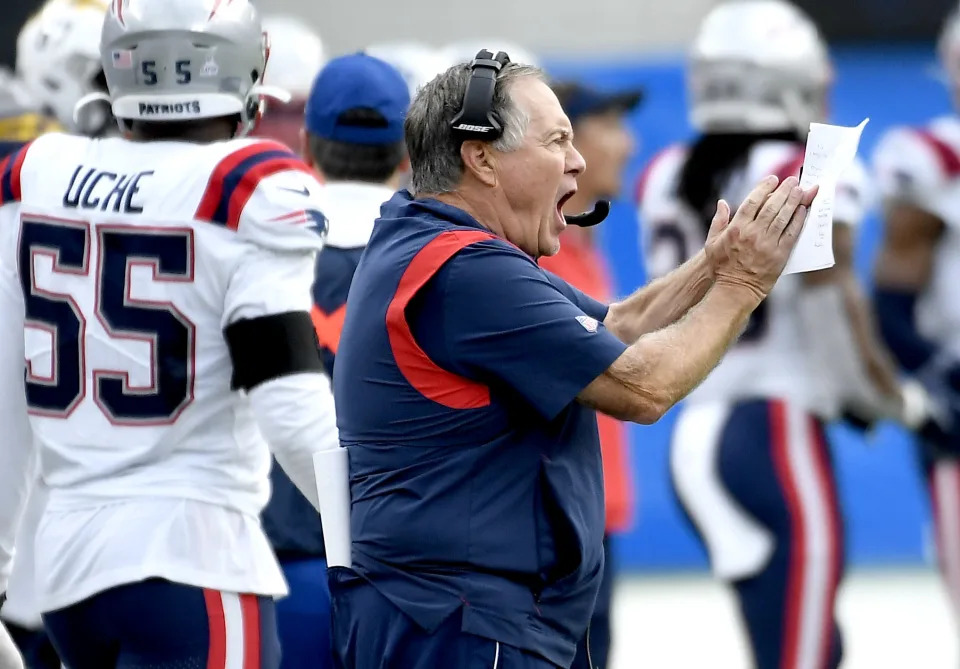 Bill Belichick deserves votes for both the Coach of the Year award and the Executive of the Year award. Both Coach Bill and GM Bill — yes, two alter-egos of the same man — have worked together to perfection. Belichick took the 2019 version of his team — with cap issues, a string of bad drafts and the impending departure of Tom Brady — and converted the Patriots into this 2021 version, a Super Bowl contender.

With Belichick, it’s just another ho-hum transformation. Anywhere else? It would be a masterpiece of personnel management.

It was hard to imagine the Patriots, in their supposed rebuilding year, finish 7-9. And it was even harder to imagine New England looking ready to compete for a Super Bowl in such a short time. So let’s look at the moves that have helped the Patriots move back into relevance.

Every good rebuild must start with a quarterback. So while Jones is not necessarily the top reason for the team’s on-field success, he is not a detriment in any way. His salary is controlled by the rookie wage scale, which means the Patriots have the freedom to spend to build a team around him. And his production is very solid, with the rookie QB buying into the Patriots’ ball-control offense.

He has been an exceptionally perfect fit for the organization. It has been a massive reason why the future is bright in New England.

Here’s one of those signings that a cheap quarterback allowed the Patriots to execute. They added Judon for a massive total: four years, $54 million.

He has tallied 12.5 sacks this season, which has helped open up rushing lanes for defensive tackle Christian Barmore and defensive end Deatrich Wise. Judon has also developed enough pressure to help the secondary, by shortening the length of time that a quarterback can drop back. He’s also been an energizing presence in the locker room.

The Patriots added Jackson as an undrafted free agent in 2019. Now, he’s one of the best cornerbacks in the NFL. That’s a credit to Jackson, without a doubt. But it’s also impressive work from Belichick and his staff for 1) identifying the talent and 2) developing that talent.

It’s hard to say which defender has been more important to the Patriots this year: Jackson or Judon.

Assembling one of the best offensive lines in the NFL

This group is years in the making, with some players returning for a second stint with New England.

Belichick found center David Andrews as an undrafted free agent, and kept him around to the point where he’s a perennial captain.

Belichick splurged for RG Shaq Mason in a rare opening-of-the-wallet for an in-house talent.

Belichick drafted LT Isaiah Wynn in the first round, and while he may not last with the Patriots much longer, he has been solid considering what he’s getting paid.

Ted Karras seemed like an odd signing, but he has taken over at left guard, replacing Michael Onwenu, an outrageously good backup.

And finally, there’s Trent Brown, a monster in the running game. The Patriots traded for him at the end of his lucrative deal with the Raiders.

We discussed this in our podcast, but Belichick knew that he couldn’t fail to add at least one sensational talent at both tight end and receiver. Considering how often free agents end up busting after moving teams, the Patriots coach did something smart. He created a redundancy. Knowing how important it was that the Patriots get a TE1, Belichick signed Hunter Henry and Jonnu Smith in free agency for big deals.

And it’s a good thing. too. Smith, the first tight end, has underwhelmed. If Belichick had stopped at Smith, the Patriots might have issues on offense. Henry has scored seven touchdowns this year.

It’s a similar story at receiver, where they added Nelson Agholor and Kendrick Bourne. And while Agholor is a useful chess piece, stretching defenses, Bourne is putting up the production, leading the team in receiving yards and receiving touchdowns.

The Patriots have clearly tried to replace their kicker by adding rookies over the last few years. But Folk persists. He’s an incredibly reliable kicker in a league where you need one to succeed. He is 33 of 36 on the season.

The Patriots watched while Brown, Karras, Jamie Collins and Kyle Van Noy made big money at other spots around the league. And now they’re back with the Patriots, in most cases at a discount.

New England has a knack for replacing talent and, politely, letting their stars move on to a paycheck from another team. But they never shut the door. Keeping the relationship amicable helps set up returns like the ones they’ve had this year. All four players have been extremely impactful.

Belichick has revealed Steve Belichick is calling plays for the defense. So it seems like he is the de-facto defensive play-caller. But the Patriots are being particularly mysterious about Steve’s role — with Jerod Mayo and Bill clearly pitching in. What is everyone doing? Very unclear. Whatever their workflow looks like, it’s working.

The Patriots defense has allowed the fewest points per game (15.4) in the NFL and the third-fewest yards per game (310). It has been remarkable, with the defense coming up with clutch takeaways and fourth-quarter stops during the team’s seven-game win streak.