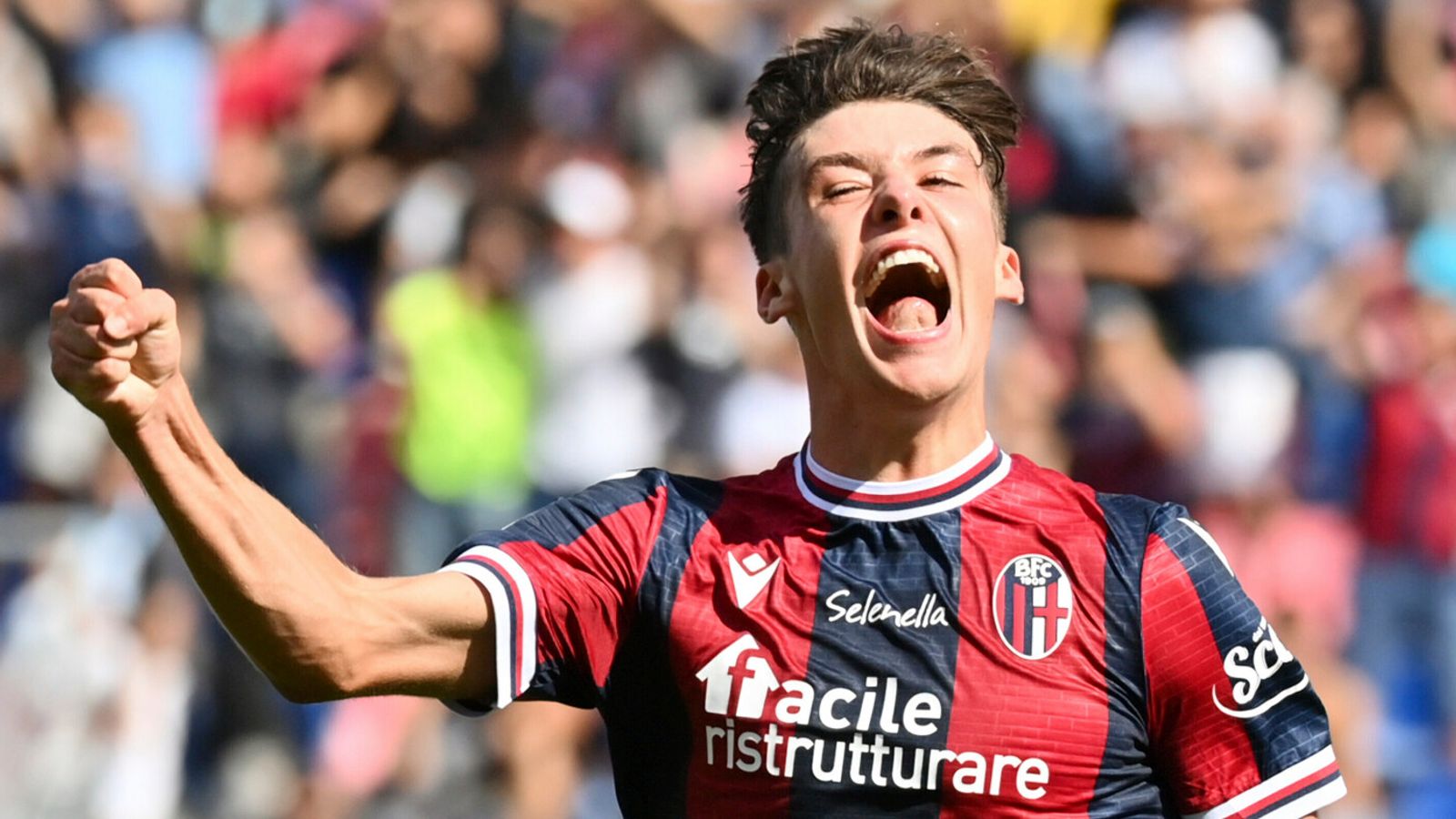 The Scotland U21 full-back has signed a long-term contract with the west London club and the deal represents the first piece of transfer business for Thomas Frank this summer.

The £14m fee will rise to £18m if performance-related add-ons are met during Hickey’s time at Brentford, who are preparing for their second successive season of top-flight football.

Sky Sports News exclusively revealed Brentford’s interest in Hickey in January – and they attempted to sign him then.

Meanwhile, talks are still ongoing between Brentford and Hull City over a deal for forward Keane Lewis-Potter.

The Bees have made Hull a significant offer and the player wants to move to the Premier League club.

Brentford manager Frank revealed this week he is “optimistic” over Christian Eriksen’s chances of committing to the club, despite the Danish midfielder’s agreement with Manchester United.

Sky Sports News revealed last week that Eriksen has agreed in principle to move to Old Trafford on a three-year deal, after the short-term Brentford contract he signed in January expired on June 30.

But speaking to Danish publication B.T., Frank said: “Right now he’s not a Brentford player, but he’s not a player for anyone else either.

“It may well be that right now it seems to be a different place than with us, but let’s see now.

“I have to be optimistic, but I also read newspapers. Lets see what happens. I communicate with Christian, but we keep it to ourselves until he is either signed here or somewhere else.”

Brentford fixtures: Leicester and Man Utd first up for Bees

Brentford will begin the 2022/23 season – their second as a Premier League club – with a trip to the King Power Stadium to face Leicester on Sunday August 7.

The Bees were due to visit Brendan Rodgers’ side on August 6 at 3pm but the game was postponed for 23 hours due to the Caribbean Carnival taking place in Leicester city centre on that Saturday.

Thomas Frank’s Bees then host Erik ten Hag’s Manchester United at the Brentford Community Stadium a week later on August 13 and face rivals Fulham in the first west London derby of the season at Craven Cottage on August 20; the return clash will be played on Saturday March 4.

Brentford welcome newly-promoted AFC Bournemouth to the capital at the start of a busy October, which includes another all-west-London clash with Chelsea – who they thumped 4-1 at Stamford Bridge last season – on October 18.

On November 5 they play Nottingham Forest at the City Ground and, the following week, travel to the Etihad Stadium to face Manchester City in the final game before the Premier League pauses for the 2022 World Cup.

Frank’s side return to action on Boxing Day, when they play Tottenham at home and close the year with a trip to take on West Ham on New Year’s Eve. Their final game of the season is at home against current champions Manchester City.