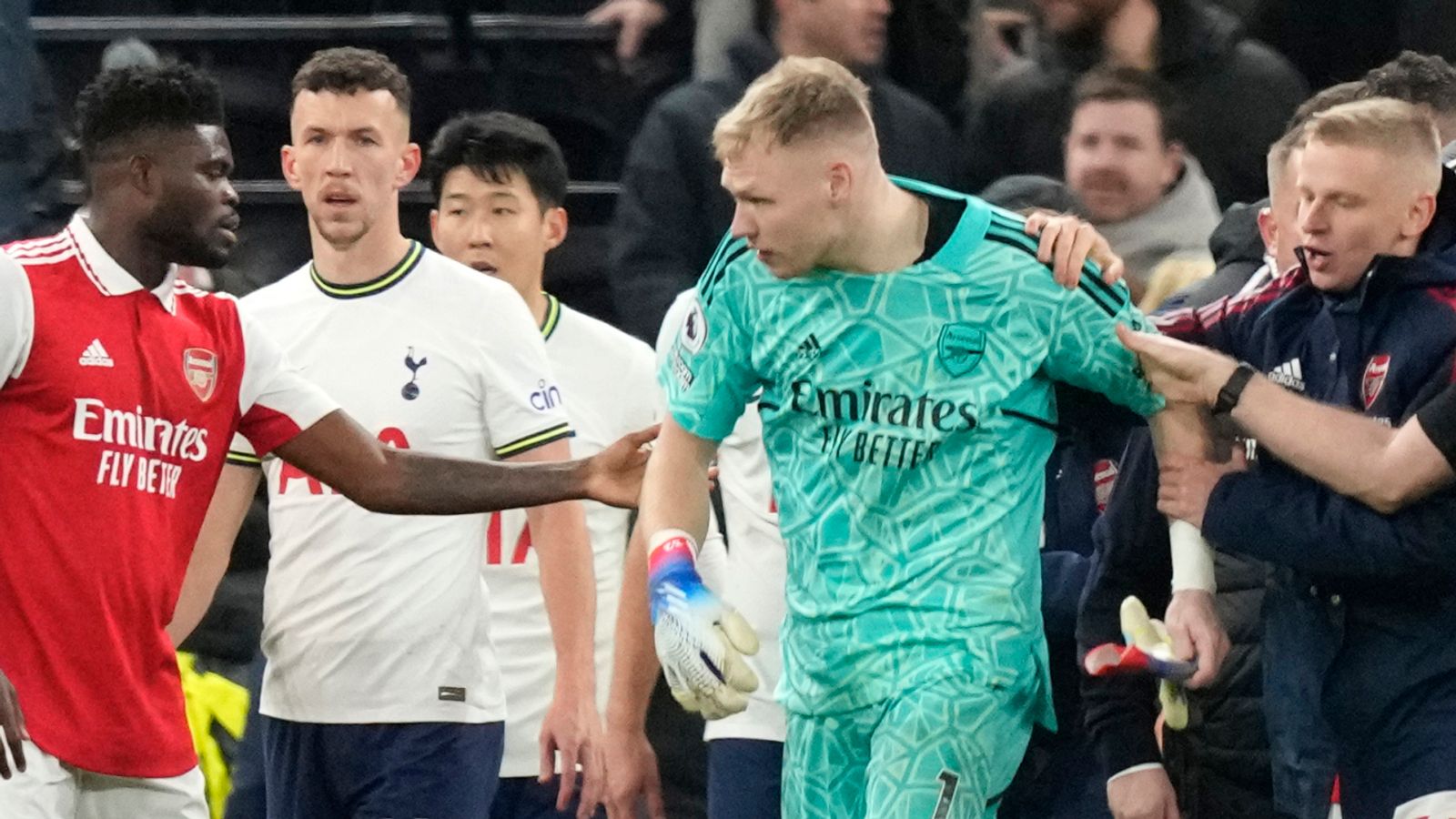 Arsenal goalkeeper Aaron Ramsdale was kicked by a fan after Arsenal’s 2-0 win at Tottenham in the North London derby.

The Gunners outclassed their local rivals to move eight points clear at the top of the Premier League, but there were ugly scenes after the final whistle.

After an apparent exchange of words with Richarlison, Ramsdale was on the receiving end of a kick from a supporter who had climbed on the pitchside advertising boards.

Ramsdale told Sky Sports: “The Spurs fans were giving me some and I gave them some back. The few people I did do that to was well greeted [by them] and sportsmanship-like and then I’ve had someone jump over and give me a [kick] on the back. It’s a shame as it’s just a game of football. 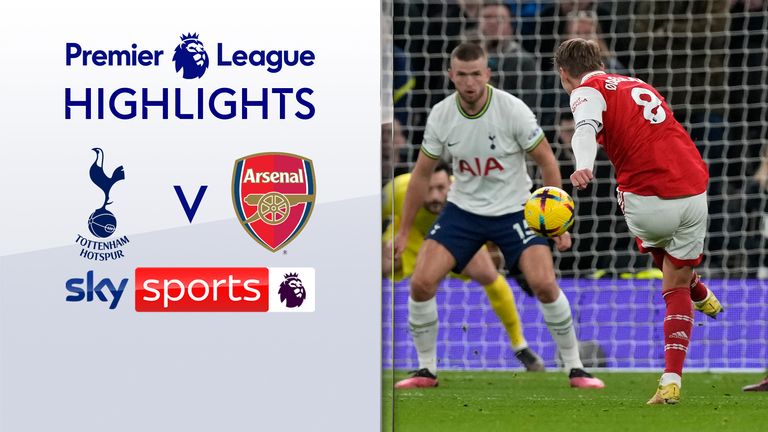 Highlights from the Premier League match between Tottenham and Arsenal

“Both sets of players had to bring me away. Thankfully, nothing drastic happened, and it’s a sour taste. I’m sure we’ll enjoy it when we go back to the dressing room.”

“It’s unacceptable from the Spurs fan. Ramsdale had been getting stick all game and he reacts – that’s part of football, you’re going to get stick.

“But for a fan to do that and to try and kick a player on the pitch, it’s unacceptable. I’m sure Spurs will act accordingly. He should not be allowed in football stadiums that guy. It’s out of order.”

Tottenham defender Eric Dier said of the incident: “I didn’t see it, but obviously it’s just unacceptable really. There’s nothing more I can say other than it’s unacceptable and it shouldn’t have happened.”

PFA: Players have right to be safe in their place of work

A PFA statement read: “Violence towards players is completely unacceptable. These types of incidents are happening far too often.

“Players have a right to be safe in their place of work. When a player is attacked we expect the laws and regulations that are in place to protect them to be properly enforced.

“As the players’ union we treat this as a priority issue. We will be continuing to work with the authorities to demand that players and staff are better protected in their place of work.”

Former Arsenal and England striker Lianne Sanderson tweeted: “That idiot that kicked or tried to kick @AaronRamsdale98 should be banned for life. Hate seeing things like that. What on earth is wrong with people.”