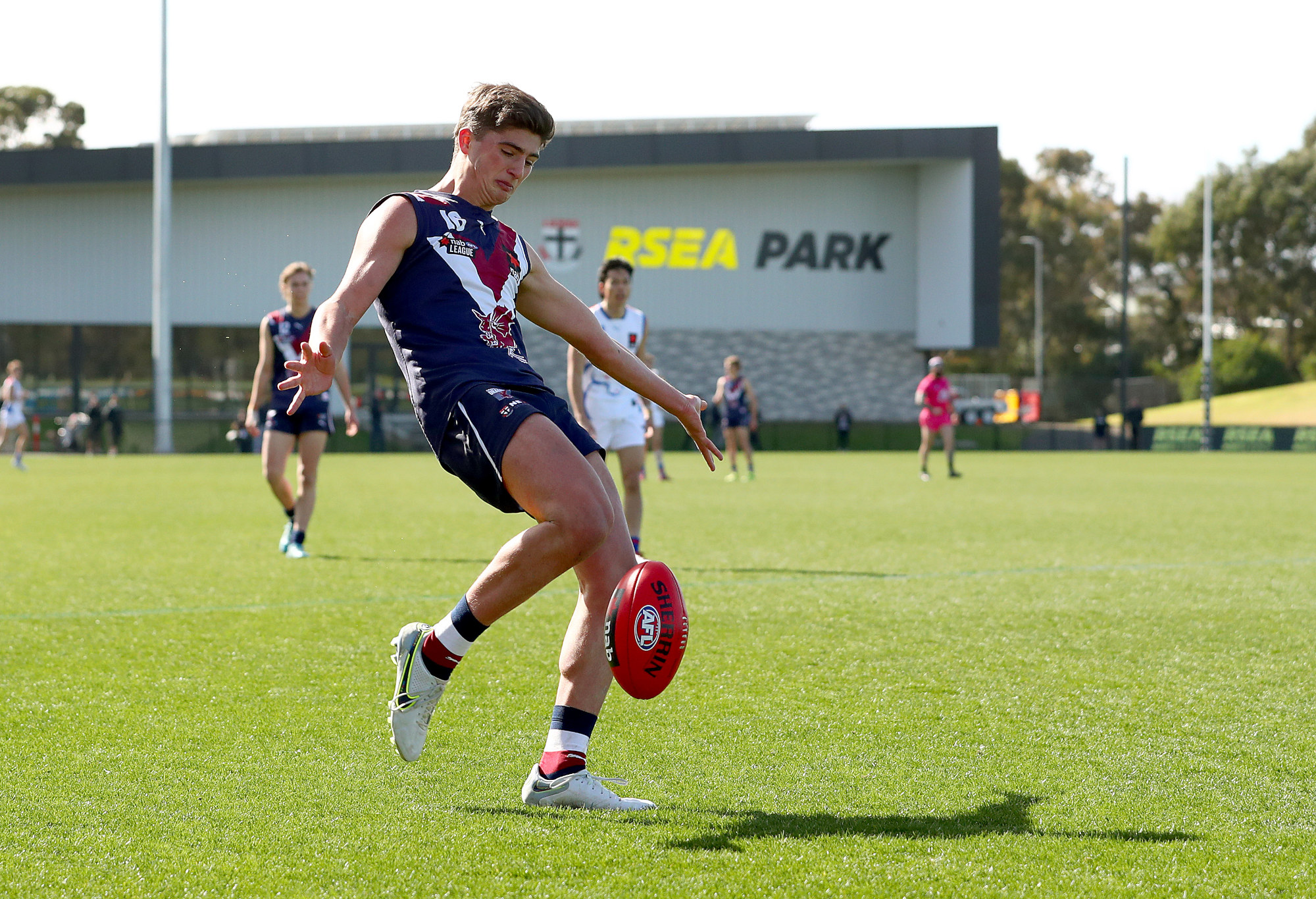 Harry Sheezel has responded to vile anti-Semitic comments on social media as he prepares to join an AFL club at Monday night’s draft.

The 18-year old is set to become the first Jewish footballer at the highest level since former Richmond player Ezra Poyas played the last of his nine AFL games in 2002 – though North Melbourne ruckman Todd Goldstein does have Jewish heritage through his father – and is tipped to join the Kangaroos with one of their picks at 2 or 3.

However, a Facebook post by The Age celebrating his achievement was marred by vile slurs in the comments, referencing Jewish stereotypes as well as the Holocaust.

The outlet has since removed the post and apologised to Sheezel and the Jewish community, with acting editor Michael Bachelard describing the attacks as ‘disgraceful and disappointing’.

“It’s disgraceful and disappointing that sewer-dwellers on social media took such a story and turned it into an excuse for vile antisemitic abuse,” Bachelard said.

“As this is, unfortunately, growing more common, we normally use our discretion to block comments on stories that even mention the religion or race of a person.

“On this occasion, unfortunately, the story was posted at a busy time – the evening of the state election – and the usual, cautious practice was overlooked.

“Comments were not blocked or adequately moderated until the issue was drawn to our attention, when the situation was rectified. For this, we apologise to Harry Sheezel and the broader Jewish community.”

Sheezel told The Australian on Monday afternoon that he plans to ‘just focus on my football’, but admitted he found the slurs ‘disrespectful’.

“I think they’re just ignorant and uneducated and they’re probably not sure about the impact that stuff can have, but to be honest, I don’t let that stuff affect me,” he said.

“I just think those people probably need to learn and they need to find out that that’s not right or tolerated in today’s society.

“I just try to move on from that, just focus on my football.”

Chair of the Anti-Defamation Commission and Jewish community spokesman Dr Dvir Abramovich has called for AFL clubs to undertake a full investigation of the commenters, and issue bans to any found to be club members.

The number of revolting posts that have targeted Harry Sheezel on Facebook is alarming, and points to a large-scale normalisation and acceptance of bigoted, hateful speech that is a hallmark of social media today,” Dr Abramovich told the Herald Sun.

“Some of the ugly, hurtful expressions that I have seen shared about Mr Sheezel are not only stoking the flames of intolerance but are recycling age-old blood libels and stereotypes of Jews that would make neo-Nazis very proud.

“I hope that every AFL team takes the time to see if these trolls are club members, and if they are, expels each one.”