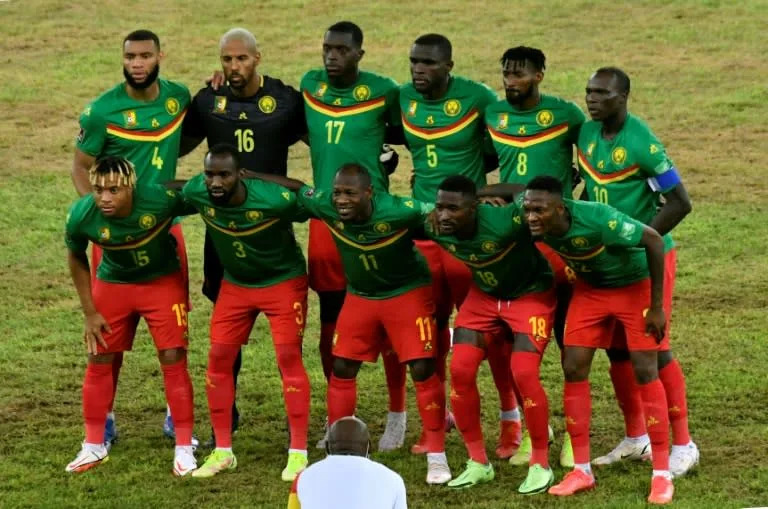 The Africa Cup of Nations, kicking off Sunday in Cameroon after a delay over Covid concerns, is also posing major security, political and organisational challenges for the host nation.

Some were fearing yet another postponement, with African football chief Patrice Motsepe saying late last month that the rapid spread of the Omicron variant in a country with a low vaccination rate is “an enormous challenge”.

The African Football Confederation (known by its French acronym CAF) has set down draconian rules that may bar fans from entering stadiums en masse.

Spectators must be fully vaccinated and show a negative PCR test less than 72 hours before a match.

Stadium capacity is set at 60 percent though it will be increased to 80 percent when Cameroon’s own “Indomitable Lions” play — notably, in the opening match against Burkina Faso on Sunday.

Motsepe, a South Africa mining tycoon, has already acknowledged the risks presented by a proliferation of false tests.

Covid is already having an impact with Senegal delaying its departure for the tournament, after three players tested positive and tiny Gambia saying it is facing a “catastrophe” because it is not allowed to replace players hit by Covid.

Few people wear masks and only 2.4 percent of the population has been vaccinated in the country led for nearly four decades by strongman Paul Biya.

The authorities are also struggling with separatist gunmen in the west and jihadist raiders in the north — and some fear militants will seize the country’s turn in the sporting spotlight to launch attacks.

Security forces in the west are on high alert after armed groups sent threatening messages to teams in Group F, gathering Tunisia, Mali, Mauritania and Gambia.

The four teams are scheduled to play in the coastal town of Limbe, and their training site is Buea, a hotspot of separatist unrest.

“The threats are very serious,” Blaise Chamango, head of an NGO in Buea called Human Is Right, told AFP by telephone.

Cameroon was chosen in 2014 to stage the African football showcase in 2019 but fell behind with preparations. Egypt stepped in at the last minute to host the event in Cameroon’s place.

The 2021 tournament was postponed twice, first because of fears that torrential seasonal rains could affect the tight schedule, and then because of the Covid pandemic.

But major infrastructure projects were also at issue, with the flagship Olembe complex in the capital Yaounde still not fully completed.

Cameroon’s hardline President Biya, 88, has looked to the hosting of the African football fiesta as a way to burnish his international image following his latest disputed election victory in 2018, handing him a seventh term.

Late last month, dozens of activists from the main opposition party were given prison terms of up to seven years for taking part in peaceful protests against his rule.

In Yaounde, Biya’s portrait often appears besides ads for the football tournament.

“He has always used football as a political tool to rally Cameroonians and surf on their success,” said Jean-Bruno Tagne, author of “The Tragedy of the Indomitable Lions.”

Some in the opposition and civil society have also denounced “the indecency” of the cost of organising the cup in a country whose poverty rate has hit nearly 40 percent and a third of the population lives on less than two euros a day, according to the World Bank.

“If Cameroon wins, Cameroonians can forget everything. But if it goes badly, there will need to be scapegoats and heads will certainly roll,” political scientist Stephane Akoa said.