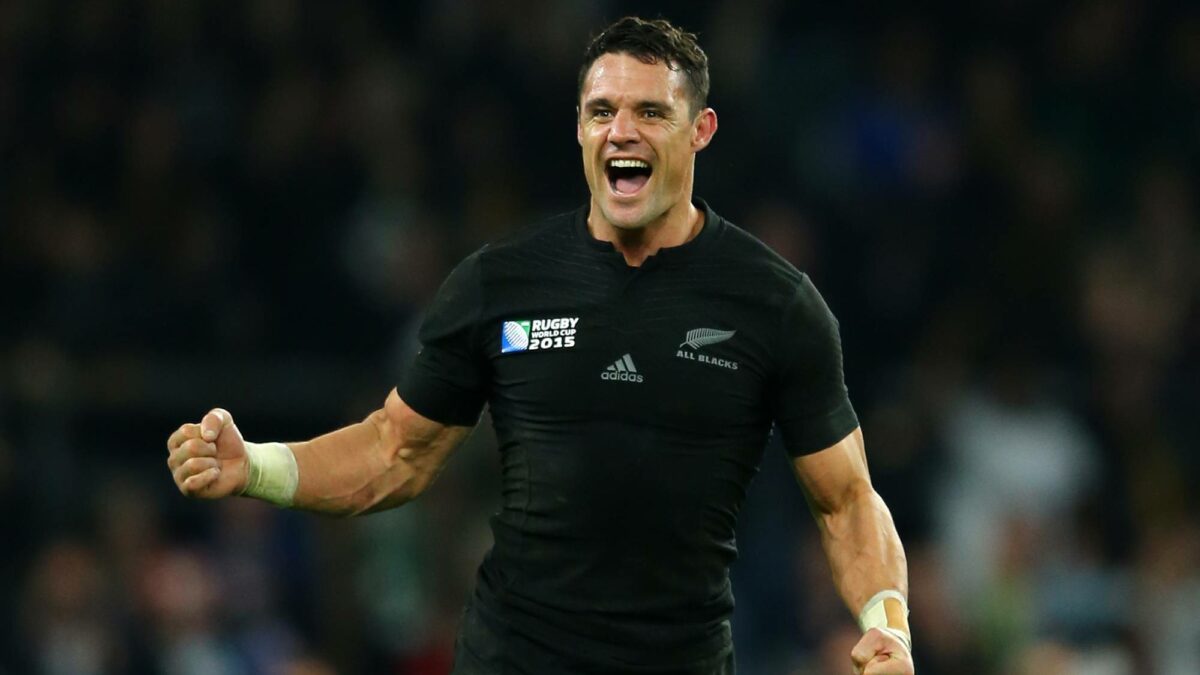 All Blacks legend Dan Carter has revealed the heavy toll of facing the 2007-2009 Springboks team, while also declaring Jonny Wilkinson his greatest opponent.

Carter, speaking on the Aotearoa Rugby Pod this week, said Wilkinson, who lead England to their 2003 World Cup final win over Australia, was “was an absolute student of the game.”

He said he got an early insight into Wilkinson, a week before making his Test debut for the All Blacks.

“It was a wild, windy Test match down in Wellington, I was on the bench and I hadn’t played a Test match for the All Blacks, and he just took that game and, as a 10 that wants to control a game, I’ve never seen anything like it,” said Carter.

“I got the best seats in the house on the bench. Part of me was going, ‘Man, do I really want to get on here because he’s just completely dominating this game’.

“Thankfully I didn’t. I made my debut the following week, which was a much better game to remember, but I just remember sitting there going, ‘If I ever do play 10’ – I was playing 12 a lot then – ‘this is how you need to control a game’.

“I had a huge amount of respect for him and playing against him.”

Carter said the Springboks that won the 2007 World Cup and went on to dominate the All Blacks in the 2009 Tri Nations was the toughest he faced.

“They were quite dominant, there was a real Blue Bulls style to their play back then,” Carter said.

“It was brutal. Every time you played against the Boks, you knew that you were going to be sore until Wednesday or Thursday.

“It was like I had a target on me. Victor Matfield, Bakkies Botha, Schalk Burger, Pierre Spies – they were all just big, athletic human beings and they were really dominant in that time.”

Brett McKay and Harry Jones are joined by special guest Jonathan Kaplan on the latest edition of The Roar Rugby Podcast. Stream it here or on your preferred podcast app.

Carter listed Richie McCaw as the best teammate he had played with.

“His actions were some of the best leadership that I’ve ever seen,” Carter said. “It would just inspire you being right next to him and seeing it first-hand. It was like, ‘Right, okay, I’m going to do the same’.”

Carter said the best All Blacks team he had played with in a 12 year international career spanning 112 Tests was the 2015 World Cup side at the end of his career.

“My mind automatically goes back to the 2015 team. To create history, probably more so for me because it was such a special moment to finish my All Black career on such a high. 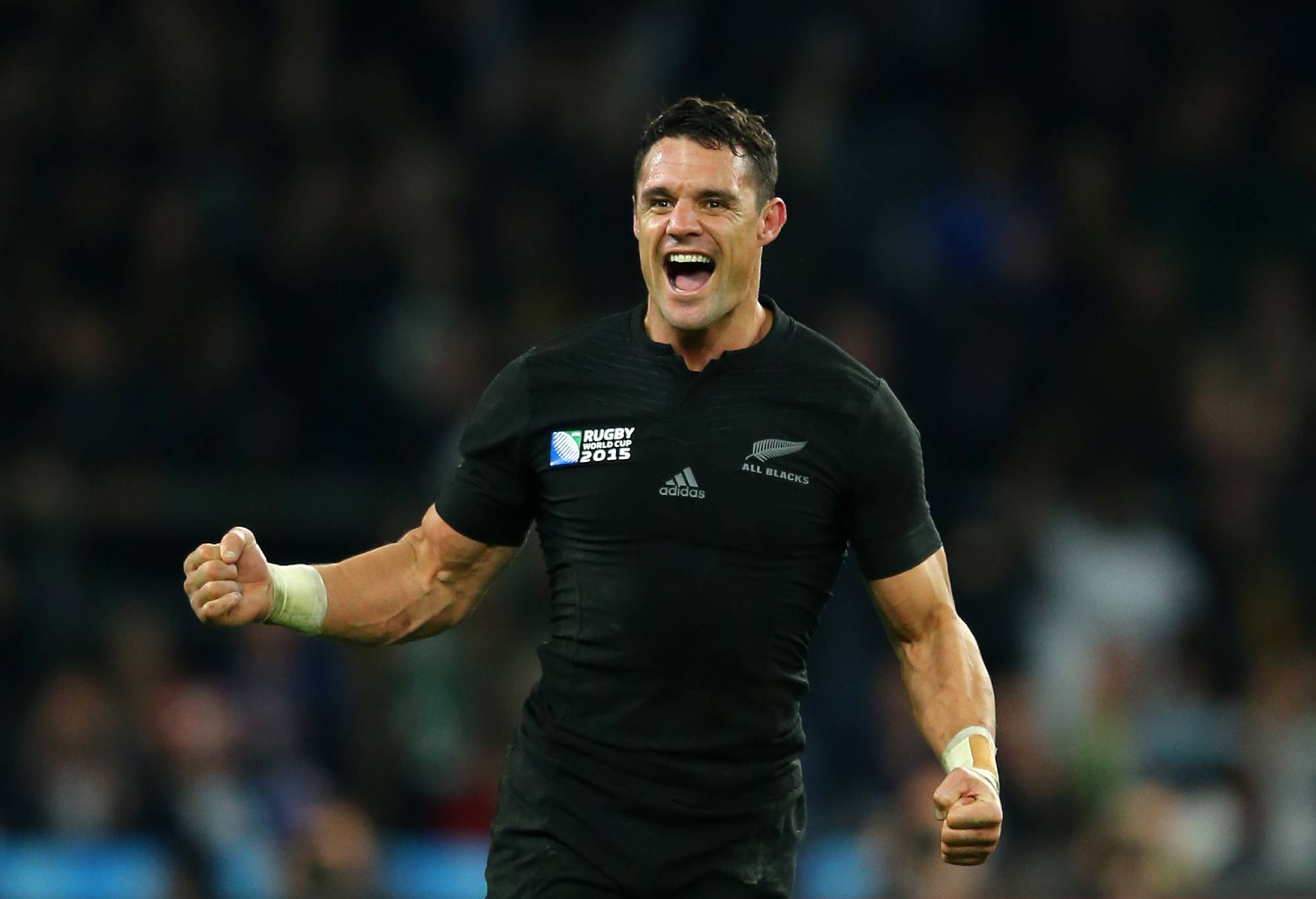 “Helping the team win back-to-back World Cups, first All Blacks team to win a World Cup outside of New Zealand, it was a pretty special and unique team in the fact that seven guys had played 100 test matches, or close to 100 test matches, all finished – some good mates of mine – on the same night as well.”

ACT Brumbies back Jesse Mogg will miss at least six weeks after suffering a posterior cruciate ligament (PCL) injury early in the loss to the Reds.

Mogg landed heavily after jumping for a kick.

“It’s a PCL so we’ll just give him long term there do the right thing and take it slowly,” said Brumbies coach Dan McKellar. “I couldn’t give you a set time but he’ll be out for at least six weeks.

“It was a contestable kick, he was brave in the air and won the ball back but unfortunately all his weight went through his knee.”

McKellar had some more encouraging news for Wallabies No.10 Noah Lolesio, who remains sidelined with an ankle injury.

The coach said he was earmarked for a return in three weeks against the Highlanders – the team has a bye after this week’s game against Fijian Drua, where Rod Iona will remain at No.10.

Lolesio has been frustrated by the nagging injury.

“I probably didn’t think it was that bad at the start. It’s a little setback, just a little ankle niggle,” Lolesio told rugby.com.au

“The plan is to start running again this week and the bye, with the aim to be back hopefully the week after against the Highlanders. “It’s always tough watching, especially when the boys went down to the Reds so I’m trying to help out as much as I can whether that’s off-field or talking to the boys about tactics.

“No one likes being injured but I’m just trying to contribute off the field as best I can without being too in control because I’m not on the field and let the boys do their thing.”

Blues winger Caleb Clarke lost his appeal against his red card suffered against Moana Pasifika and has been banned for three games.

SANZAAR’s decision meanns the All Blacks rep will miss games against the Chiefs, Crusaders and Fijian Drua.

Clarke was sent off in the 52nd minute of the Blues’ 46-16 victory over Moana in what coach Leon MacDonald called as a freakish incident – he mistimed an attempted charge-down on Tomasi Alosio and made contact with his opponent’s head.

“You can understand why they called a red card,” said MacDonald. “There was contact to the head and it’s about player safety and that’s important. Then you look at Caleb and go he was trying to charge the ball down and he wasn’t that far away from getting it. 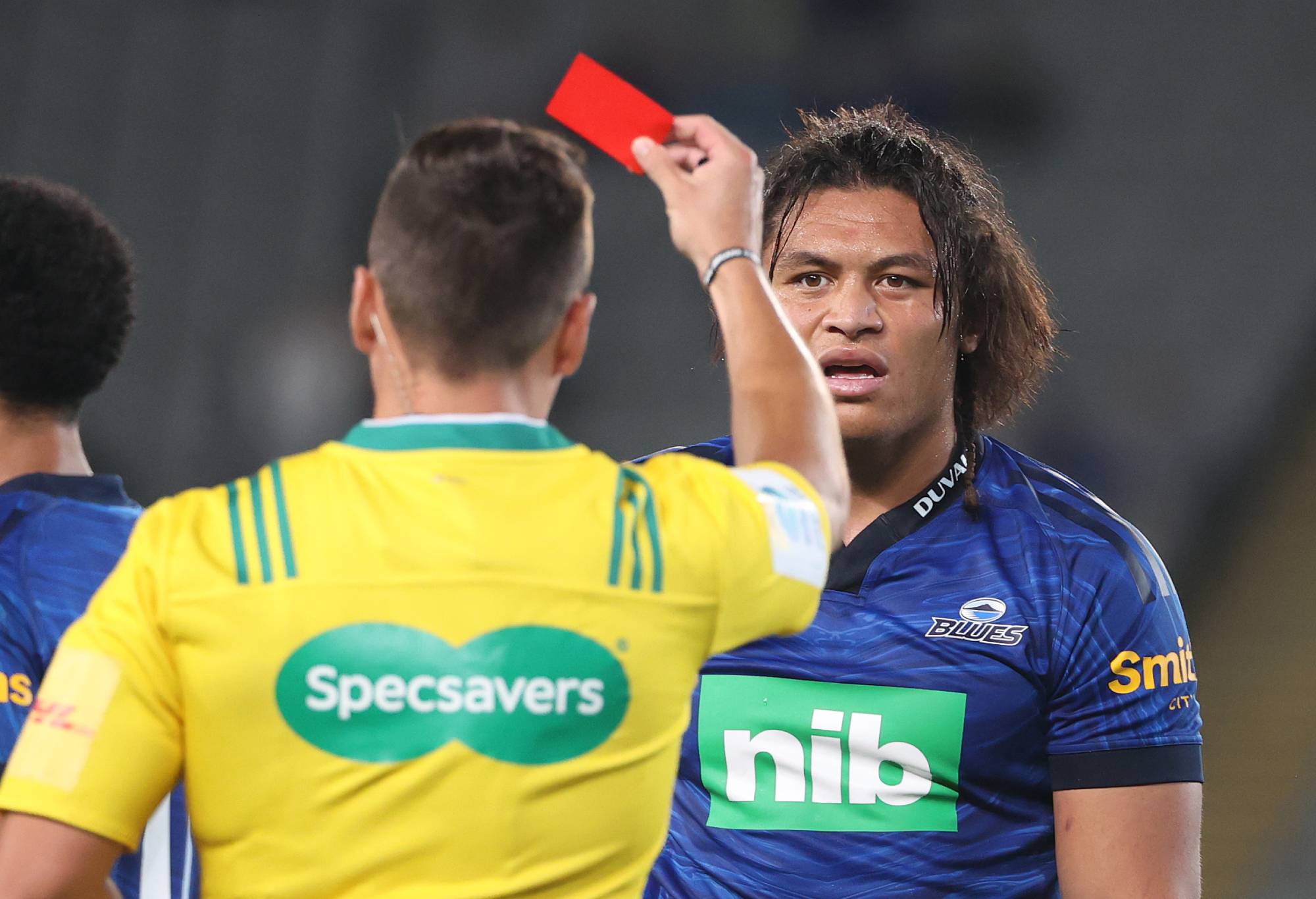 “My whole career I’ve watched players do that but we haven’t seen that sort of contact. It’s probably his fault for being so athletic and jumping so high.

”Rugby is dynamic, it’s quick, and things do happen. I feel sorry for Caleb. There is no malice in it. He’s genuinely trying to charge the ball down and here he is on the sidelines. It’s a tough call.”

Santiago Medrano will depart the Western Force at the end of the current Super Rugby Pacific campaign to join Worcester Warriors., the club said in a statement.

The Argentinian international prop will be linking up with the English Premiership side after two seasons with the Force.

Having joined from Jaguares last year, Medrano has built a reputation as a skilful and hard-working front-rower who puts his body on the line each week.

Medrano said he relished his time in Western Australia.

“I’ve really enjoyed playing for the Force and feel that I’ve learned a lot as a player and as a person,” the Argentinian explained.

“I’d like to thank all my teammates, coaches, and staff for making my time here so memorable.

“A special thanks to the Sea of Blue who gives us such great support every week and are the best crowd in Australia. I hope we cross paths again in the future.”

General Manager of Rugby Matt Hodgson thanked Medrano for his contributions to the club.

“Santiago has been a consistent performer who plays with the utmost pride and passion,” Hodgson said.

“Coming from Argentina he adapted swiftly and whole-heartedly bought in the Force culture.

“He is a man that always puts the team first and on behalf of the entire organisation I wish him all the very best for the future.”

Louis Lynagh has admitted he’d love to play for England in the forthcoming tour against the Wallabies, the side his dad Michael once steered to win the World Cup.

But the young winger accepts the best way to achieve his international goal is to remain focused on his club form with London side Harlequins.

The race to secure the nationality of the Treviso-born back was thrown into sharp focus last season when his tries against Bristol and Exeter helped Quins secure a remarkable Premiership title.

Lynagh is eligible to represent the Wallabies, Italy or England, who he’s played for at age-group level having spent most of his life in the country.

Even though the 21-year-old has been included in several of coach Eddie Jones’ squads, he is yet to earn an international debut but was listed as a travelling reserve for the trip to France at the end of last month’s Six Nations campaign.

“Greater things like England and international honours will come only if I play well for Harlequins,” Lynagh said ahead of Sunday’s visit to Top14 leaders Montpellier in the Champions Cup.

“It was a great experience being able to go to Paris and experience that last game with France.

“The atmosphere in the Stade de France was amazing. It is something I will cherish for the rest of my life, my first Six Nations game being able to experience that.

“But the most important thing is if I translate what I have learned in England camps to playing for Harlequins and playing well. That is all I can do.

“I would love to play for England and if I get that opportunity and Eddie calls me tomorrow and says, ‘play for us’ then there is no way I’m saying no!

“Really though, it’s just about focusing on this weekend against Montpellier and then the following weekend and finishing off the season strongly.”

Lynagh first received England recognition when he trained with the squad in September before he was in and around the group for the autumn internationals.

A bout of COVID-19 in March disrupted his time under the watchful eye of Jones but the 11-try wing is happy with the advice he has received, especially with a summer series away to Australia on the horizon.

“Eddie and myself have a really positive relationship and there is a lot of honesty going on when we do have chats,” Lynagh added.

“Overall, I wasn’t even selected in the initial Six Nations group, so to be able to see that progress of getting back into the squad, training there, coming back to play for Quins, then doing well enough to be invited back and go as a travelling reserve to France, I am taking the right steps.

“I have got a really good relationship with Eddie and we have had some really good chats about how I can take my game forward, where he sees me in the future and how it can align with Quins.

“But he has said the most important thing to focus on is playing as much as possible and playing well because the rest will take care of itself.

“That is something my dad has always said to me, as well as saying there is no point worrying about relationships with international coaches until you play well enough to warrant a place there.”