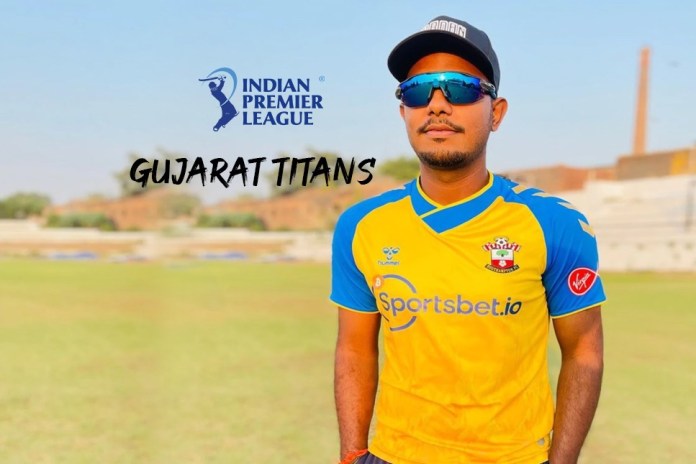 IPL 2022: Who is Yash Dayal? All you need to know about Gujarat Titans Rs 3.2 crore pick at mega auction- Having landed a staggering Rs 3.2 crore deal at the 2022 IPL auction, young left-arm pacer Yash Dayal is living the dream of his father Chandrapal Dayal, who was once a medium pacer. Follow IPL 2022 updates on Insidesport.IN

The 24-year-old from Allahabad was snapped up by the Gujarat Titans at the IPL mega auction on Sunday, bringing immense joy to his family.

Also read: IPL 2022 Auction: From Vaibhav Arora to Yash Dayal, 5 unknown players for whom franchises broke bank for – Check out

“His father was a cricketer. He had played Vizzy Trophy and was also a medium-pacer but for some reasons, could not play further. He is currently working in the AG office in Allahabad. His son fulfilled his dream,” Yash’s coach Amit Pal told PTI.

“He brought Yash to me when he was around 14-15 years old. I was cricket coach at the Madan Mohan Malaviya stadium in Allahabad then. Yash came to me and we started training.”

Pal said like most players who make it big, Yash too climbed up the ranks through age-group cricket.

“He was selected in the U-19 camp, but that time he wasn’t selected for the U-19 team, but he kept working hard and next time, he got a chance for U-23. But then also, he was able to take one or two wickets in a couple of games,” he said.

But then came the turning point, after which Dayal did not look back.

“In the third match against Madhya Pradesh, he took eight wickets, and then started his rise as he got a call up for the Ranji Trophy.

“When Uttar Pradesh took on Mumbai in final of Vijay Hazare Trophy last season, he was selected for the knock-out games and he was also roped in as a practise bowler ahead of the Kanpur test against New Zealand.”

Pal said that Dayal, who has picked 45 wickets from 12 first class matches and made his debut versus Goa, always wanted to become a pacer bowler.

“(When he came in first), he had the talent, then we worked on his skills and no doubt he was talented and used to move the ball both the way, in swing and out swing, then his speed increased. He had 14-15 wickets in the Vijay Hazare Trophy.”

The road ahead is arduous for Dayal and knowing that his coach has advised his ward to keep up the hard-work.

“I told him now you have reached a place where you need to put in more hard work. You need to maintain consistency as you will be playing big cricket, where all players are good and your competition level will increase.

“Now work hard and then think about the future, how you can become a main bowler like Zaheer Khan,” Pal said.