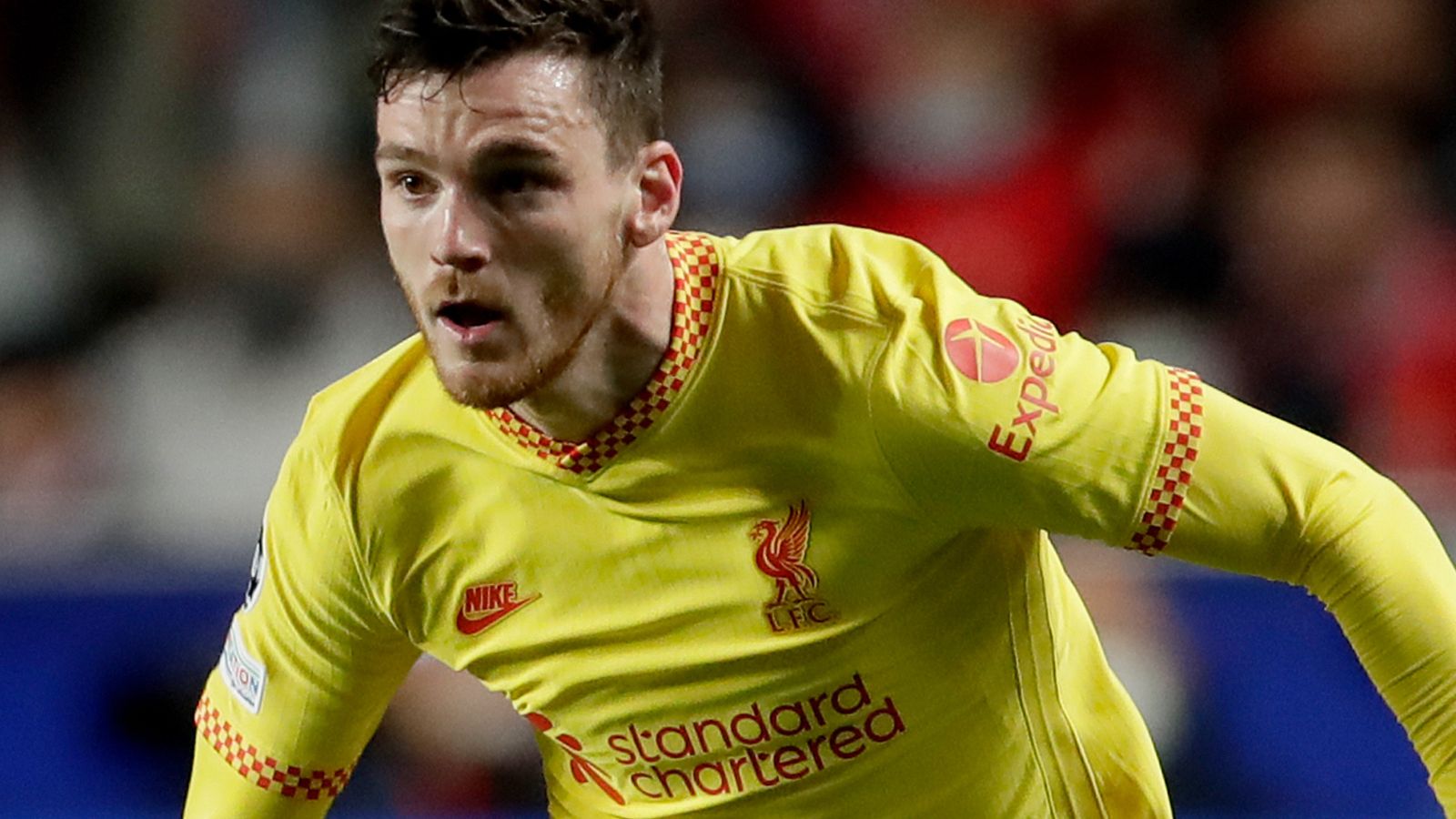 Andy Robertson was targeted with lighters by Benfica fans during Liverpool’s Champions League quarter-final first-leg win on Tuesday but the left-back joked: “Maybe it will help them stop smoking”.

Goals from Ibrahima Konate, Sadio Mane and Luis Diaz secured a 3-1 victory for Jurgen Klopp’s side in Lisbon ahead of next week’s return leg.

During the final minutes of the match, Robertson – who had earlier assisted Konate for his first Liverpool goal – appeared to have objects thrown at him as he prepared to take a corner.

Reacting to the incident after the game, he told BT Sport: “I had quite a few lighters thrown at me – maybe it will help them stop smoking. You’ve got to take the positives. We’ve seen it a lot, people getting hit, luckily they were all quite close to me but they didn’t hit me.

“It’s tough when it’s late in the game and the fans are frustrated but you should not throw stuff onto the pitch. It could hurt people. I was just trying to take the corner and get out of there as quick as possible.”

With Manchester City edging their own Champions League leg tie against Atletico Madrid 1-0, it sees both Liverpool and City with midweek victories under their belts heading into Sunday’s Premier League title showdown at the Etihad Stadium, live on Sky Sports.

Liverpool then face Benfica at Anfield on April 13, with an unprecedented Quadruple still very much on the cards.

“Next week, it’s still a big game,” Robertson said. “We want to be in the semi-final and we’ve still got a lot of work to get there.

“But with our fans at our stadium, we can hopefully get the job done.”

May 15 – Southampton (a) Premier League, live on Sky Sports

With just one point currently separating champions City and Liverpool at the top of the table, the outcome is likely to have major implications for the title race.

Coverage at the Etihad Stadium starts at 4pm on Sky Sports Premier League & Main Event, with kick-off at 4.30pm.

There will be a bumper line-up in the Sky Sports studio with Gary Neville, Jamie Carragher, Roy Keane and Micah Richards all in attendance.