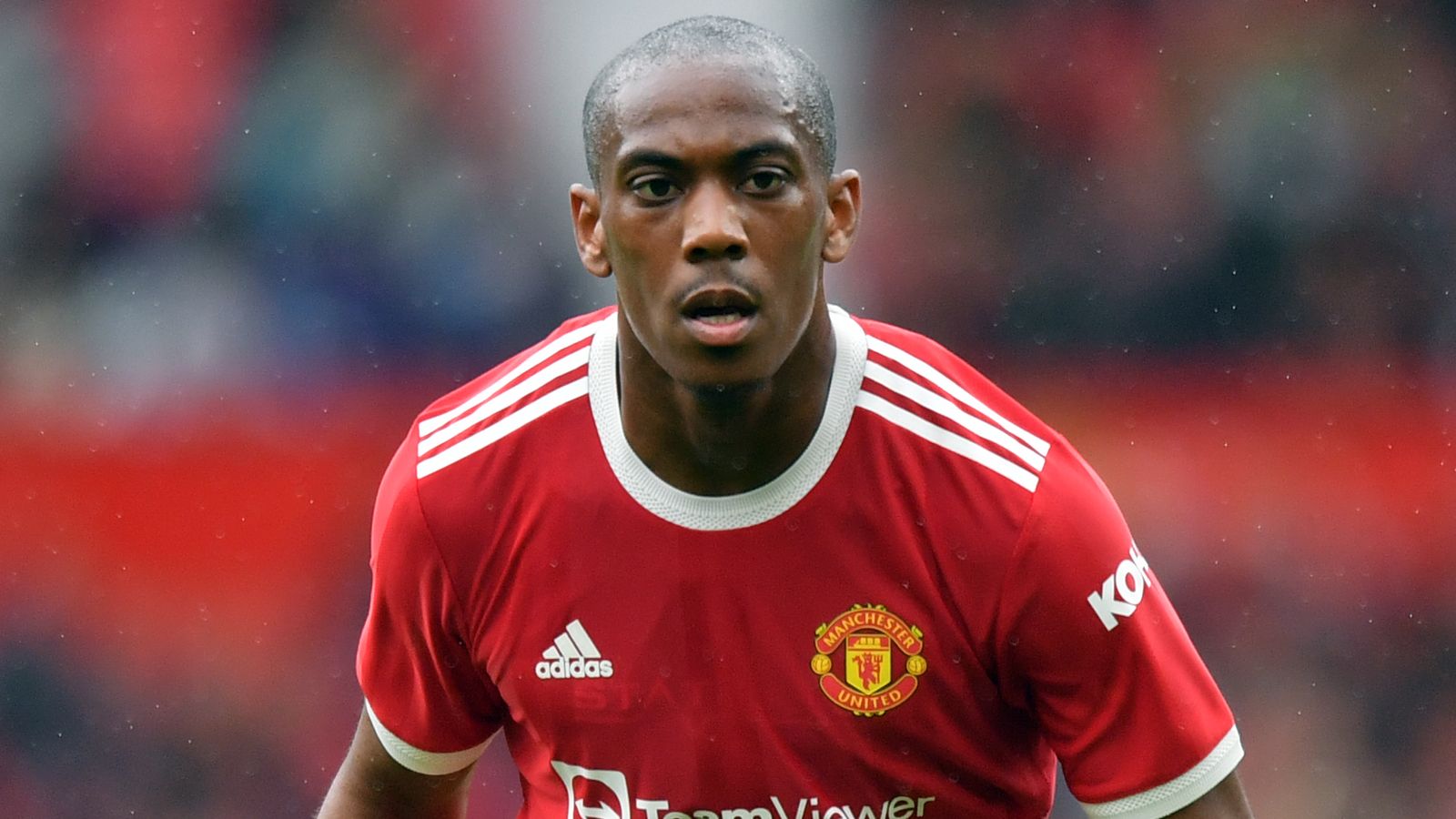 Ralf Rangnick has urged Anthony Martial to speak directly to Manchester United about his wish to leave in January.

Martial’s representative Philippe Lamboley told Sky Sports News exclusively on Friday that the France striker is not satisfied with his amount of playing time and wishes to leave Old Trafford next month.

United boss Rangnick, who sealed his second win since taking charge of the club at Norwich on Saturday, said he has little interest in Lamboley’s statement and that Martial should speak to the club directly instead.

Rangnick said: “I don’t communicate with agents via the media and the press. The player hasn’t spoken with me or with us about it.

“And to be honest what his agent says via media is not that much of interest to me.

FREE TO WATCH: Highlights from Manchester United’s win against Norwich in the Premier League

“I will not speak to the player about it because then I would react to what his agent said. It should be the player, if he really has the wish to go to another club, who informs either the board or myself, whomever.

“But I have never spoken about a player via media and via agents.”

Martial, who has made only two Premier League starts this term despite their struggles under previous boss Ole Gunnar Solskjaer, missed out on the 1-0 victory at Carrow Road because of a knee problem.

Rangnick says he does not know whether Martial will return to contention for the clash at Brentford on Tuesday night.

“After the final training session before the Crystal Palace game, after having trained with the team, he informed the doctor and the medical department that he will not be available because the pain on his knee is too big,” Rangnick said.

“We have to wait and see. Maybe he can train again tomorrow but I have to speak to the doctor first.”