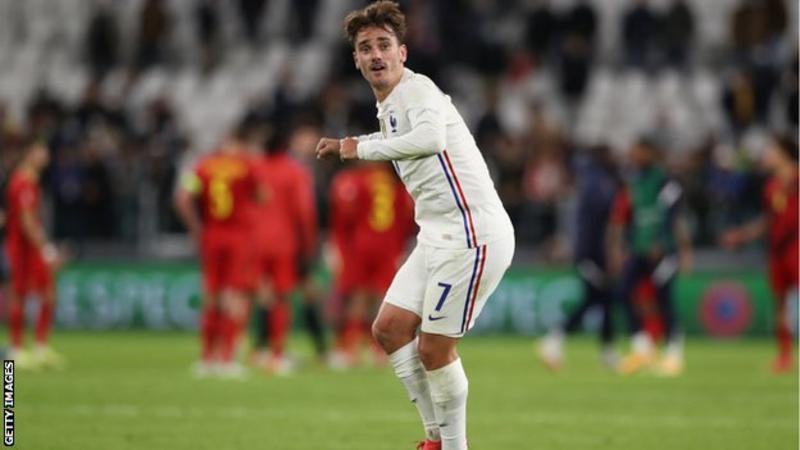 The Atletico Madrid striker says it will be a “special night” at Milan’s San Siro.

Griezmann, who has played his entire career in Spain, will become the ninth Frenchman to celebrate a 100th anniversary.

Griezmann, who made his France debut in 2014, added: “It’s going to be a special night. Admittedly, a 100th international match is always something very special. Hopefully the evening will end well. “

“It’s a game that we have to win. There is a trophy to be won in the end, so we’ll do everything we can to be successful. We have the right team for it.”

“I will give everything”

The game will also be a big moment for French-born center-back Aymeric Laporte.

He played for France’s youth teams but moved to Spain after moving to the country in 2010 to join Athletic Bilbao and being granted citizenship that year.

Laporte was the captain of Les Bleus from the U17 to the U21 and was appointed to three senior national teams, but was never used under coach Didier Deschamps.

The 27-year-old Manchester City player says he will “give it all” against his country of birth.

“It’s going to be a very special meeting for me, but as I’ve always said, I’m very focused,” Laporte told Spain’s official Twitter account. “I am 100% or even 300% with Spain.

“I’ll meet former team-mates [from France’s youth teams] but the only thing I think about is winning this final, that’s the most important thing for me right now. I’ll give it my all.”

Deschamps said he hasn’t spoken to Laporte since the defender decided to join Spain.

He added, “I haven’t spoken to him again. He had this opportunity and I’m happy for him. He was with us, now he’s with you. It’s his choice and I respect you.”

“It was the path he wanted to go and I hope he is fine, even if our paths cross tomorrow.”