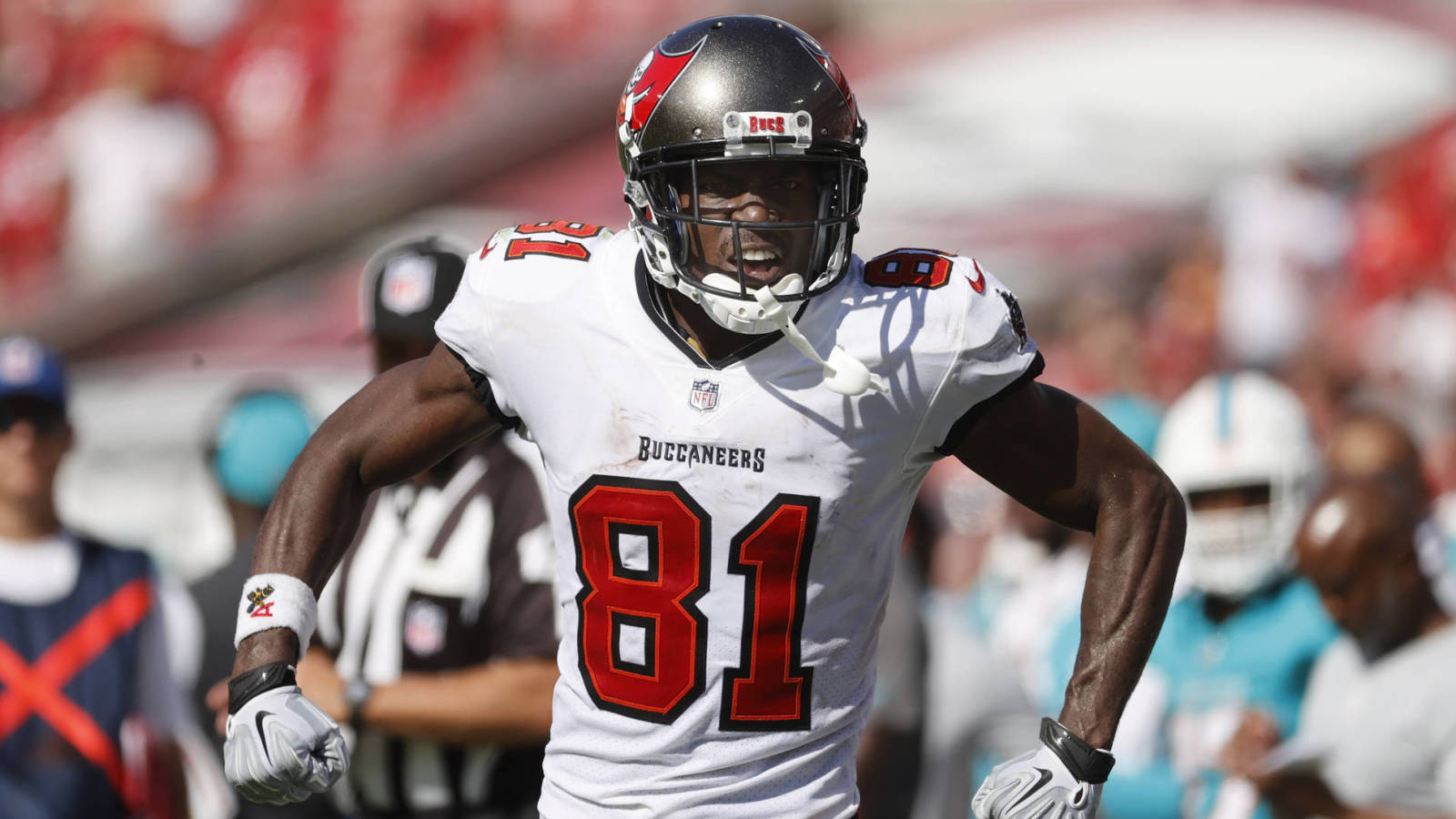 Tampa Bay Buccaneers star wide receiver Antonio Brown and safety Mike Edwards were both suspended for three games earlier this month after the NFL determined they purposely misrepresented their COVID-19 vaccination statuses. The Buccaneers have won two straight contests to improve to 10-3 on the season without the banned players and won’t have them available for the upcoming “Sunday Night Football” matchup against the New Orleans Saints.

Per Jenna Laine of ESPN, Tampa Bay head coach Bruce Arians told reporters Monday he hasn’t yet decided if he’ll welcome Brown back next week ahead of the Dec. 26 game at the Carolina Panthers.

“I haven’t made that determination yet, but we’ll see how it goes,” Arians said of Brown.

Seven-time champion quarterback Tom Brady has, in the past, publicly supported Brown but has not commented on this particular matter. It’s assumed Brady would want Brown in the lineup for the team’s upcoming playoff journey, but Arians said the Bucs will “talk as an organization” about the receiver’s future.

“It’s coming up soon. When we know, we’ll let everybody know,” Arians added.

Brown has 29 catches for 418 yards and four touchdowns across five games this season but hasn’t played since he first hurt his ankle on Oct. 14. Assuming the Bucs get to 11-3 overall before Christmas, Arians could view parting ways with Brown as an “addition by subtraction” move even if a rival picks the 33-year-old with a checkered past up before the postseason.