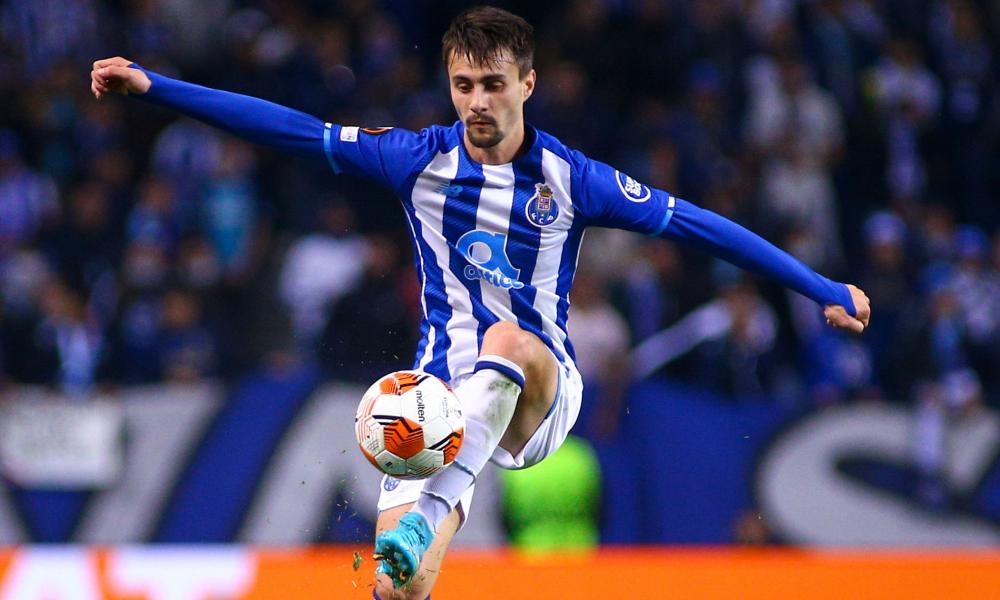 Arsenal have had an offer of €35m (£30m) plus add-ons accepted for Porto’s attacking midfielder Fábio Vieira, who is due to have a medical in London on Friday before signing a five-year contract.

Vieira had a €50m release clause but Arsenal negotiated for the Portugal Under-21 international, whose ambition has been to play in the Premier League. He scored six goals and provided 14 assists in Portugal’s top division last season across 15 starts and 12 substitute appearances.

Vieira is used predominantly as an attacking midfielder or second striker. In eight Under-21 European Championship qualifiers between September and April he scored seven times and set up two goals.

• Download the Guardian app from the iOS App Store on iPhones or the Google Play store on Android phones by searching for ‘The Guardian’.

• If you already have the Guardian app, make sure you’re on the most recent version.

• In the Guardian app, tap the yellow button at the bottom right, then go to Settings (the gear icon), then Notifications.

At 22, Vieira fits the age profile preferred by Arsenal, who have also signed the 19-year-old Brazilian forward Marquinhos – described by the club’s technical director, Edu, as a “player for the future” – and the more experienced backup goalkeeper Matt Turner from New England Revolution.