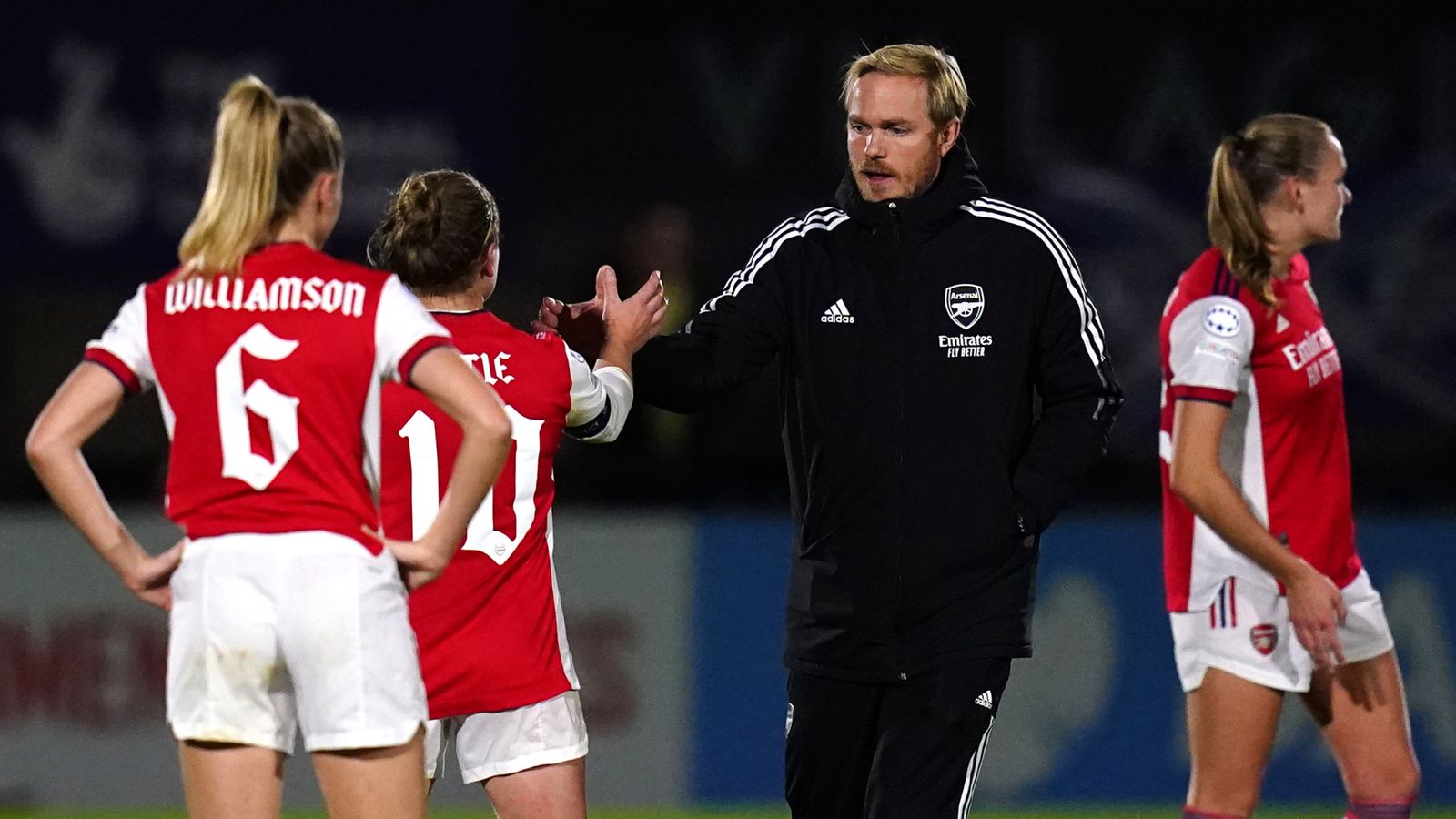 Jonas Eidevall has stressed Arsenal are not yet through to the Women’s Champions League quarter-finals ahead of their final Group C match away to Hoffenheim on Wednesday.

The Gunners, second in a group already won by Barcelona, will advance to the last eight if they avoid defeat in Germany by five goals or more. Arsenal beat Hoffenheim 4-0 when the sides met at Meadow Park in October.

But, asked at his pre-match press conference if, with his team all-but through, he was tempted to rest players for the match, boss Eidevall said: “I don’t see it that way – either you’re through or you’re not through.

“Either you’ve won the league or you’ve not won the league. It’s easy for me. I’m never going to be the person who takes out anything before it actually has happened.

“We need to bring 110 per cent on that pitch and after we’ve played the game we’ll know if we are through or not. Before that, we know nothing.” Eidevall emphasised his side would “try to go and win the game”.

“That’s what is in our DNA, to go for winning football games, and this one here is no different,” he added.

The Swede urged his players to be prepared for the hosts to “maybe come out and play with a lot of aggression and intensity in the beginning”.

He added: “It’s an exciting side I think to watch. I think they’re a very good team and they have some really, really good young talents.

“I saw their games against Barcelona (a 4-0 loss away and 5-0 defeat at home) and they had parts of those games where they played absolutely brilliant. For me it’s a team that deserves the utmost respect.

“By no means we are taking this easy – it’s a top European side we play against.

“From our perspective it’s about focusing our our performance, making that as good as possible both in offence and defence, and we need to be able to do that for 90 minutes.

“I think we played very well against them the last time but we need to do that again and not take anything for granted.” 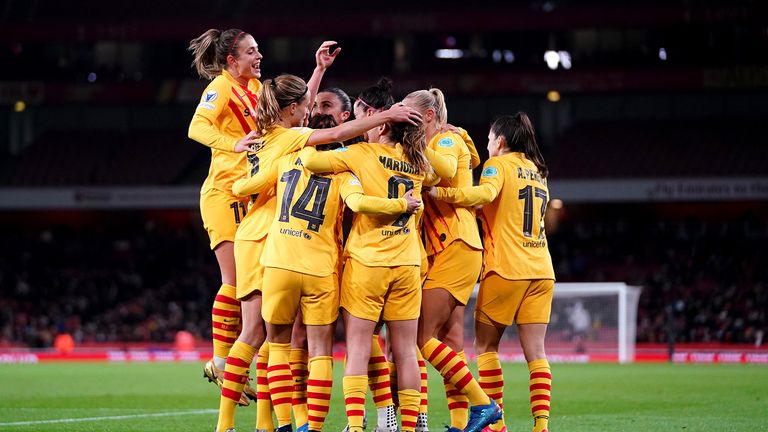 Tobin Heath has not travelled to Germany as she recovers from a muscle injury that Eidevall said “we went too fast with the first time”.

Eidevall was also asked if there had been extra caution taken for this European trip compared to previous ones given the current coronavirus situation.

He said: “It’s safe to say the safety precautions we have had within the club and when we are travelling have been at the highest level all the time, because, even if maybe the spread has not been that high all the time in society, of course the implications for us as a football team, to get this into our squad, losing players for fixtures, it’s obviously a very big one for us.

“So, even if we know things have changed around us in society, for me the experience for us travelling today compared to the other times is no different, because we’ve been very thorough and keeping safety at a very high level all the time during the season.”