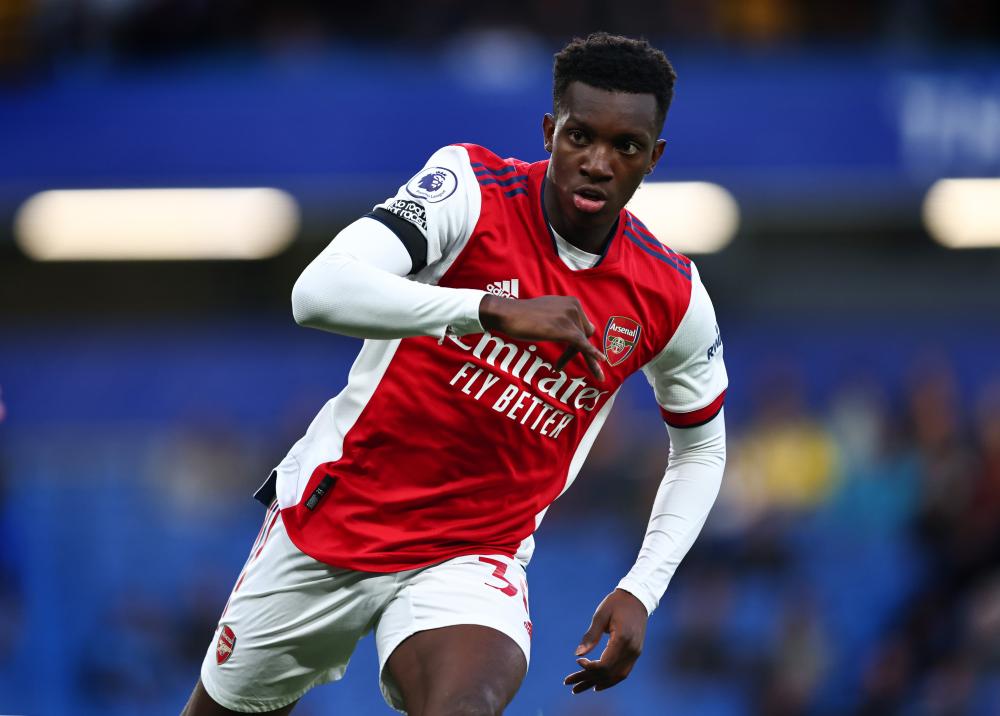 Mikel Arteta has had plenty of non-negotiables since he took over at Arsenal on a mission to restore the glory days of Arsène Wenger, but there is one, surely, that stands above the rest: the imperative for non-stop running, collective intensity in the press and transitions. “I don’t see the game played in any other way,” the manager said before the showdown with Manchester United at Emirates Stadium on Saturday lunchtime.

It is some years since this was the fixture of the season but it will nonetheless bristle with significance. Arsenal will want to build on Wednesday’s 4-2 win at Chelsea to drive their push for a top-four finish; United are hoping for something, anything, to get back on track after the 4-0 humbling at Liverpool. If United take nothing, their aim of Champions League qualification would probably be dead.

“It’s that we are dominant, that we are playing as much as possible in the opponent’s half, that we are aggressive, that we want to regain the ball as quick as possible, that when the ball is over us I want to see everybody sprinting back,” Arteta continued. “To do that you have to be really fit. Your lifestyle is key. Your natural qualities and what you can deliver physically become really important. Because now we are doing it once a week but hopefully we will be required to do it three times a week [next season].”

The key is that Arsenal are able to do it. Arteta has a plan, a modern one which chimes with what the very best are doing, and the Arsenal support and board can see it. There is a fair chance that the vision has insulated Arteta during the low moments of a tenure that began in December 2019 – most notably the horror run that led up to Christmas of the following year. It does not work all of the time. But it is there.

Ralf Rangnick, the United interim manager, who will give way to Erik ten Hag at the end of the season, is desperate to see something similar from his players. It is how he wants to play. But if it was glaring by its absence at Liverpool on Tuesday it has hardly been the only time, leading him to vent his frustration and rival managers to make comments that sound utterly damning.

“It’s not a big secret that when United lose the ball their reverse gear is not the best from everybody,” Southampton’s Ralph Hasenhüttl said after his team’s 1-1 draw at Old Trafford in February.

United have come to look easy to play against and lack physicality. Their opponents have had time on the ball and often been able to build up the field with comfort. “You shouldn’t allow them to go past our lines as easy as that,” Rangnick complained after last Saturday’s 3-2 home win over Norwich. “It’s what this team does not do well enough. We are the only team in the league that defends this way.”

The midfielder Jesse Lingard has called for United to bring the needed energy against Arsenal but it is anybody’s guess as to whether they can respond. Arteta’s words will resonate with Rangnick and possibly make him envious.

“We have that, 100%” Arteta said of the buy-in from each player. “Some can perform it better than others. But they are willing to do it. In big games like this, it’s a big part – the physical part, how you go about the duels, the rhythm that you play, the energy that you create, how you transmit that to your fans.

“We have to accept what we can do and then we have to find the best players to fit what we want to do. We want players that want to come here. That’s, for me, the number one [priority] … when I look in their eyes and talk to them – that they are really willing to come here and they understand what we try to do.”

Related: Premier League: 10 things to look out for this weekend

The mood has shifted sharply at Arsenal, as it often does after a significant result – good or bad. Before Chelsea they had lost four out of five games and seemed to be imploding. Now there is possibility again.

Arteta is unhappy at the quick turnaround from Stamford Bridge; his squad trained at the Emirates post-teatime on Friday in order to maximise recovery and then have as full a session as possible. The chance of another setback can never be discounted. Arsenal faced a Southampton team last Saturday who were reeling from a 6-0 home defeat by Chelsea and promptly lost 1-0. United are a similarly wounded beast.

But the touchstones are there for Arteta. How Eddie Nketiah scored twice at Chelsea – could it spark him before his expected departure as a free agent in the summer? How Bukayo Saka seized the ball to convert the stoppage-time fourth from the spot, the first penalty he had taken since missing for England in the Euro 2020 final shootout defeat by Italy. How a third academy product, Emile Smith Rowe, got the other goal.

Arsenal will be greeted by a mosaic display in the stands before kick-off as the fans also seek to play their part. “I am really pleased to hear about that because it means they are engaged with the team,” Arteta said. “I’ve always said that if we make this stadium a fortress it will be really difficult not to be successful.”