AUS vs ENG LIVE Score – Ashes 5th Test LIVE: Injury-ravaged England vs mighty Australia- A green pitch will be greeting Australia & England cricketers ahead of the fifth Ashes Test beginning in Hobart. Also, the weather report coming in from Hobart is that RAIN-SHOWERS are set to hit HOBART. Follow Ashes Hobart Test LIVE updates on InsideSport.IN

They are 3-12 with Smith gone for a duck #Ashes

STAT: This is the first time that both David Warner and Steve Smith have been dismissed for 0 in the same Test MATCH, let alone innings!

Australia two down! Broad finds the edge of Khawaja and Root takes the catch at first #Ashes

The revised session times are now:

5 changes for England: Burns for Hameed | Pope for Bairstow | Billings for Buttler | Woakes for Anderson and Robinson for Leach.

9:30 AM IST: England elect to bowl in Hobart, Australia to bat first

We win the toss and elect to bowl in Hobart.#Ashes | #AUSvENG

Rain is currently falling at Bellrive Oval. There is rain on the forecast for most parts of Friday with the Bureau of Meteorology forecasting a 90 per cent chance of showers.

Toss delayed due to rain at Hobart 🌧

The coin toss will be held at 3pm local time – 23 minutes from now #Ashes https://t.co/xNeGVefEWg

The toss is officially delayed.

Meanwhile Sam Billings has been handed his England TEST cap by James Anderson.

Mark Wood is also warming up – so he is playing & more or less James Anderson is surprisingly left out on a GREEN-WICKET.

Ashes 5th Test LIVE – Can injury ravaged England put up a fight? Pat Cummins might have missed out on 5-0 whitewash against England but have an opportunity to remain undefeated in the contest.

England had already lost the series but at least rediscovered their stomach for a fight in Sydney and the battered tourists will look to produce a similar gutsy display in the final Ashes Test against Australia on Friday.

Australia retained the urn with comprehensive victories in Brisbane, Adelaide and Melbourne and while England managed to halt the juggernaut in Sydney, it was not without a price.

Wicketkeeper Jos Buttler’s tour was cut short by a finger injury, while allrounder Ben Stokes (side) and middle-order batsman Jonny Bairstow (finger) are doubtful for the pink-ball Test in Hobart after getting bruised in Sydney.

England are ready to play Stokes and stumper-batsman Bairstow purely as batsmen with Sam Billings likely to don the keeping gloves in his Test debut.

Captain Joe Root has insisted on putting “some pride back into the badge” but they are struggling to put together a playing XI that can replicate their steely display in Sydney.

“A guy who has had injuries, I’m sure, will not want to go into the game unless they’re certain they can provide what’s needed,” England fast bowler Mark Wood told reporters on Thursday.

Wood was pleased with the green look of the pitch at the Bellerive Oval, which is hosting its first Ashes Test.

“We talked about our batting so much but actually we got to try and make sure we get 20 wickets to win the game.

“Hopefully, if it stays like that, we can use that assistance and get those 20 wickets.” 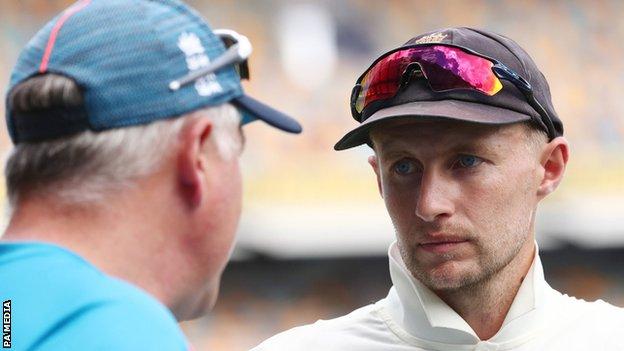 While England grapple with plenty of problems, Australia’s problem of plenty heightened after Usman Khawaja smashed back to-back hundreds in Sydney and the batsman he substituted, Travis Head, recovered from COVID-19.

Australia have accommodated both, sacrificing opener Marcus Harris who will be replaced by Khawaja at the top of the batting order.

Australia have yet to decide their bowling attack with Jhye Richardson, having recovered from shin soreness, vying with Michael Neser for a spot while Scott Boland, who hurt a rib in Sydney, declared fit to play subject to a final assessment in the morning.

Originally scheduled in Perth, it will be the first Test in Tasmania since 2016 but local favourite Tim Paine is missing in action having taken an indefinite mental health break last year after relinquishing the captaincy following a “sexting” scandal.