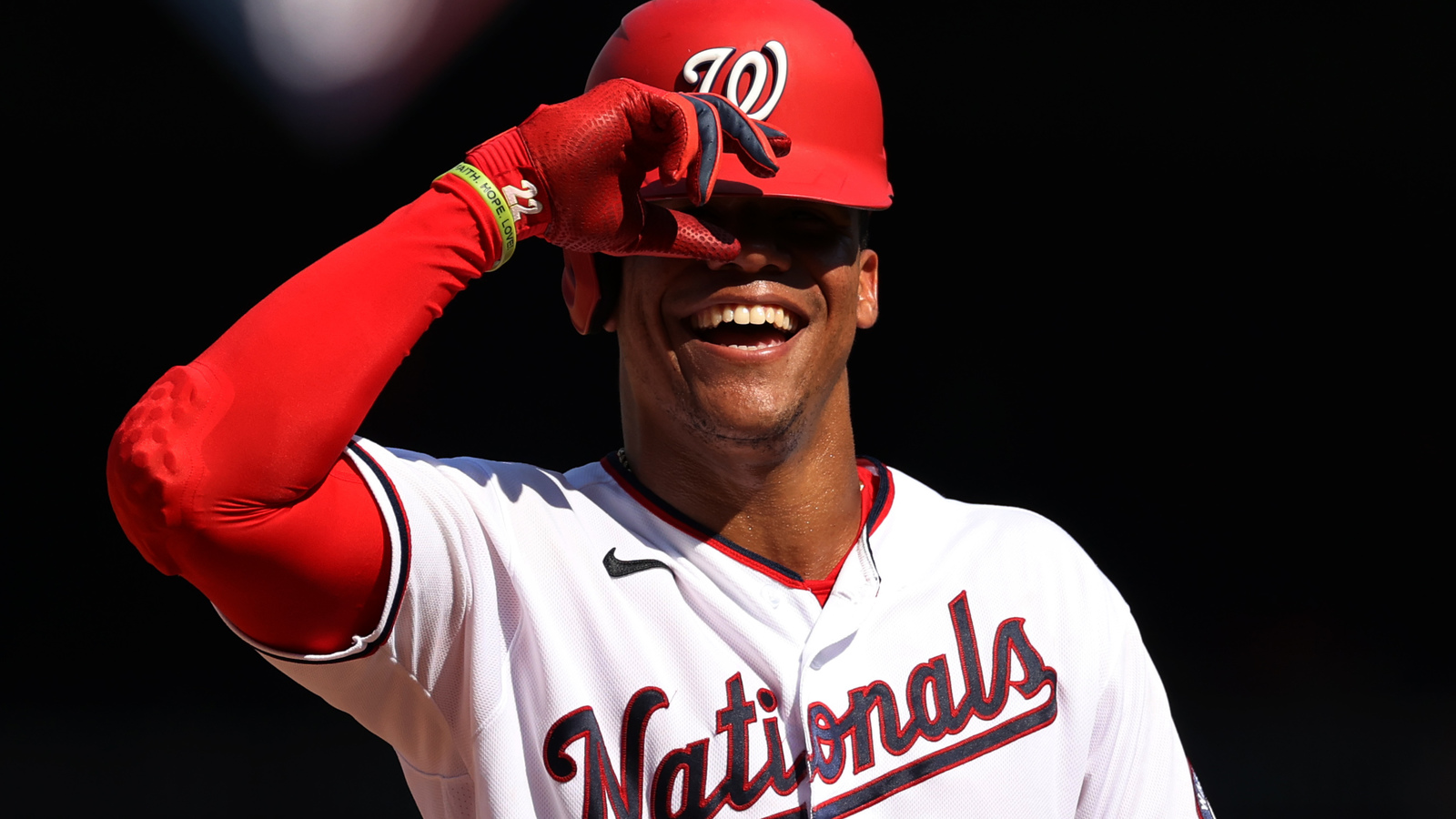 2021 featured plenty of dominant athletic performances, but next year could be even better. These 25 athletes are set to dominate in 2022.

The reigning NBA Finals MVP has started another season off strong for the Bucks, with the hope of a repeat in 2022. Antetokounmpo remains one of the most recognizable and dominant stars in the NBA.

Banchero is a top candidate for the Wooden Award and has looked as advertised early in his freshman season at Duke. Through 12 games, the power forward averaged 17 points and seven rebounds as he looks to give Coach K a National Championship in his final season.

Curry and the Warriors are the talk of the NBA again. After leading the league in points per game last season, Curry is off to another sizzling pace as the game’s top three-point shooter and has made his teams the favorites to win the NBA Title in 2022.

The top-ranked men’s tennis star in the world, Djokovic won the Australian Open, French Open, and Wimbledon in 2021. There isn’t much room to do better, but Djokovic could accomplish it.

Durant had quite the 2021 with NBA success and an Olympic gold medal, but his 2022 could be just as good. He’s a top early candidate for MVP, leading the league in points per game for the Nets.

Draisaitl led the NHL in points two years ago, and he’s well on his way to accomplishing the feat again. Through 29 games played he had 49 points, including 23 goals for the Oilers.

Herbert broke in as the top rookie quarterback in the NFL last year, and he’s built on that success this season. The Chargers are in a position to make the playoffs this year, and Herbert could bring them to greater heights.

England has high hopes in the 2022 World Cup, with Kane standing as their top striker and leader. This year he lead the National Team to second place at the Euro.

Liu could be the United States’ best hope for a gold medal in figure skating during the 2022 Winter Olympics at the age of 16. She’s already won two gold medals at the U.S. Championships, as she hopes to take the world by storm.

Now in his third season at Ohio State, Liddell is gaining national recognition as one of the top men’s college basketball players in the country. Early in the year, he’s averaged over 20 points and seven rebounds per game and could take the Buckeyes deep into the NCAA Tournament in March.

Mahomes has had a somewhat disappointing 2021 season due to interceptions, yet the Chiefs remain in a position to make another Super Bowl run. He’s quickly become one of the most recognizable faces in the league and could bring the team to their third consecutive Super Bowl appearance.

Messi remains the top soccer player in the world and is set to embark on what could be his final World Cup appearance at age 35. Argentina has come up short in the World Cup during his career, but the Paris Saint-Germain star has plenty left in the tank to carry the National Team on his shoulders again.

McDavid continues to be arguably the top player in the NHL, leading the league in points for the fourth time in his career through 29 games. The Oilers superstar has already won two MVPs and is a top candidate to win his third in 2022.

Murray was named to his second consecutive Pro Bowl despite fighting through an ankle injury this season. Prior to the injury, Murray was a top MVP candidate, and the Cardinals quarterback is still capable of bringing his team playoff success in 2022.

Brazil is the early favorite in the 2022 World Cup, and Neymar is a big reason. The star forward gives them a chance to make big noise, as he continues to also dominate for Paris Saint-Germain.

Ohtani won the 2021 AL MVP with an unprecedented season as a two-way player for the Angels. He’s quickly become one of the faces of MLB and is out to prove he can repeat next season.

The top men’s golfer in the world, Rahm had a banner year in 2021 winning the U.S. Open and finishing tied for third at The Open Championship. The 27-year-old likely has many major championships in his future, possibly including 2022.

Rodgers could dominate 2022 in more ways than one. Not only is he a top MVP candidate this season with hopes of winning a Super Bowl, but Rodgers’ name will be mentioned prominently in the offseason as he potentially leaves Green Bay.

Shiffrin has already won two gold medals at the Olympics and hopes to add at least one more in the 2022 Winter Games. She will be competing in her third Olympic Games.

Stroud made quite a name for himself in his first season as the starting quarterback at Ohio State, completing nearly 71 percent of his passes. The Buckeyes didn’t have the success they hoped for in 2021, but Stroud is capable of leading them to a National Championship soon.

The Nationals have regressed over the last two seasons, but that’s certainly not Soto’s fault. He finished second in the NL MVP voting in 2021, leading the game in walks and on-base percentage while also launching 29 home runs. At only 23, he has a chance for a historic career.

Tatis Jr. has quickly become one of the most exciting players in baseball and led the NL with 42 home runs in only 130 games last season at age 22. He continues to get closer to his first MVP Award, finishing top five in voting in back-to-back seasons.

It’s not easy for a non-quarterback to get MVP consideration, but Taylor has earned it with his great second season in Indy. He leads the NFL in rushing and yards from scrimmage as he establishes himself as a star running back.

Gonzaga came up just short of winning a National Title in 2021, but Timme returned to finish the job. The 6-foot-10 junior is one of the top interior players in college basketball and a candidate for the Wooden Award in 2022.

Young was the first Alabama quarterback to ever win the Heisman Trophy with over 4,300 yards passing in 13 games. He leads the Crimson Tide as the top seed in the College Football Playoff and will have a shot to win another Heisman Trophy in 2022.