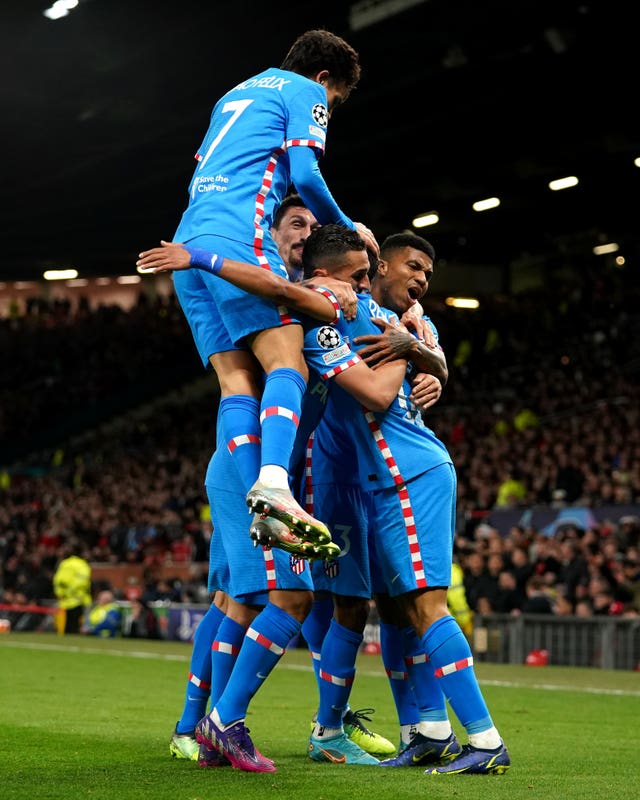 Diego Simeone feels Atletico Madrid will have to step up a level from their victory over Manchester United when they face Manchester City in the Champions League.

The Spanish champions are back in Manchester less than a month after winning at Old Trafford as they take on City in the first leg of their quarter-final on Tuesday.

“City are more positional and they manage things very well all over the pitch. I’m sure we’ll have to be better than we were three weeks ago.”

The match has been billed as a clash of styles between the pragmatic tactics of Simeone and the more fluid, possession-based formula of Pep Guardiola.

Simeone has no intention of diverting from his tried-and-trusted methods but insists he is a big admirer of the way City play.

The Argentinian said: “We’re going to play where we think we can hurt them. We’re going to use our characteristics, the way we’ve been playing for years, and continue to compete.

“But City are a lovely team to watch. What I like most about teams that play well like them is the strength and effort they put in to winning the ball back while continuing to play in an attacking way.

“They have some great players – Sterling, De Bruyne – but what wakes me up is that they run, they pressurise, they are always active. They never leave a lost ball. This work ethic is additional to the talent. All managers want that.”

Simeone regards City, along with Bayern Munich, as favourites for the competition but is confident his side can prevail over two legs.

“I have no doubt City have extraordinary players and they have better players than us,” said the 51-year-old, whose side have won their last six matches in all competitions.

“But there are two games to play. Obviously City and Bayern are favourites because of their players but last season Chelsea won the Champions League. Not many expected that.”