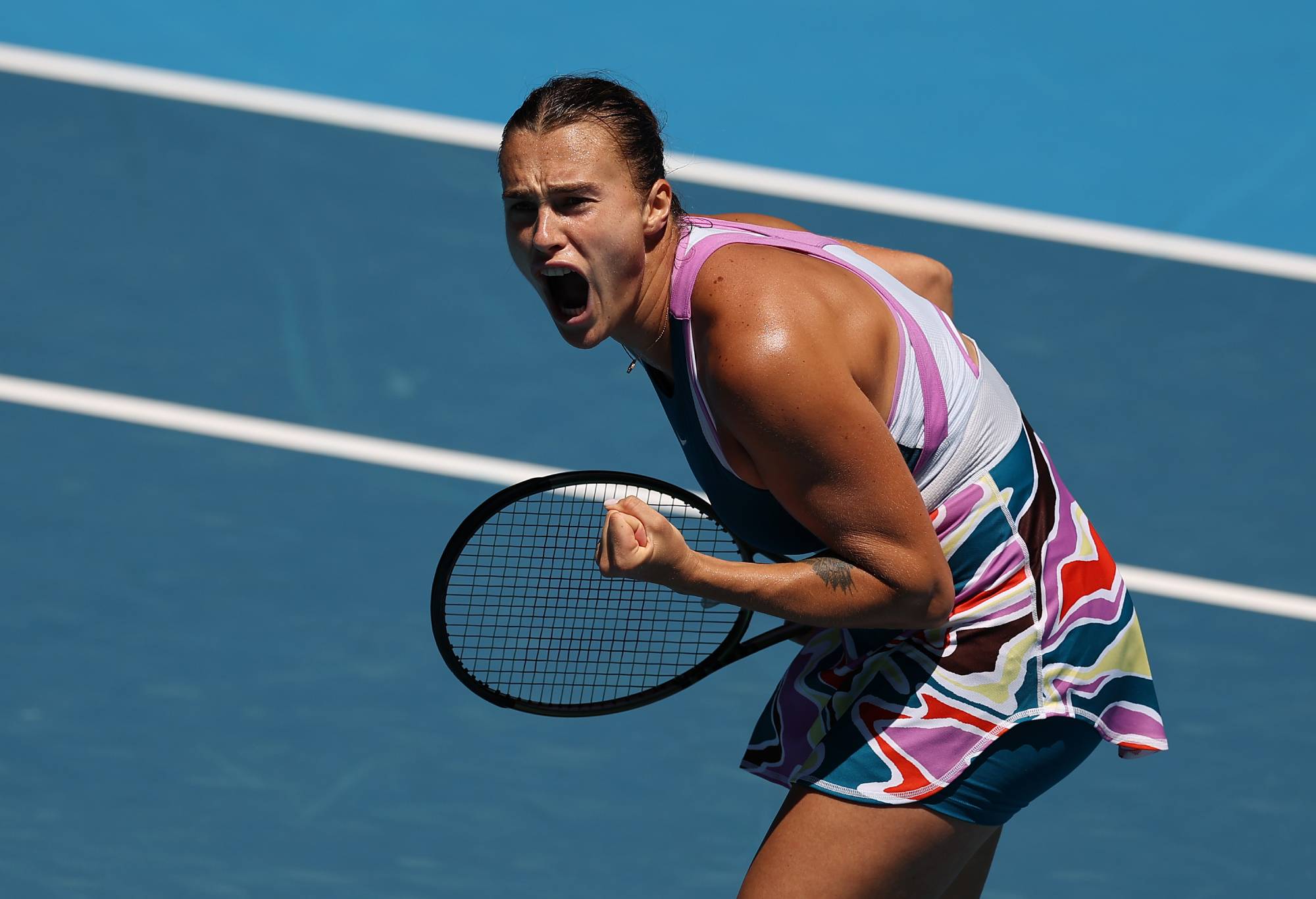 Nick Kyrgios has opened up on his injury dramas for the first time since pulling out of the Australian Open, sending a message to fans from his hospital bed after undergoing surgery.

Kyrgios withdrew after suffering a knee injury which forced him out of his home tournament for the first time since debuting in 2014. He has now had an operation to remove a cyst from his knee and to clean up his meniscus.

“I’ll be doing everything I can to get back to my best,” he posted on Instagram. “To the real ones checking in and sending the vibes … I love you.”

He had hoped to compete, but used a charity game against Novak Djokovic to test his knee, with physio Will Maher confirming afterwards that it had proved too tough for the Canberran to overcome.

“We used the charity event against Novak as a gauge to see if he could compete at that highest level,” he said. “He didn’t pull up great and he still tried to give himself every chance in the following days to have subsequent training, but it was clear that with each passing session he was getting sorer and sorer.”

Aryna Sabalenka’s Australian Open stock continues to rise after the Belarusian showcased her awesome power by blasting 32 winners to charge into the Melbourne Park quarter-finals for the first time.

The world No.5 continued her perfect start to the year with a 7-5 6-2 win over 12th seed Belinda Bencic at Rod Laver Arena on Monday.

Bencic raced to a 4-2 lead but won just one of the next six games, dropping the opening set with a double-fault.

Sabalenka has spoken about trying to be more “boring” on the court – keeping her emotions in check – and did not drop her head when down a break early.

Sabalenka has made three grand slam semi-final appearances in the past two years but has never previously made the last eight in Melbourne.

The 24-year-old will meet Donna Vekic – another first-time Open quarter-finalist – for a place in the semis, after the unseeded Croatian secured a 6-2 1-6 6-3 win over Czech teenager Linda Fruhvirtova.

Vekic made up for 40 unforced errors with 42 winners, though only seven of those came in the second set as Fruhvirtova forced a decider.

“I didn’t really feel like I had much control in that second set,” Vekic said. “I knew I just had to keep fighting and hoping, and believing that I will win. I’m really sad that it’s not Belinda (Bencic in the next round). We were talking a lot and said, ‘Let’s hope we both win and then have a great match in the quarters’. But I’m sure she’ll give me some tips.”

The Czech 30th seed blew through a near-flawless first set in just 21 minutes, pummelling 15 winners and half-a-dozen aces in the process.

Pliskova will meet Magda Linette in the last eight after the Polish world No.45 upset fourth seed Caroline Garcia 7-6 (7-3) 6-4. Linette is the only player left in the draw who has never previously reached the quarter-finals at a grand slam.

“I don’t want to say I didn’t expect it because coming on the court I was confident in how well I’m playing,” the 30-year-old said.

“But (Garcia) is such an amazing opponent and such a tough one, especially on the big stage. I knew it’s going to be super tough and I’m just glad I stayed composed throughout the whole first set and managed to come back again.”

Garcia’s exit leaves Sabalenka as the highest seed in the bottom half, presenting the unfulfilled talent with a golden opportunity to at last snare an elusive first grand slam final spot.

Azarenka backs up from midnight shift

Victoria Azarenka knows full well she must cast friendship aside and bust the midnight curse to remain on track for a third Australian Open crown, a decade after going back-to-back.

The sleep-challenged star is promising to give Jessica Pegula “hell” after booking a quarter-final date with her great mate and third seed with a tension-filled three-set fourth-round win over Zhu Lin that stretched almost three hours and finished at 2.20 on Monday morning.

“I feel so relieved. It was two hours, 40 (minutes) of complete pressure. Point by point, so many momentum shifts. There was everything in this match,” Azarenka said. “I’m just so happy I was able to manage. At the start of the year I had a couple of very close matches that didn’t turn my way so I’m very happy I took my chances.”

Now, though, the odds are stacked against the 33-year-old tennis super mum continuing her gallant run at Melbourne Park. No one has ever backed up after a 2am finish to win their following singles match at the Open, let alone against an in-form world No.3 like Pegula.

But Azarenka is happy to give it a shot. “Me and Jess, we practise together, we’ve played so many great matches together,” the Belarusian former world No.1 said. “So I’m going to enjoy that one and, if I do lose, I’d rather lose to Jess. But I’m going to give her hell for sure.”

The 24th seed will need to. Pegula is the highest-ranked player left in the draw, yet to drop a set and riding an eight-match win streak that includes a United Cup mauling of ousted world No.1 Iga Swiatek.

“I don’t really feel like a favourite because I’m going against people that have had more success than me,” the American modestly said. “I look at the draw and there’s still girls who have won the French Open, you have (Elena) Rybakina, who won Wimbledon last year, you have Vika (Azarenka) who does really well here. It feels like there’s still a long ways to go, to be honest.”

It took eventual champion Ash Barty to stop Pegula in the quarter-finals last year, and Azarenka faces the added challenge of trying to get some much-needed rest first on Monday.

“When you start late and finish late at the tournament, like I did (also) in the second round, you try to leave off the clock and adjust on the go,” she said before hoping to hit the hay by 6am. And then mask on and sleep during the day.”

PLAYER OF THE DAY: Magda Linette – the unseeded 30-year-old Pole had never ventured beyond the third round in 30 grand slams before upsetting world No.4 and reigning WTA Finals champion Caroline Garcia 7-6 (7-3) 6-4 to gatecrash the quarter-finals.

STAT OF THE DAY: Respective third seeds Jessica Pegula and Stefanos Tsitsipas are the only players in the two singles draws to have made the quarter-finals two years running.

QUOTE OF THE DAY: “When you start late and finish late at the tournament, like I did (also) in the second round, you try to leave off the clock and adjust on the go. Mask on and sleep during the day.” – two-time champion Victoria Azarenka was expecting a 6am bed time after claiming a quarter-final spot at 2.20am with an intense three-set win over Zhu Lin.