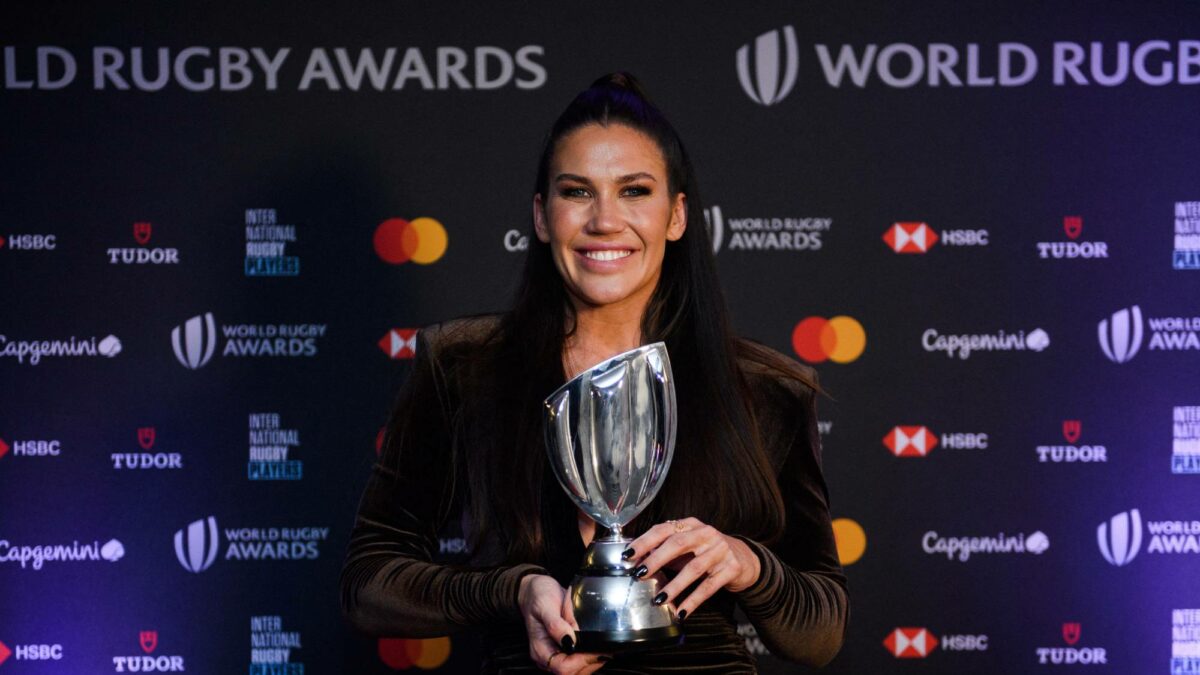 Australian sevens ace Charlotte Caslick has been named the World Rugby female sevens player of the year after her team’s dominant season.

The Australian playmaker has won Olympic gold, Commonwealth Games gold, a Sevens World Cup and three World Series titles across a nine-year career with the Aussie Sevens team and announced she was hoping to play a debut Test next year.

Caslick used her speech to urge Australian rugby to put more resources into the women’s XV a side game.

The Wallabies had one player in the men’s Dream Team for 2022 – winger Marika Koroibete – while no Wallaroos made the female equivalent.

There was a beautiful moment at the awards ceremony as New Zealand’s Ruby Tui was presented with a World Cup winner’s medal along with her award as the 15s breakthrough player of the year.

The colourful Kiwi had given her medal away to a young fan after the win over England.

All Blacks halfback TJ Perenara is in doubt for the World Cup after rupturing an Achilles in the draw with England at Twickenham.

Perenara came off the bench to replace Aaron Smith in the 64th minute but had to be helped from the field near the end of the 25-25 stalemate.

Perenara had fought his way back into favour from the fringes this year to play the final two tests off the bench.

“We’re gutted for him. It’s the 78th minute, and he’s innocuously gone to chase a kick, and it’s gone bang which hurts.”

France have completed a calendar year of Test rugby with their first perfect winning record, after toppling a competitive Japan 35-17.

France’s 10th win in 10 Tests in 2022, and their third defeat of Japan this year, never looked in doubt after the opening minutes on Sunday.

The Tricolores dominated up front and steadily built a 21-3 lead by halftime.

Then the rain stopped, the play opened up, and Japan were more comfortable with a dry ball.

Both sides added two tries each and took a lap of honour in front of a packed crowd that savoured the occasion at Stadium de Toulouse.

The Japanese will return to Toulouse for the Rugby World Cup, with the south-west city being their base. The stadium will host two of their games.

Damian Penaud scored two tries and, even without suspended captain Antoine Dupont, the home side ended up scoring four tries to Japan’s two.

Japan’s tries came in the second half from Naoto Saito and Siosaia Fifita with Seungsin Lee slotting over two conversions and a penalty.

Japan looked a lot more competent than they did when losing 52-13 to England at Twickenham last week and kept the French at bay until the hour mark when Penaud finished off an expansive move for his second try and his 21st in 37 internationals.