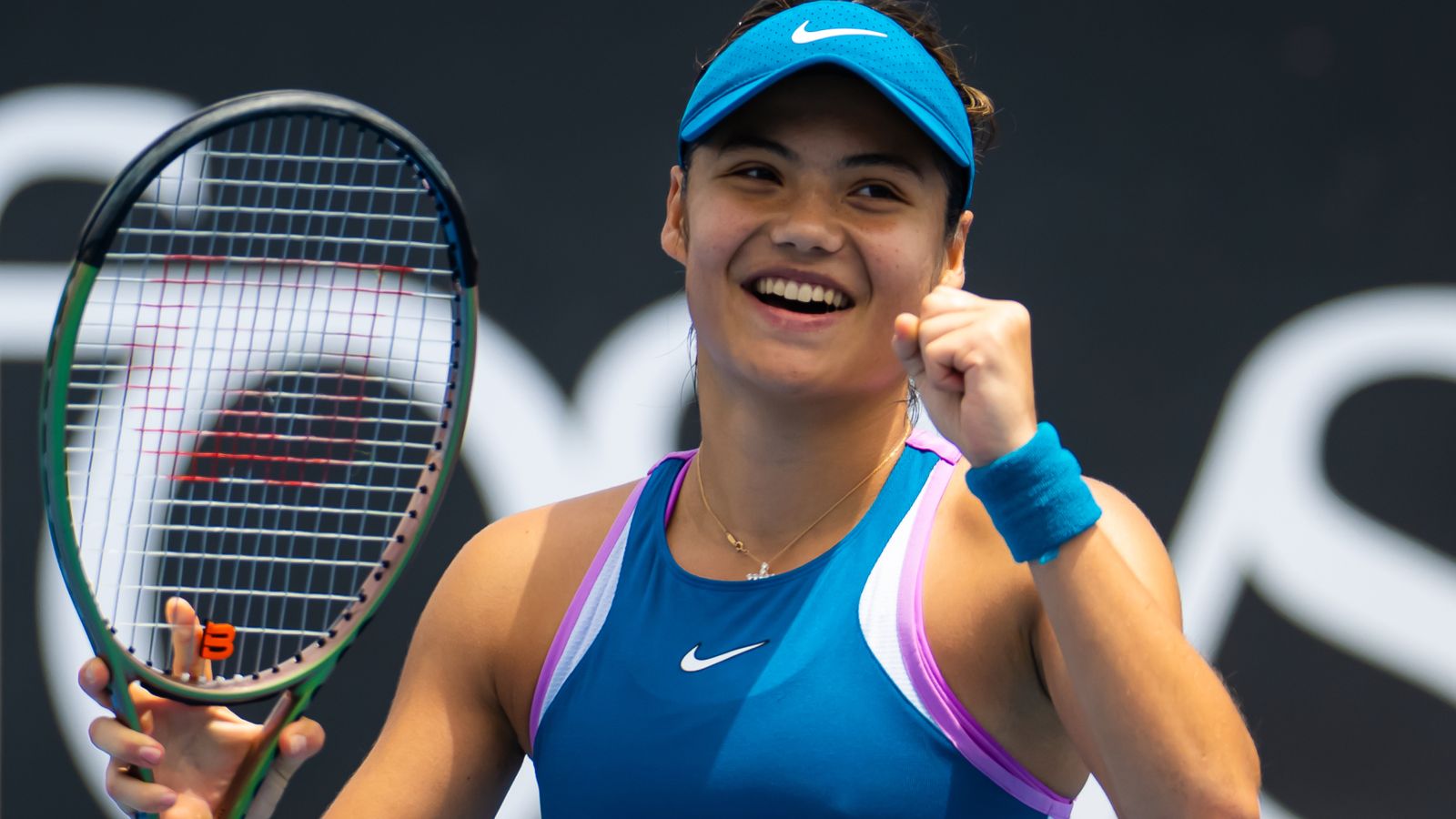 Emma Raducanu put injury worries behind her to make a winning start at the Australian Open and set up a blockbuster second-round meeting with Coco Gauff.

The 20-year-old former US Open champion had the left ankle she rolled in Auckland 11 days ago taped up but grew in confidence through the match and eased to a 6-3 6-2 victory over Tamara Korpatsch in her opening match at Melbourne Park after an hour and 25 minutes.

Seventh seed Gauff, who defeated Katerina Siniakova 6-1 6-4, will offer a significantly different challenge as she looks to emulate Raducanu by winning a Grand Slam.

Although she is more than a year younger than Raducanu, Gauff has already played for three and a half years on the main tour, climbing into the top 10 and establishing the sort of solid base her next opponent is still seeking.

Given a warm welcome on a packed mid-sized 1537 Arena, Raducanu initially looked hesitant on serve and stretching out wide to her backhand.

The crunch moment of the first set came in the seventh game after Raducanu had twice been pegged back from a break ahead.

The British No 1 has taken an aggressive approach under new coach Sebastian Sachs and tried to seize the initiative on her forehand.

It paid off as she secured another break, clenching her fist in the direction of her team, and it was start of a run of six games in a row that put her in full control of the contest.

By now putting a lot more weight behind her backhand and looking confident in her game plan, Raducanu wrapped up victory when Korpatsch pushed a forehand long.

There was not such good news for Kyle Edmund, who lost 6-4 6-0 6-2 to 15th seed Jannik Sinner on his return to Melbourne Park.

Sidelined for most of the last two years having undergone three knee operations, former semi-finalist Edmund was playing here for the first time since 2020.

As at the US Open, though, where he played Casper Ruud, the luck of the draw was not on Edmund’s side and Italian Sinner, one of the world’s best young players, proved far too strong.

“I like the conditions. Obviously when you play in stadiums for me it’s a little bit easier, the court is a little slower,” Sinner said.

“Outside is a little tougher, but when you make always the quarter-finals in any Slam it means you like the conditions, so I’m very happy to be back here.”