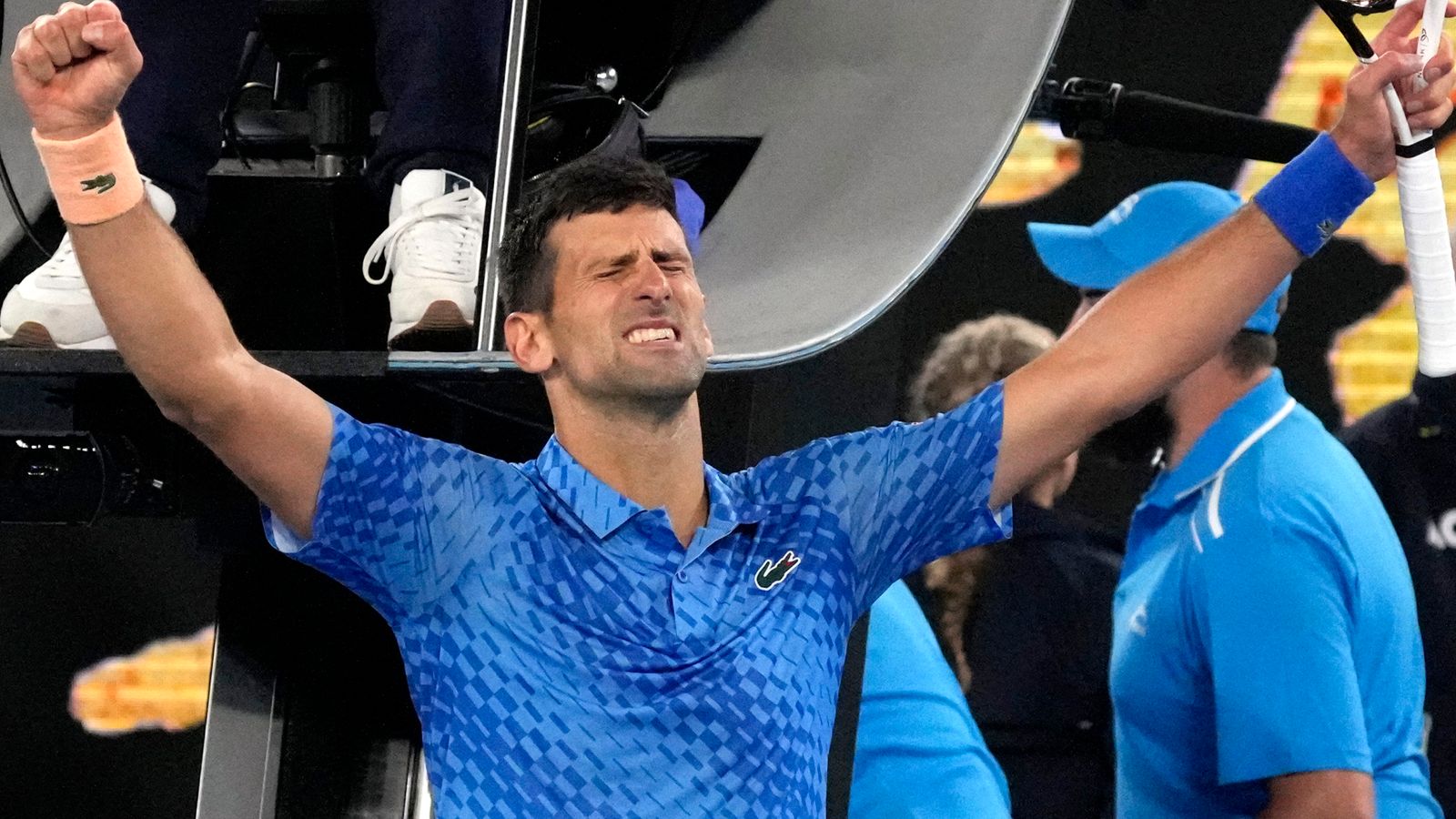 Novak Djokovic continued to defy a hamstring injury as a straight-sets victory
over Grigor Dimitrov sent him into the fourth round of the Australian Open.

The title favourite admitted after needing a medical timeout and dropping a set to French qualifier Enzo Couacaud that he was concerned, and a meeting with 27th seed Dimitrov was a much better test of his physical condition.

He took another timeout after falling to the floor at the side of the court at the end of the first set but, despite continuing to limp and looking uncomfortable at times, clinched a 7-6 (9-7) 6-3 6-4 victory.

It was only two years ago that Djokovic tore an abdominal muscle during the tournament yet still managed to win a ninth title, and none of his rivals will be expecting him to give up the chance of a 10th without an almighty battle.

The strapping on Djokovic’s left leg was even more substantial than on previous days but he settled well into the match, breaking serve in the opening game.

Dimitrov saved three set points at 5-3 and it appeared Djokovic was in full control but he was broken serving for the set and then had to save two set points, one at 5-6 and one in the tie-break.

When he took the set with a volley, the crowd would have expected to see a celebration, but instead Djokovic collapsed to the court looking stony-faced and called for the trainer.

The pain was evident on his face as he had the muscle massaged but, although there were moments when Djokovic did not appear to be moving properly, particularly going forwards, he was able to hare around on the baseline seemingly without too much hindrance.

Having beaten Dimitrov nine times in their previous 10 meetings probably helped. The Bulgarian at times threatened to make things complicated for Djokovic but, despite going down on the court twice more, he found a way through.

The Serbian, who is into the fourth round for the 15th time, will next play Australia’s Alex de Minaur.

De Minaur defeated Benjamin Bonzi 7-6 (7-0) 6-2 6-1 to book his place in the fourth round, where he will play either Novak Djokovic or Grigor Dimitrov.

“I hope everyone that was on this court right now is going to go and support Alexei Popyrin,” De Minaur said.

“That’s all we do. Us Aussies, we stick together. We’ve got a bright future ahead and let’s get ‘Popeye’ to the line today.”

Ninth seed Holger Rune beat Frenchman Ugo Humbert 6-4 6-2 7-6 (7-5) to cruise into the last 16 for the first time in Melbourne, where he will face fifth seed Andrey Rublev.

The Danish teenager was trailing in the third set tie-break after a double fault but clawed his way back to seal progress.

Rublev came through a tricky encounter against Dan Evans to win 6-4 6-2 6-3 after firing 60 winners past the Briton.