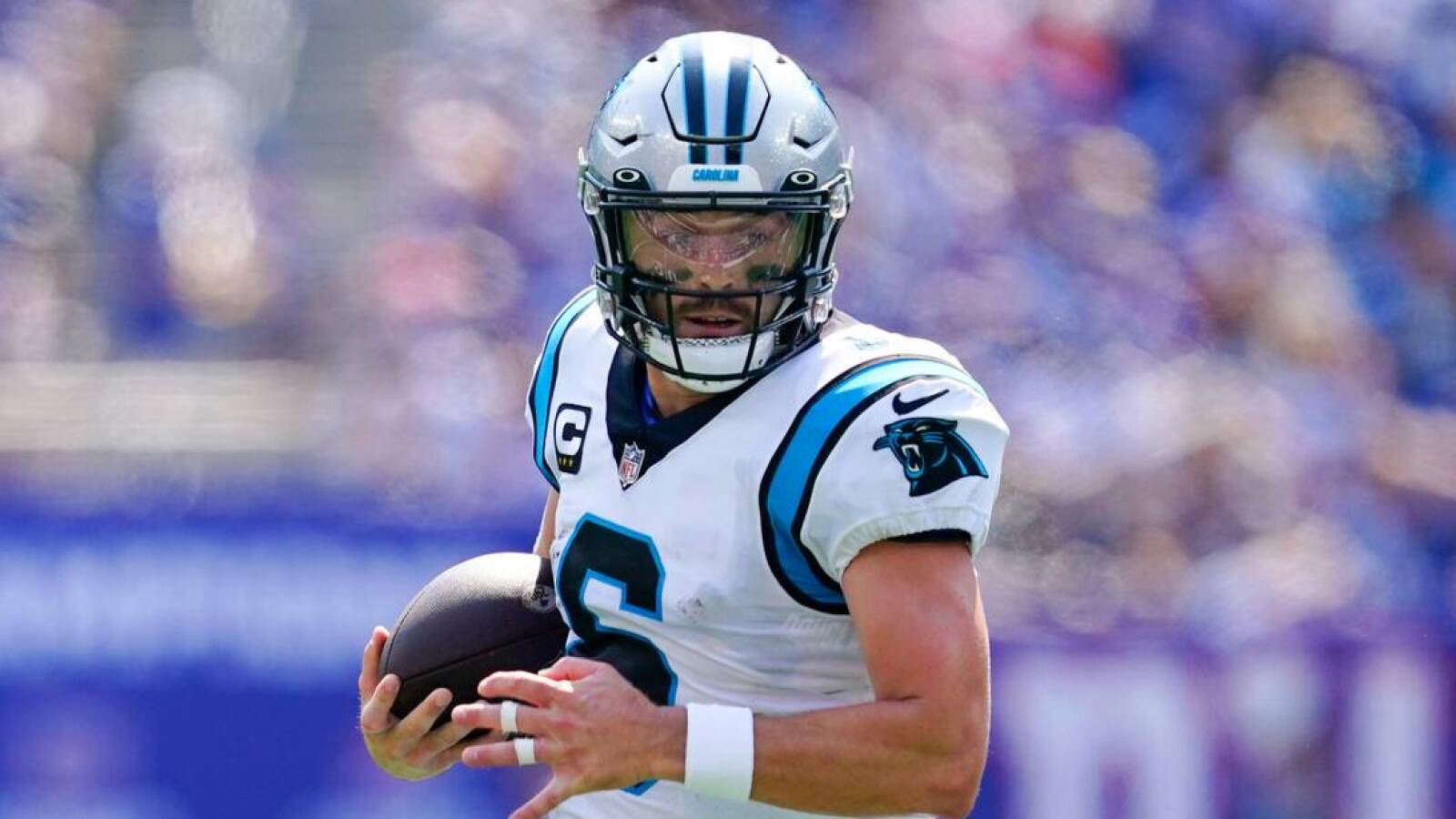 Things probably aren’t going quite as quarterback Baker Mayfield envisioned when he joined the Carolina Panthers from the Cleveland Browns via trade in July.

Mayfield lost his first two starts in Carolina. Mayfield and head coach Matt Rhule have been so shaky that individuals such as ESPN’s Jeremy Fowler and Dan Graziano are suggesting Rhule’s figurative seat could already be warm.

The first overall pick of the 2018 NFL Draft spoke with reporters Wednesday and made it clear those associated with the Panthers aren’t yet overly alarmed by what’s happened this season as they prepare to face the 1-1 New Orleans Saints at Carolina’s Bank of America Stadium this Sunday.

“Each week you need to have a sense of urgency to win,” Mayfield explained, per Josh Alper of Pro Football Talk. “The no-panic mindset comes from the fact that we are just now going into our first division game. . . . Nobody’s hitting the panic button yet. It also helps that we’ve lost by a total of five points.”

According to ESPN stats, the 27-year-old in the final year of his rookie contract began Wednesday 25th among eligible quarterbacks with a 79.5 passer rating and dead last with a 23.7 total QBR this season. Mayfield is tied for 30th with a 53.6 completion percentage and 26th with 380 yards through the air.

The signal-caller won a summer competition over former Panthers starter Sam Darnold for the QB1 gig. He may want to reach for that panic button sooner than later if he doesn’t improve such numbers beginning with what has to be viewed as a must-win game versus New Orleans on the final Sunday of September.