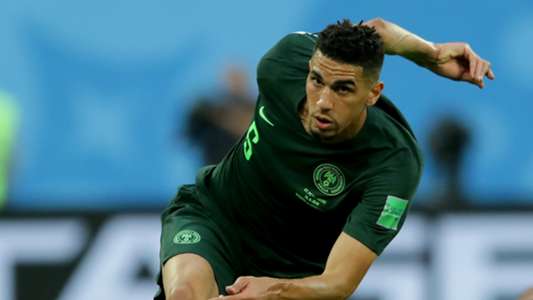 The Rangers star had come under scrutiny in the Super Eagles’ 1-0 loss to the Wild Beasts at Teslim Balogun Stadium on Thursday.

However, he put Gernot Rohr’s men ahead in the 29th minute. Profiting from a cross from Chidozie Awaziem, the former Brighton & Hove Albion player powered the ball past goalkeeper Prince Samolah.

That saw him end his seven-year wait for a Nigeria goal since making his debut against Mexico in March 2014.

A minute before the half time break, Osimhen doubled the lead for the three-time African champions after poking home from close range a pass from vice-captain William Troost-Ekong.

With this, Nigeria take a two-goal lead into the half-time break as they continue their revenge mission at Japoma Stadium.