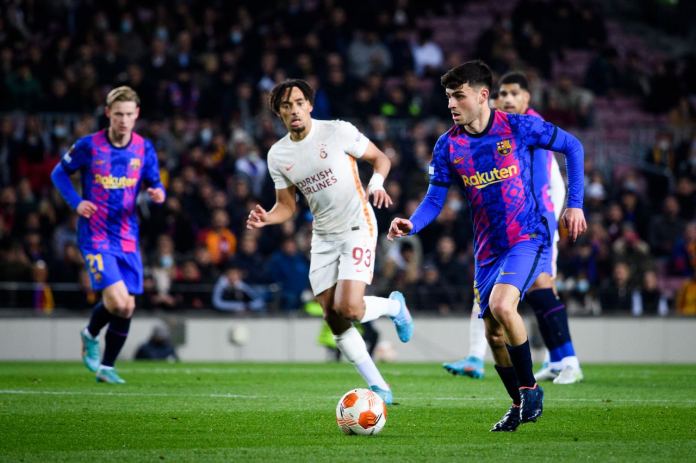 Barca host Galatasaray on Thursday in the last-16 first leg of the second tier European competition. Although the Europa League is a step down from Barcelona’s usual standards, it represents a chance to finish the season on a positive note.

“We’re excited, we want to win titles and now we’re in the Europa League. So we’re going to do everything to win it,” Dutchman De Jong told a news conference on Wednesday.

“We are in a good place right now. Enjoying our momentum and playing with confidence. We won games in which we dominated and it gives you a lot of confidence, so we want to keep the momentum going.”

With Real Madrid leading the LaLiga standings comfortably, 15 points ahead of third-placed Barcelona, the Europa League looks like the only way to win a trophy this season for Xavi Hernandez’s side.

And, after eliminating Serie A contenders Napoli in the previous round, they are favourites to triumph in the final at Seville’s Sanchez Pizjuan Stadium in May.

“We are pumped. We are in a competition that gives us hope,” coach Xavi said.

“We had very good feelings against Napoli. We are in a very good dynamic and we want to keep going. We have to continue winning but we also want to win playing well. We have to keep insisting on our game model because it is what will give us consistency looking forward.”

Barca are unbeaten since Jan. 20, when they lost 3-2 after extra time to Athletic Bilbao in the Copa del Rey. A sense of euphoria is palpable at Camp Nou now that they are back in the Champions League qualification spots having fallen as low as ninth in November, when former coach Ronald Koeman was sacked.

“There are two objectives. The first is to qualify for the Champions League next season and the other is winning the Europa League,” Xavi added.

“But how we finish in LaLiga is the best indicator about how we are doing our job because of the weekly effort.”