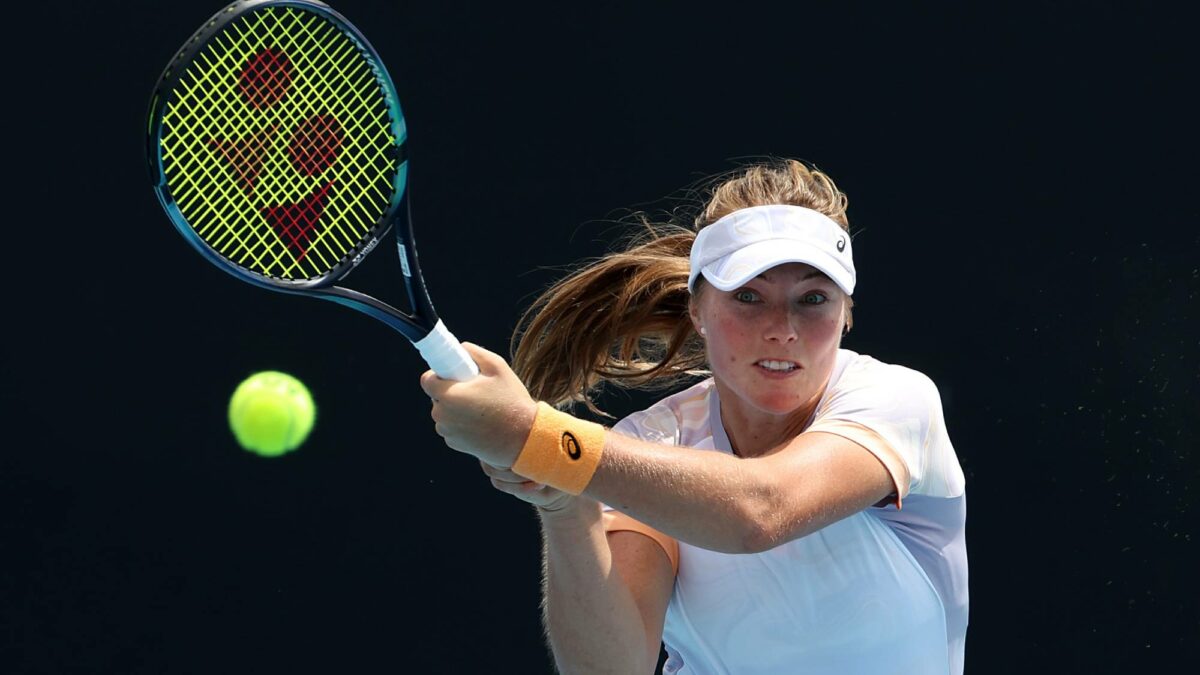 An overjoyed Olivia Gadecki was almost lost for words after living up to the hype to be the first home hope to advance to the Australian Open second round.

The emerging star vindicated her wildcard entry with a rousing 7-5 6-1 victory over teenage qualifier Polina Kudermetova on Monday.

Mentored by retired reigning champion Ash Barty, Gadecki was making her much-anticipated grand slam main-draw debut after missing the entire summer last year after declining to get vaccinated against COVID-19.

“She (Barty) sent me a text after my match, which really meant a lot,” Gadecki said. “I’m sure everyone kind of knows she’s always been in my corner, and I’m so lucky to have her. Whenever I need advice or anything, I’m always able to contact her.” 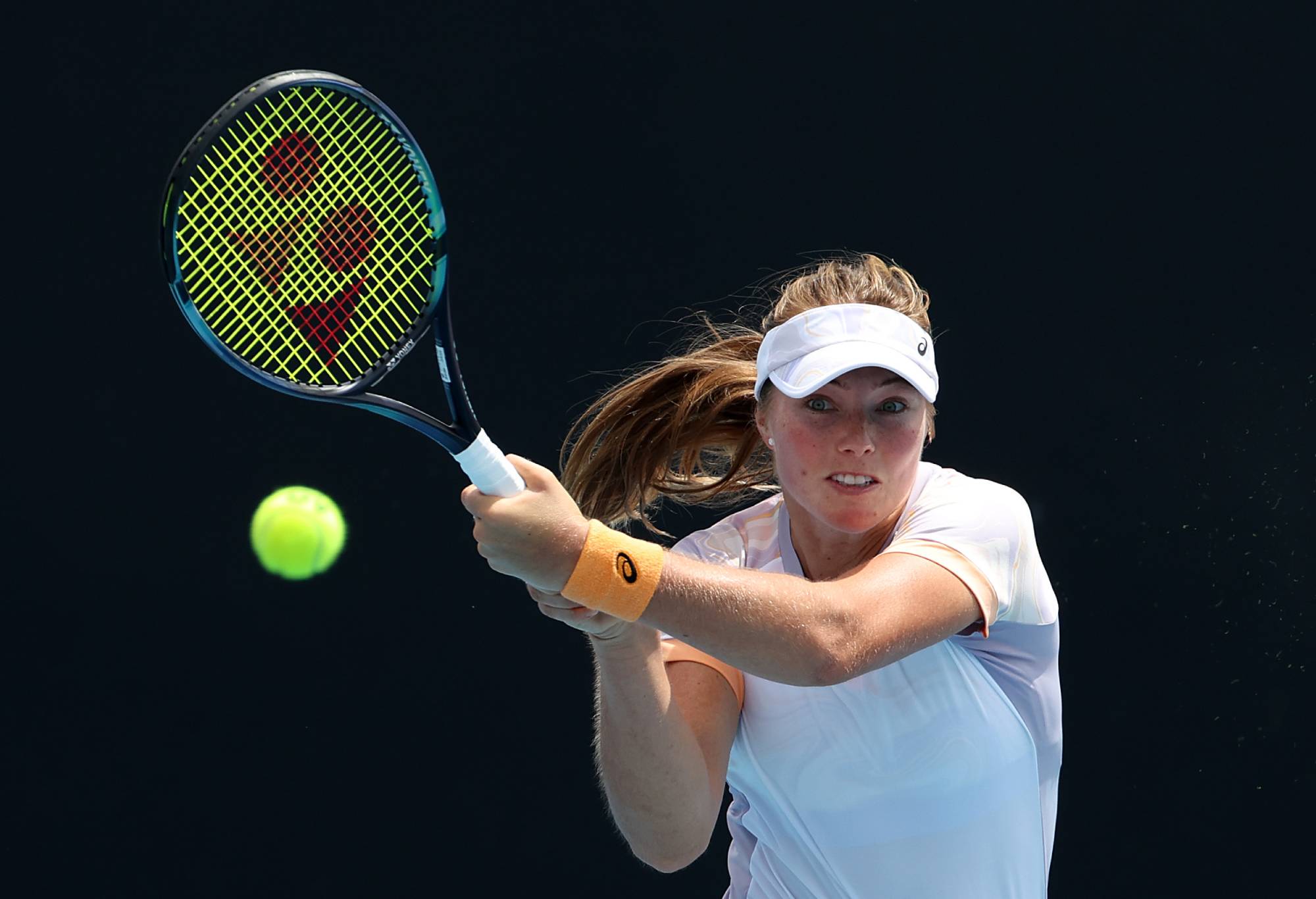 Gadecki’s decision to sit out the 2022 Open came after she’d burst onto the international stage with a stunning victory over 2020 champion Sofia Kenin at the 2021 Phillip Island Trophy event at Melbourne Park.

The prodigy backed up that win with a rapid rise up the rankings under esteemed coach David Taylor, Samantha Stosur’s long-time former ally and mentor of greats including Martina Hingis and Naomi Osaka.

“It’s definitely a relief, but I knew what my decision entailed and I totally respect everyone’s opinion and personal choice,” Gadecki said of her Melbourne Park breakthrough. “I’m just grateful to be here.”

While fans have had to wait to see Gadecki in action at her home slam, the 20-year-old certainly didn’t disappoint after finally making her debut. She seized the opening set against Kudermetova with the only break of the set, nailing a booming backhand down the line in the 12th game to draw rapturous applause from spectators on Court 8.

The adrenaline surge triggered a run of six straight games won for Gadecki as the young gun powered to her first grand slam triumph in 76 minutes.

“I actually can’t believe it. Wow, I’m speechless,” Gadecki beamed. “It’s such an amazing crowd, my home slam, my first-ever main-draw grand slam win. I mean, a girl can only dream.”

Gadecki crunched seven aces, 19 winners and conceded only nine points on serve and will take on exciting Ukrainian talent Marta Kostyuk on Wednesday.

While Gadecki marched on, fellow wildcard Talia Gibson bowed out with a 6-3 6-4 loss to French qualifier Clara Burel.

Four other Australians are in action later on day one – Storm Hunter, Jason Kubler, John Millman and Rinky Hijikata.

All good for Sinner

Jannik Sinner is the first big-name seed through to the Australian Open second round following a thumping win over returning former semi-finalist Kyle Edmund.

With Australian super coach Darren Cahill in his corner, Sinner showed no mercy against Edmund, who is still in the infancy of a comeback from a knee injury that sidelined the 2018 Open semi-finalist for 22 months.

He broke the Brit seven times, dropped his own serve only once and clubbed 24 clean winners to Edmund’s 10.

Sinner returned to Melbourne after a breakout season at the grand slams in 2022, reaching the quarter-finals of the Australian Open, Wimbledon and US Open and also the second week in Paris.

Standing in the 21-year-old’s path to another last-eight run could be third seed Stefanos Tsitsipas in the fourth round.

Next up for Sinner on Wednesday, though, will be either Frenchman Gregoire Barrere or Tomas Martin Etcheverry of Argentina.

Plain-speaking American Danielle Collins has overcome an injury scare and an unheralded opponent playing “good and lucky” tennis to edge through to the second round of the Australian Open.

Collins enjoyed a career-defining run to the 2022 final at Melbourne Park before falling to Ash Barty, less than a year after undergoing surgery for endometriosis to have a cyst removed.

She came into the opening grand slam of 2023 battling a knee complaint and was forced to call for a medical timeout midway through the first set on Monday against Anna Kalinskaya.

The Russian had bowed out in the opening round in her three previous Open campaigns, but for long periods of Monday’s clash she looked likely to break her duck.

“I’ve played a couple of these matches recently, and didn’t pull out the win,” said the 29-year-old. “Any time you’re on the court playing three-hour matches, you especially want to win, putting in that much effort.

“I just needed to push through the hurt a little bit. I definitely had a scare in the first set with the injury, which is not what you want to be dealing with in the first round of a tournament. I was able to work through it and the physios were really helping me.”

Collins is something of an open book on the court and several times in the nerve-racking final set she struggle to hide her frustration as Kalinskaya painted the lines with a string of winners.

“The finish, it was tough,” she said. “There’s a saying, right, ‘you’d rather be lucky than good’.

“Well, she was good and she was lucky. She was playing some really, really good tennis at a super-high level, challenging me and pushing me back. She didn’t give me many free points, that’s for sure. So I really had to find my game within that and bring my targets in a bit.”

Pegula, Gauff cruise into second round

World No.3 Jessica Pegula has wasted no time stamping her title credentials by powering into the second round of the Australian Open early on day one at Melbourne Park.

The 28-year-old American was the day’s first winner, needing just 59 minutes to see off the challenge of Romania’s Jaqueline Cristian 6-0 6-1.

Pegula won the opening nine games on Margaret Court Arena and sealed the lopsided victory with an ace.

Her second-round opponent will be either Belarusian Aliaksandra Sasnovich or 15-year-old Czech wunderkind Brenda Fruhvirtova, who advanced through qualifying.

Pegula underlined her status as a genuine chance to win a maiden grand slam title at Melbourne Park by crushing world No.1 and title favourite Iga Swiatek in straight sets at the United Cup in Sydney in early January.

Gauff is unbeaten in 2023, having started her year with a title triumph at the ASB Classic in Auckland, which included a win over countrywoman and former Australian Open champ Sofia Kenin.

The teenager’s win set up a blockbuster second-round encounter with British darling Emma Raducanu, a 6-3 6-2 winner over Germany’s Tamara Korpatsch.

No.25 Marie Bouskova from the Czech Republic fell 6-2 6-4 at the first hurdle to  Canada’s 2019 US Open champ Bianca Andreescu.