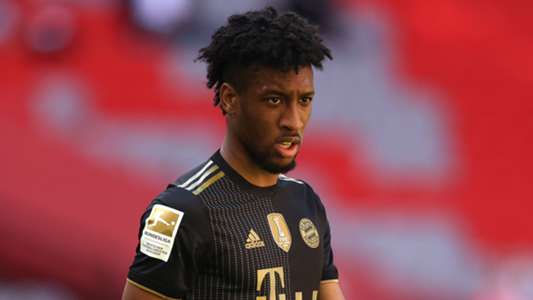 The winger had to have an operation for a “minor cardiac arrhythmia” said his manager, but says he should be back in a couple of weeks

France international Coman was discovered to have a small disturbance in his heartbeat which was affecting his breathing, the Bayern manager revealed, meaning he had to go under the knife. However, the Bayern coach insisted that the operation is a relatively minor procedure.

Coman is therefore expected to return to full training in a couple of weeks, but will certainly miss the Bundesliga club’s next few matches.

Speaking at his pre-match press conference on Friday ahead of Bayern Munich’s Bundesliga clash with Bochum this weekend, Nagelsmann revealed: “‘King’ had an operation yesterday, he had a minor heart rhythm disturbance. I’ll explain that with my little medical expertise.

“There are two strands that activate the sinus node. One of them was cut off so that there would be no additional blow. Sometimes he had less air for a short time and was less productive. That’s why we did a long-term ECG (electrocardiogram) and found something that could be fixed quickly.

“He’ll start cardio on Tuesday. It won’t take much longer than a week and a half or two before he’s back in team training.”

While the news that Coman has had heart surgery sounds dramatic, Nagelsmann moved to soothe concerns.

He said: “It sounds much more dramatic than it is. He is doing very well, he has minimal wound pain.

“It’s not so blatant, several people have that, but it makes a difference whether my greatest effort is to go to the refrigerator and get a cool light beer – or whether I’m a competitive athlete.”

Which games will Coman miss?

Coman is out of the game against Bochum, and will also be unavailable for the trip to Greunther Furth on September 24.

Bayern will hope Coman is fit for their next Champions League fixture, at home to Dynamo Kiev on September 29, but a more likely target may be hosting Eintracht Frankfurt in the Bundesliga on October 3 – or potentially returning after the international break which will follow.