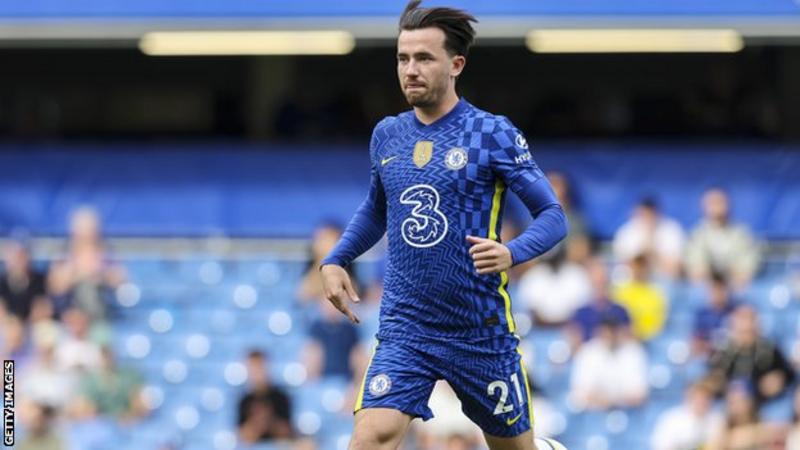 Chelsea’s Ben Chilwell wants to be England’s first-choice left-back at the World Cup after what he describes as a “difficult” period in his career.

The 25-year-old did not play at Euro 2020 and, after a positive start to last season, then missed six months following knee surgery.

However, he returned as a last-minute substitute for Chelsea’s final game of the season.

“I’ve dreamed of playing in a World Cup since I can remember,” he said.

“To know it’s just around corner, is more motivation for me to try and seal that spot down, not just for me but my family, especially after the Euros which was a pretty difficult time for me.

“If I can go to World Cup as number one left-back and have a good tournament and hopefully as a team we can do well, it would be a highlight of not just my career but my life.

“The next four and five months I will do everything I can to make sure it’s my spot going into the tournament.”

Chilwell, who won the Champions League with Chelsea in 2021, was picked in manager Gareth Southgate’s squad for the delayed Euro 2020 tournament but did not play.

He was then dropped by Chelsea boss Thomas Tuchel at the start of last season because of “mental fatigue” but won his place back and scored in three consecutive Premier League appearances.

The former Leicester player first partially tore his anterior cruciate ligament in Chelsea’s Champions League win over Juventus last November and hoped he could return without surgery. At that stage, Chelsea were top of the Premier League.

But he revealed he then broke down again on Christmas Day, which led to an operation that kept him out until the appearance as a substitute against Watford on the last day.

Chilwell, who says he is motivated by helping Chelsea become a more “consistent” team in their pursuit of Manchester City and Liverpool, also revealed that being in touch with Southgate helped him through his rehabilitation.

“I’ve spoken to Gareth a few times, he was in contact a lot with staff at Chelsea and sent me messages saying ‘I hear the rehab was going well and you’re working hard, just keep going and hopefully see you soon.’,” he said.

“I sent him some messages in the summer to say good luck with the games. It’s nice to feel when you’re not there the manager is looking out and keeping an eye on you. It’s positive because it means I’m still in his thoughts.

“As weird as it sounds, the injury happened at the perfect time, I’m back now and we are four or five months away from the World Cup.

“If I play well between now and then I’m confident I will be in the squad. It was never a worry I wasn’t going to be in World Cup squad, you have to be positive.”

The team is training at UCLA in Los Angeles before playing games in Las Vegas, Charlotte and Orlando where they will face Arsenal on 23 July.