Bengaluru Bulls vs Bengal Warriors Live: Bengal Warriors have started the PKL 8 season on a high as they have won two in two so far and will look to continue their winning streak when they face Bengaluru Bulls on December 26. Meanwhile, Bengaluru have had a decent start to the season with one win and a loss so far. The match will be played at the Sheraton Grand, Whitefield, Bengaluru, and will start at 8:30 PM IST. Follow PKL 2021 Live on InsideSport.IN.

Both the captains, Maninder Singh and Pawan Kumar, have led their team from the front and will be eager to register another win in the tournament. Pawan Kumar has already 21 Points against his name while Bengal captain Maninder Singh has claimed 15 Points so far. 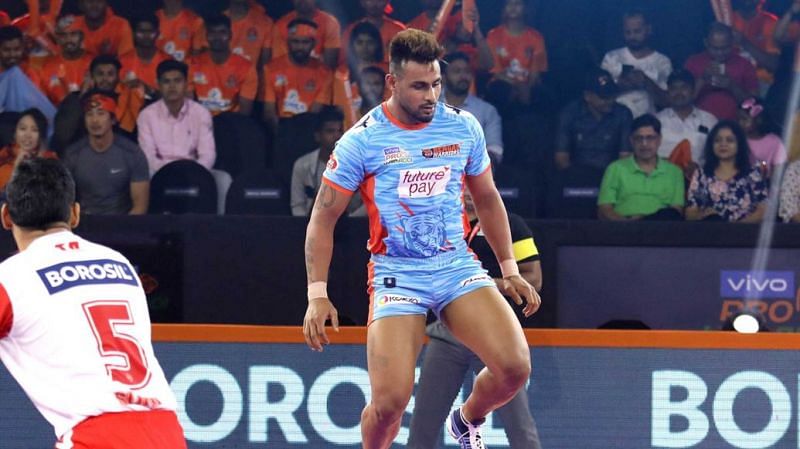 Bengal Warriors have won both their games in the tournament so far. They thrashed Pardeep Narwal-led UP Yodhha in their opening game. After that, they registered a close victory over Gujarat Giants. Meanwhile, the opening game against U Mumba was one to forget for Bengaluru Bulls. They got thrashed 30-46 by the Fazel Atrachali-led team.

However, the Karanataka-based team got their mojo back in their second game against Tamil Thalaiavas in the Southern Derby of the Pro Kabaddi League. They won the game 38-30 and will ride on the confidence from this to the clash against Bengal.

The broadcasting rights for the Pro Kabaddi League season 8 is given to Star Sports Network. Kabaddi fans can live stream the event on Disney + Hotstar. The Jaipur Pink Panthers vs Haryana Steelers clash will kick start at 9:30 PM IST on Saturday, December 25.