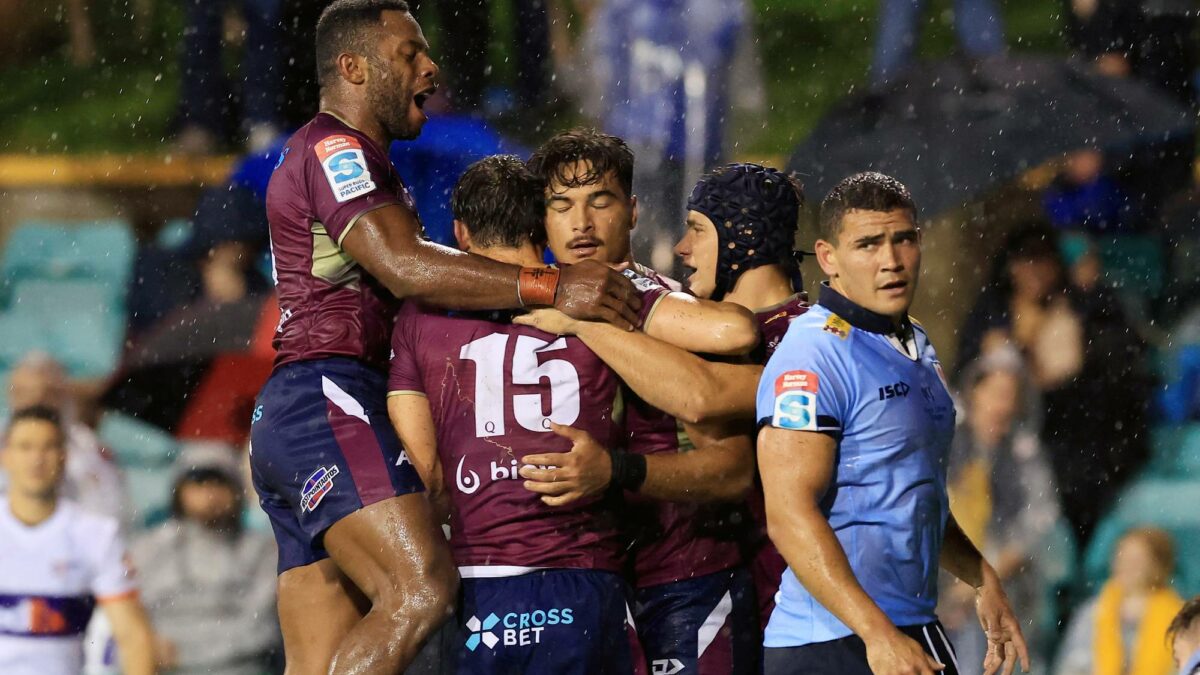 Auckland Blues became the latest franchise to suffer a Covid outbreak as media reported Beauden Barrett would be ruled out of Friday’s match against the Highlanders at 5.05pm EDT.

The team said a number of players have test positive but the match will be played.

“The Blues confirm that a small number of players in the squad have tested positive for Covid,” the franchise said via a statement. “They are self-isolating and the remainder of the squad will continue with the strict protocols, including regular testing.”

The club said that while they had been extremely vigilant around health protocols, “as the other Super clubs have found, the Omicron variant can infiltrate the team”.

Stuff.co. nz reported that All Blacks star Beauden Barrett is set to miss the match, after being named for his first start at No. 10 since the 2020 season.

Earlier in the week the Hurricanes had to withdraw from their Saturday clash against Moana Pasifika when a major outbreak, understood to have affected as many as 20 players, left them unable to field a side.

That match has been postponed and will be rescheduled at a later date.

The Blues have already seen their first-round clash against Moana Pasifika postponed because of a Covid outbreak in the opposition camp.

Meanwhile Jordan Petaia gets a chance to make an impression at fullback for the Reds against Fijian Drua as the Super Rugby frontrunners made three changes for Saturday’s clash.

Jock Campbell has been outstanding in the No.15 jersey in three games so far but he shuffles to the wing.

Wallabies prop Taniela Tupou returns to the starting line up while Harry Hoopert makes his first start of 2022.

Ryan Smith moves into the starting side in place of injured lock Lukhan Salakaia-Loto, while University of Queensland’s secondrower Connor Vest will potentially make his Queensland and Super Rugby Pacific debut off the bench.

Fraser McReight will captain his state for the first time.

Reds head coach Brad Thorn said: “It’s great to be back home this week playing in front of our Queensland fans.

“They’ve been through a lot recently with the floods and hopefully we can put in a good performance for them and put some smiles on some faces.

“It’s great to have the Drua in the competition. Their style of play is positive and they’ll be full of confidence after their first win last week. We’re expecting a tough contest on Saturday night.”

In honour of Queensland Rugby Union’s Pasifika Round, eight players will wear the flag of their pacific background on their jersey which will be signed and auctioned off after the match to raise further funds for UNICEF Australia’s Tongan Recovery Appeal in response to the explosion of the Hunga Tonga Hunga Ha’apai underwater volcano and subsequent tsunami earlier this year.

On this week’s The Roar Rugby podcast, Brett McKay named Campbell as his potential Wallabies bolter in the No.15 jersey and said the clamour for Petaia at No.15 was a “silly idea.”

“There’s been so much talk about Jordan Petaia playing fullback and that’s a silly idea for a number of different reasons.

“The prime reason is Jock Campbell is a better fullback. He’s shown it every week this season so far, his run metres, the work he does, the position on the field, he’s got a good kicking boot, his instincts are good, he’s got a bit of play making about him, he’s a good support player. I think he’s getting really good.”

Listen to Brett and Harry Jones reflections on Super Rugby so far below.

Dan McKellar made four changes to his starting side for the Brumbies clash with the Rebels.

Tom Hooper will make his first start for the club having graduated via the Brumbies pathways program, with Brumbies centurion Scott Sio, ACT local Connal McInerney and Jesse Mogg also earning their first starts for 2022.

“We’re fortunate this week to freshen a few players and give others an opportunity but with our depth at the moment, we’re swapping quality with quality so we’re happy with the makeup of the squad heading to Melbourne,” said McKellar.

“Connal has been patient and deserves a crack and similar with Jesse Mogg and Scott Sio, they’ve been good off the bench, and it’ll be good to see them run out with the starters.

“As a club, we’re all excited to see Tom Hooper get his first start for the Brumbies and equally, having Rod Iona in the finishers is special for a popular member of the group.

“Winning those first three home games was pleasing but we’re still chasing an eighty-minute performance we can be proud of and we’ve put all the focus on us this week to go down to Melbourne and achieve that.”

The Rebels welcome back Andrew Kellaway from injury and Reece Hodge after his suspension.

Hurricanes vs Moana Pasifika POSTPONED DUE TO COVID