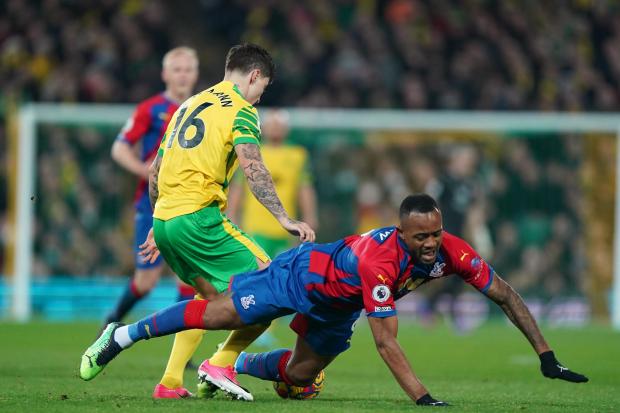 PALACE boss Patrick Vieira wants to see more of a “killing instinct” from his array of attacking players.

Wilfried Zaha returned from the Africa Cup of Nations to score a fine equaliser in Wednesday’s 1-1 draw at Norwich but also missed a penalty which would have secured three points for the visitors.

Vieira had previously called for more consistency from the Ivory Coast international and that was laid bare during a topsy-turvy performance at Carrow Road.

But the Eagles boss is also keen for his other attacking players to do their bit, with on-loan Chelsea midfielder Conor Gallagher still topping the scoring charts for Palace this season with seven goals.

“Yes, we have players who are capable of scoring goals and creating chances but that is not enough – we need to have this killing instinct to score these goals,” said Vieira.

“The attacking force, the way we play and you see the situations we are creating, in both areas in offensive and defensive we need to be more ruthless.

“That will come with experience and playing together and when you look at how we improve from the first game of the season, I think we are a better team.