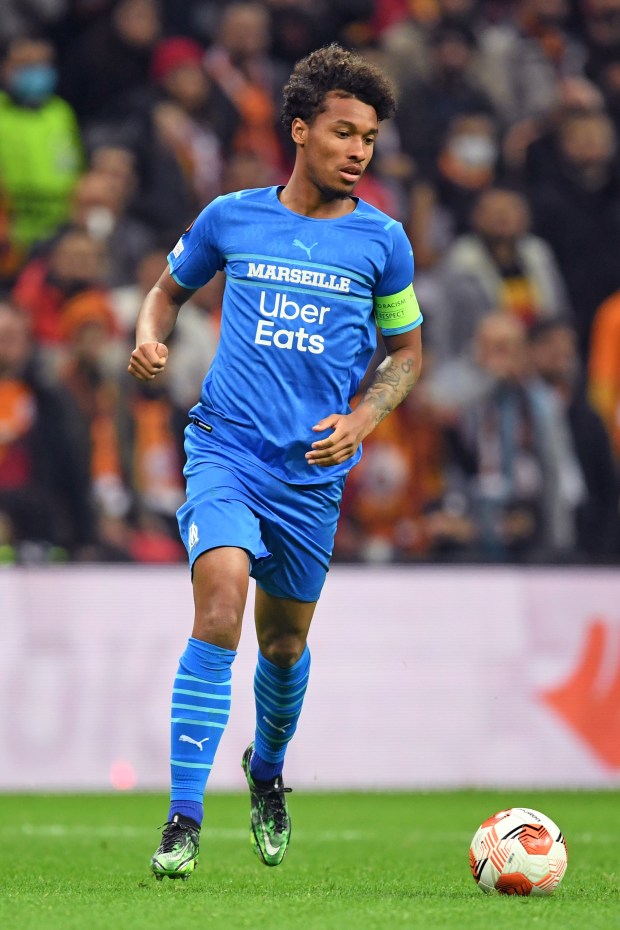 The Frenchman’s contract stalemate opens up the possibility of a January exit.

According to L’Equipe, Marseille’s offer on the table would have made Kamara the highest earner at the French club.

But Marseille also want Kamara to change his representation, like they have done for fellow midfielder Valentin Rongier.

If the situation isn’t resolved, the likes of Man Utd can agree a pre-contract with the 22-year-old star from January 1.

And at this point, a departure looks more likely.

Tensions between the player and the club have rose in recent weeks.

After Marseille’s Europa League defeat to Galatasaray, the club reportedly tried to get the player to address the media on his contract dispute.

But Kamara didn’t show up to the press conference.

Kamara would face the press four days later but no comment on his future was made.

Erling Haaland is arguably the most exciting talent in world football right now and it should come as no surprise that Manchester United, as well as almost every top European, are believed to be interested in signing the Norwegian striker from Borussia Dortmund. The release clause is believed to become active in his contract next summer, meaning there could be an intense transfer race to sign him amongst the biggest clubs in Europe.

Haaland’s numbers have been nothing short of extraordinary. According to stats from Transfermarkt, he has scored 76 goals and provided 27 assists in 79 appearances for Borussia Dortmund till now.

He is already one of the best strikers in the world and at 21 years of age, is only expected to get better moving forward. Thus, it is not hard to see why there is so much interest in the striker.

Amidst all this, as reported by Manchester Evening News, Rangnick has recently spoken to his father, Alf-Inge, about the possibility of his son signing for Manchester United next year. They are believed to have a cordial relationship, with the German having over seen Haaland’s move to RB Salzburg in the past.

Manchester United have been linked with Haaland for a long time and are believed to have come very close to signing him before he ended up joining Borussia Dortmund.

The relationship between Rangnick and Alf-Inge could certainly work in Manchester United’s favour when it comes to any potential move.

But with almost every top club in Europe interested in signing him, it is safe to say that Haaland has a wealth of options when it comes to picking his next destination. And if Manchester United are to have any chance of bringing the Norwegian to Old Trafford, they might have to finish the 2021/22 campaign in impressive fashion.

There are several players at Manchester United who have not gotten the playing time that they must have been looking for this season. That is not a huge surprise though considering the amount of depth that the Red Devils have in their squad. What is also not a surprise though is the fact that multiple players are being linked with an exit in the upcoming January transfer window.

One such player is Anthony Martial. Once one of the most important players at Manchester United, things have not gone his way in recent years.

This season, he has barely played first-team football. According to stats from Transfermarkt, he has made 10 appearances, featured for 359 minutes in total and scored just once.

And as reported by the Daily Mail, Martial held talks with interim manager Ralf Rangnick on Wednesday as he tries to secure a move away next month.

When Martial was signed from AS Monaco in 2015, he was considered as arguably the most exciting young talent in world football. The transfer fee that Manchester United shelled out for him was the highest for a teenager at that point.

Now, he has had good seasons at Manchester United. For example, he was brilliant in the 2019/20 campaign and finished as the club’s top scorer that season. But what he has struggled with is finding consistency.

Since that season, Martial has not been able to find his form and struggled in front of goal. And with the likes of Cristiano Ronaldo, Edinson Cavani, Marcus Rashford and Mason Greenwood ahead of him in the pecking order, future prospects of getting first-team minutes do not look bright for the Frenchman.

He has been heavily linked with Barcelona and Juventus. But recent rumours have suggested that Martial prefers a move to Sevilla.