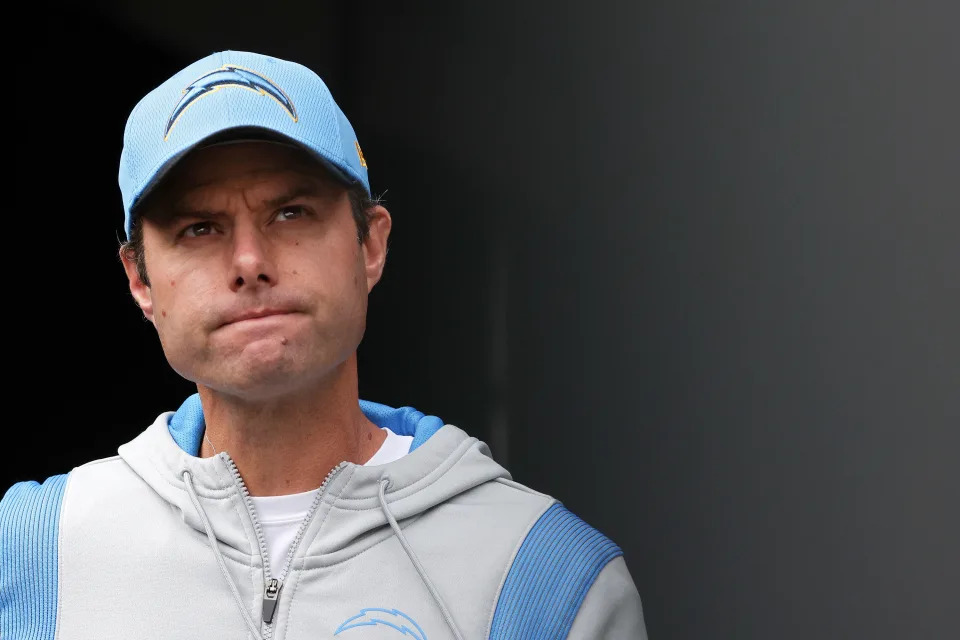 In a perfect world, Brandon Staley will be the coach the Chargers franchise has been searching for for nearly its entire existence. He’ll finally get the team back to the Super Bowl, and even win it.

It may not happen this year, especially since it’s been over 30 years since a rookie head coach won the Super Bowl, and George Seifert’s 49ers still had Joe Montana and Jerry Rice. It may not happen next year.

But if Staley has success, it will hopefully lead to the NFL — a league that has a well-earned reputation as a copycat club, with varying success — taking notice and promoting more coaches like Staley. Because if he is who he appears to be, Staley, or at least his approach, should be what team owners and general managers are looking for in their head coaches.

He provided another example of why on Sunday, after Los Angeles’ 41-22 win over the Cincinnati Bengals, when he told reporters that while star defensive end Joey Bosa had been cleared by the team’s medical staff after undergoing a concussion evaluation in the first quarter, Staley kept Bosa out of the game because of Bosa’s history with brain injury.

“As long as I’m the head coach here, we’re going to be making decisions like that in the best interest of our players. He was cleared of a concussion, so that’s good news,” Staley said.

Bosa had two concussions last season alone and has talked publicly about how they affected him mentally, and while he may have been good enough to go back onto the field Sunday, the cumulative effects of brain injuries can be debilitating in the short and long term. Staley was looking out for his player.

It’s the pessimist in me, and the fact that I’ve followed the NFL for well over a decade, to wonder if Staley debated changing his mind and reinserting Bosa after the third quarter, after the Bengals had cut a 24-0 Chargers lead to 24-22.

It’s worth giving him the benefit of the doubt, particularly with prior evidence showing that he might be exactly who he purports himself to be.

A 38-year-old who rose from Division III defensive coordinator to NFL head coach in just five years, Staley gained notoriety in October when he gave a detailed answer about the importance of the run game: how it helps a quarterback, how it helps the offense overall, how it brings a physical dimension to a game by forcing the defense to play blocks and tackle.

It was an early sign of how Staley was different. Where some coaches can guard tactical information like state secrets, trying to convince us that being informative is a detriment to their own cause of winning, Staley doesn’t take that tack.

A week later, Staley became the rare coach to show support for players when it comes to this year’s renewed emphasis on taunting. “I don’t have a perfect answer, I just know it’s tough on these players. It’s tough on them,” he said. “They have a really, really difficult job, and it’s a game that’s based off the energy and emotion of competition. … I think it’s very challenging. I really do. My side is with the players, always.”

Those answers and others also show a respect for the media that not all coaches share, either. Regardless of what you think of your favorite team’s beat writers, they are professionals who by and large are doing their best to deliver as much information as possible to their respective audiences, and being brusque with them does a disservice to the fans. Staley comes by his respect for media honestly: One of his first jobs was as an agate clerk at a small newspaper in his native Ohio, where the sports editor was the father of one of his high school football teammates.

Staley has embraced analytics, and after a successful conversion against Cincinnati, the Chargers are 13-for-21 on fourth-down tries this year. Staley has said that analytics help coaches make better decisions, while acknowledging that they won’t make perfect decisions every time.

Most refreshing were Staley’s comments on Jon Gruden after Gruden resigned in late October over a cache of emails in which he spewed hate toward pretty much every group of humans that aren’t straight white men.

Staley said nothing about Gruden. He offered no support for the now-former coach from his own division, no pithy words about what a shame it was that Gruden did what he did, or some such. No, Staley spoke about the victims, and spoke volumes in fewer than 300 words.

In a league where just getting an owner, head coach or front office executive to acknowledge that Black lives actually have value has proven difficult, Staley’s words were bracing.

They aren’t just words. Staley shows his values in a more tangible way too. His coaching staff is one of the more diverse in the league, and not just the typical position coaches we usually see. Two of his three coordinators are Black, and Mayur Chaudhari, one of only two Indian-Americans coaching in the NFL, is assistant special teams coach.

What all this points to is someone who generally seems like a human being who gets it. Maybe it’s partly because of Staley’s heartbreaking experiences with cancer. He battled Hodgkin’s lymphoma when he was just 24 years old, while his father, a two-time survivor, was first diagnosed when he was in elementary school. His mother was diagnosed with breast cancer when Staley and his twin brother were 12 and she fought for a decade before succumbing to the disease.

In a perfect world, it wouldn’t take all that to give someone perspective. But it played a big role in shaping Staley into the man we see now. We can only hope there are more NFL coaches like him in the future.