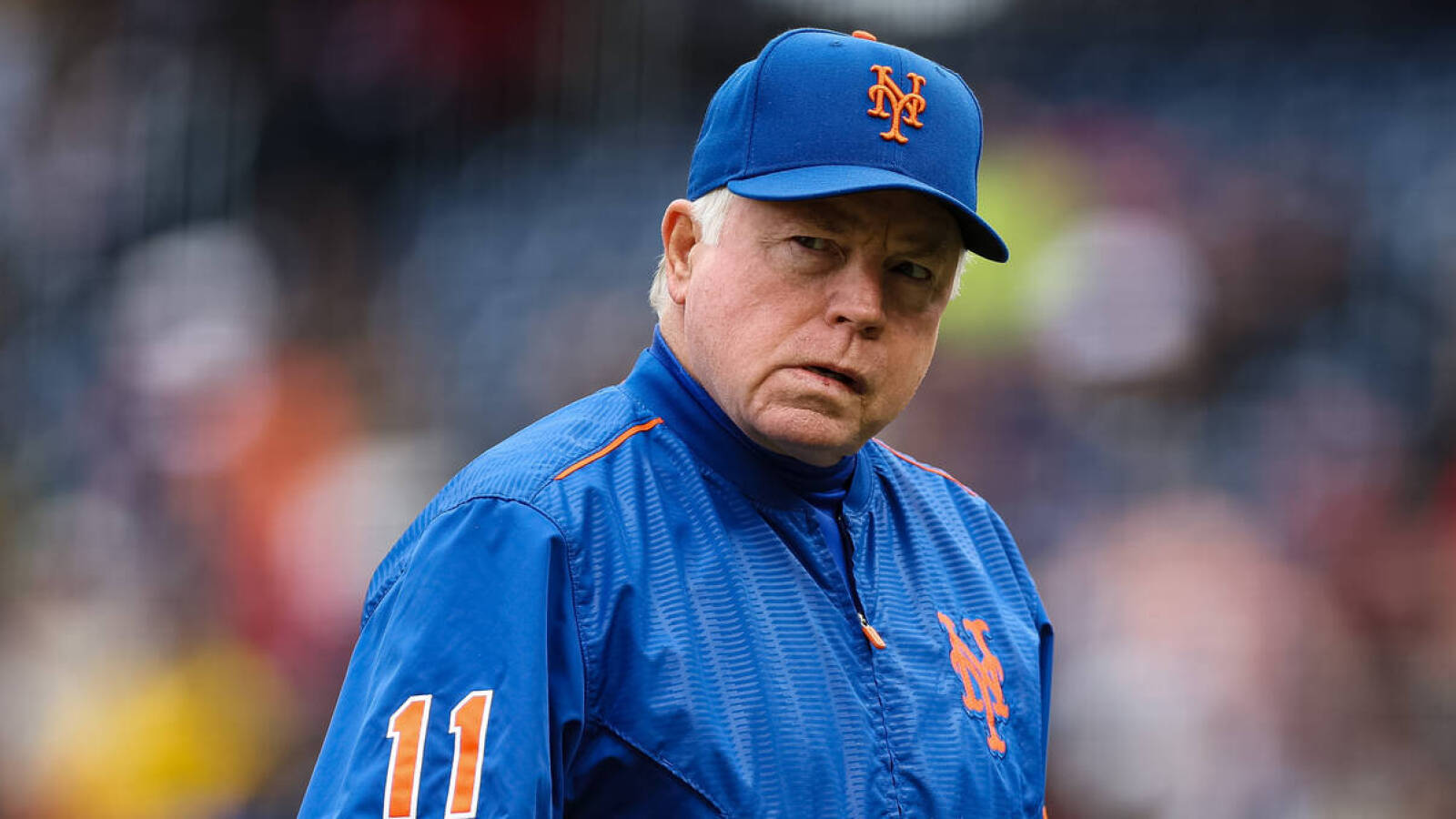 The New York Mets were in headlines throughout the midweek for reasons that had nothing to do with their 14-6 start to the 2022 MLB season or the fact that they sit atop the National League East standings heading into a weekend home series against the rival Philadelphia Phillies.

New York has had an MLB-high 19 players hit by pitches this month and was involved in a bench-clearing incident related to J.D. Davis being plunked in the foot Wednesday afternoon at the St. Louis Cardinals. That same day, MLB vowed to “continue to monitor” the situation, but it was reported Thursday that the Mets would be granted a meeting with at least one league executive to voice their frustrations.

According to Ryan Morik of SNY, manager Buck Showalter “and several Mets — both pitchers and position players” met with MLB officials on Friday to discuss the matter.

“That’s how you make good decisions: You listen to the people that are actually throwing the baseball and hitting the baseball,” Showalter explained about the meeting he seemed pleased about after the fact. “And you listen to people that are doing all the work to improve our game and try to keep it safe.. but until you’ve been in the batter’s box, until you’ve been on the mound when it’s 45 degrees and the wind is blowing…it’s a different gig.”

Mets right-hander Chris Bassitt said earlier this week that “bad” grips of baseballs were contributing to the team’s hit-by-pitch problems.

“Being on those committees sometimes, you understand how many things that are really going on behind the scenes that don’t get broadcast,” Showalter said about such complaints. “‘Hey have you ever thought about a pitch clock?’ Well, they’ve been working on it for three years and trying it out and looking at different things. We all know that pitchers may have taken it too far one way — well, it did — now we’re just kinda looking to see if we’ve taken it too far the other way.”

Mets slugger Pete Alonso has already been struck in the helmet by pitches twice this season and said on Wednesday that “there are consequences whether it’s on purpose or not, and we’re going to stand up for ourselves.” Such comments suggest figurative fireworks could go off if the Mets are hit even once this weekend.