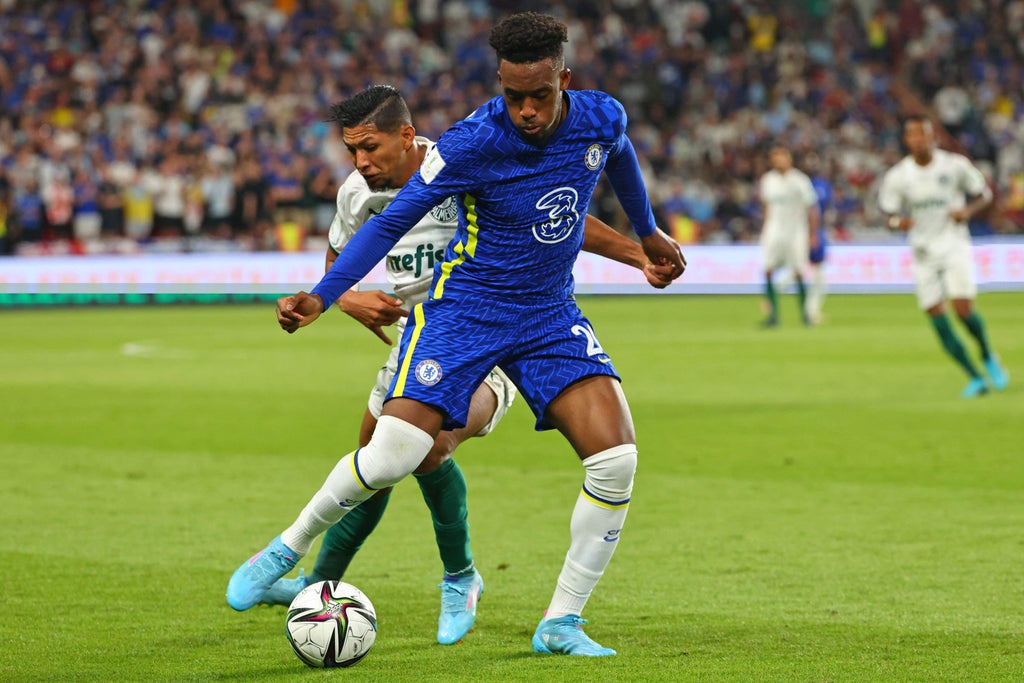 Callum Hudson-Odoi has expressed his relief over his failure to secure a loan move away from Chelsea last summer.

The winger was keen on a switch to Borussia Dortmund after failing to hold down a regular place under Thomas Tuchel. But the Chelsea manager’s refusal to let him go saw him remain at Stamford Bridge.

That paid off on Saturday, with Huddon-Odoi lifting the Club World Cup in Abu Dhabi.

He said: “Big trophies like this are games you want to be involved in with a club like this.

“Big games, big trophies, you want to win as much as possible with a club like this. Our aim is always to win games and win as many as possible.

“When we get the opportunity we keep pushing.

“If I went out in the summer I wouldn’t get opportunities to play like this and enjoy the games and win trophies. So I’m really delighted that I stayed and obviously I got the opportunity to play.”

Hudson-Odoi provided the cross for Romelu Lukaku’s opener in the 2-1 win.

That was despite being played at wingback – a role Tuchel admits he is not best suited to.

Hudson-Odoi added: “I’m never a person to question or say something or judge what the manager’s decision is.

“I am very humble to play in an position he tells me to play. I just try to give it my best every game. It doesn’t matter where he plays me, I will still give it my best.”

Meanwhile Hudson-Odoi has refused to give any indication as to where his international future lies.

Asked if he would play for England at the World Cup in Qatar, the forward, who is also eligible for Ghana, said: “I don’t know. At the end of the day, we will wait until that time comes. At the same time, I’ve just got to focus on the club until we get that far.”