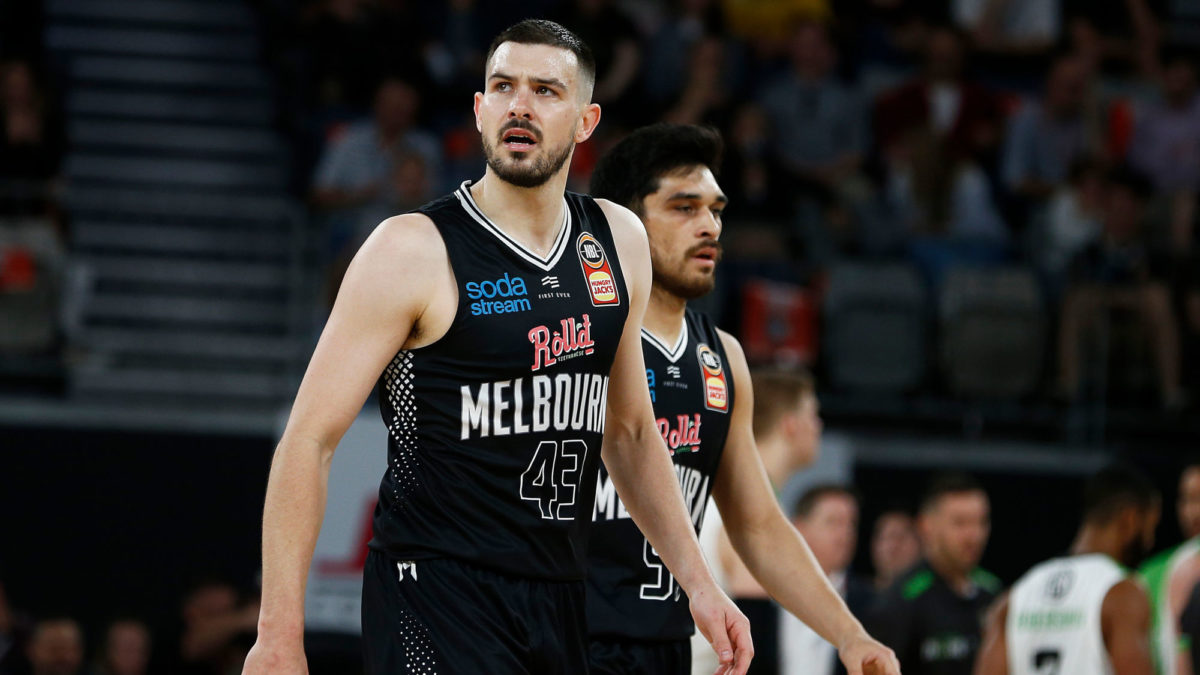 However, with the loss of illustrious, key personnel to the championship side, does United possess the quality to do it all again?

United recruited well last season and found a side stacked with the likes of Jock Landale, Chris Goulding, Scotty Hopson, Yudai Baba, and Mitch McCarron, ultimately the benchmark of the competition.

The side had a fantastic start, going 10-1, establishing their dominance in the competition, characterised by star player Landale. Following four straight defeats in the NBL Cup, United reset and went on a 12-game win streak, cementing the top spot with a couple of games to go, and finding themselves in a first-ever Throwdown finals match-up against the Phoenix.

After a three-game semi-final tussle against South East Melbourne, United finished the season in style, claiming a 3-0 grand final victory over the Wildcats and capping off one of their strongest seasons in history.

After the season’s end, the club found themselves in a bit of trouble, losing key players to new opportunities, a positive and a negative for United.

Landale found himself a new home at the San Antonio Spurs, finally pursuing his dream of NBA basketball, further epitomised by his performance at the Tokyo Olympics.

McCarron found a new home at the Adelaide 36ers, Yudai Baba’s superb impact has been lost to the Texas Legends in the NBA G-League in hopes of an NBA breakthrough, and Scotty Hopson also headed back to the US for the Oklahoma City Blue in the G-League.

United also lost Sam McDaniel to the Tasmania JackJumpers and David Andersen due to retirement.

United’s focus looking forward is youth development. Two-hundred and eleven cm centre Jo Lual-Acuil has certainly risen throughout the last three years for United, exploring his dominance on the floor to become a dynamic, constructive player who looks to explode to the rim and find buckets in more ways than one.

Mason Peatling is another youngster for United, a promising forward who has become prominent on both defensive and offensive ends, securing the rebounds in a physical tussle on most occasions to allow the fast offensive transition the point guards such as Chris Goulding thrive off. 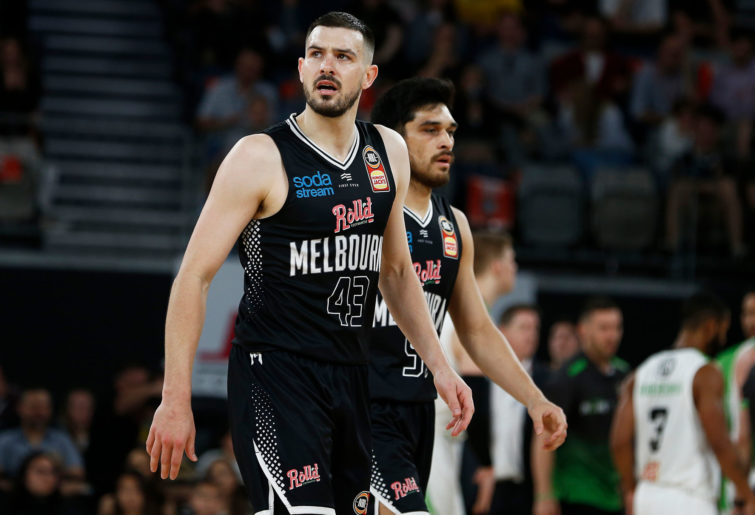 Some noticeable inclusions of youth for United include 208cm forward David Okwera, who at only 19 years of age finds himself on his first NBL roster. While many have not heard of him, he’s had experience at the international level, representing Australia at the FIBA U19 Basketball World Cup. Okwera may find himself a utility off the bench, however, this season opens up great potential for further development.

The most prevalent youthful signing for United is German NBA prospect, Ariel Hukporti. Standing at 213 centimetres and weighing in at 113 kilograms, the youngster provides some explosive power and mobility, and athleticism across the floor, a versatile unit that carries over experience from the Lithuanian Basketball League, averaging ten points and seven rebounds a game.

The German international has represented Germany at the 2019 U18 European Championships as well as in his junior years. The NBL Blitz showcased his ability as a terrific bench impact United can utilise with Jo Lual-Acuil.

Moving on to the experienced inclusions to the United squad, big signing Matthew Dellavedova comes into the starting five after failing to secure a deal back in the US.

While Delly has declined in his peak performance, the loss of key offensive players for United has brought about the new defensive nature to ultimately shut down the opposition in the occurrence of a shooting deficiency. Delly can provide some versatility on both ends of the court and will most likely make his presence felt with his assist work around the court. 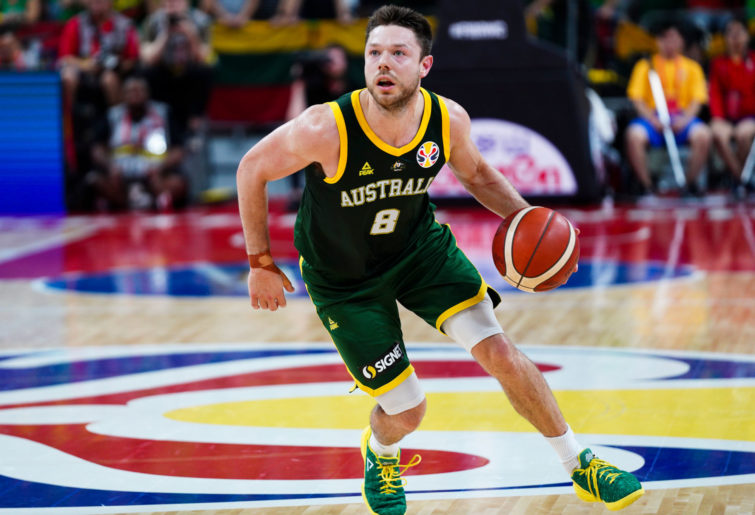 (Photo by VCG/VCG via Getty Images)

Backing Delly up in the guard position is 27-year-old Caleb Agada, the Nigerian-Canadian prospect who comes straight out of the Olympics, where he represented Nigeria and accumulated some good minutes at the international level. Agada has spent the last two seasons in Israel improving his craft, averaging 23 points and three steals per game, an impressive asset, and contributor for Hapoel.

Agada may prove to be the X-factor for United, causing trouble on both ends of the court, an expressive and constructive individual transitionally. The experience plays a big role in this squad, and his recent appearance for the Denver Nuggets in the NBA Summer League competition places him in good nick heading into the season.

United have also added to the roster experienced veterans Brad Newley and Dion Prewster, who will be fundamental role players under Dean Vickerman.

Finally, we add these new guys into the current roster and you start to see quite a competitive side roll out on court each week. The lethal Goulding will always provide United with a consistent three-point shooter option, however, the inclusion of Agada may expose Goulding to a newfound defensive presence.

Shea Ili also holds a strong defensive presence for United as a smaller lockdown defender outside the paint, while also capable of draining the occasional three on transition.

Jack White and Agada are massive role players for United, with the return of White possibly giving them the boost they need with the lack of another import they seem to be crying out for. White had his season cut agonisingly short with an Achilles rupture against Cairns on Good Friday earlier this year, but has since just returned to the group training with no timeline set as of yet.

He found his way back to Melbourne after his time spent at Duke University in the US and in the 11-game experience with United, he’s averaged nine points and two blocks per game. White comes as a well-alert defensive transitional player who is agile in his decision-making on both ends of the court, opening himself up for easy buckets down the stretch.

So, do United have the team to go back to back? Vickerman and the coaching panel have recruited effectively, however, this new defensive approach may be difficult to implement, as seen in the NBL Blitz where there were many defensive collapses where sides went on large streaks against them.

In saying that, there is a culmination of versatility within the starting line-up and off the bench which gives United the best opportunity to stay competitive, week in, week out.

The loss of Landale places immense responsibility on Lual-Acuil and Hukporti, however, defensively the two together seem to have Landale covered. It is offensively United may struggle to replace the scoreboard influence Landale provided.

It’s fair to say that United’s defensive capabilities across a dynamic range of opposition line-ups will be the decisive area of success on a consistent basis. While they’ve declined in talent across the board, the season will most likely be approached as a developmental stage for a push for a championship the year after if United can retain their talent.

For United, back to back may be a stretch, however, with the NBL looking the most competitive it has in years, it doesn’t seem as if one team will dominate, which means if United stays consistent, a finals ticket could lead them anywhere. They are the team opposition sides would be worried to come up against with their versatility.

United struggled to go back to back in 2019, however, the chance for redemption starts now.

Are they strong enough to make history?