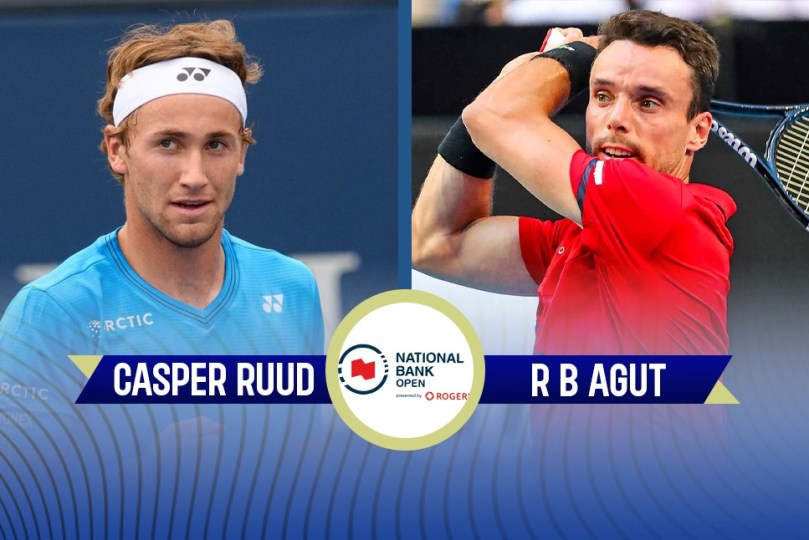 Canadian Open LIVE: Ruud vs Agut LIVE streaming: Roberto Bautista Agut won the first set 7-6 to take lead in the third round contest against Casper Ruud at the Canadian Open on Thursday, 11th August. In the important clash, both the players will be fighting to seal a spot in the quarterfinals of the ATP Masters 1000 tournament. Ruud is entering the contest after winning against Alex Molcan in straight sets in second round, while Agut defeated Marcos Giron and Jack Brooksby in straight games in the first two rounds. Follow Canadian Open LIVE on InsideSport.IN

In just over 80 minutes, @CasperRuud98 finishes off the first set 7-6(3) on Court Rogers against Molcan#NBO22 pic.twitter.com/jtJQiaLotM

Ruud vs Agut Head-to-Head: Both the players played against each other twice in the past and Roberto Bsutista Agut has won both the matches. They last met this year at the ATP Cup with Agut winning the contest in straight games. The Spaniard will once again look to extend his lead over Ruud. Ruud though is in a good form, his preferred surface is clay and on hardcourt, Agut has an edge over the Norwegian.