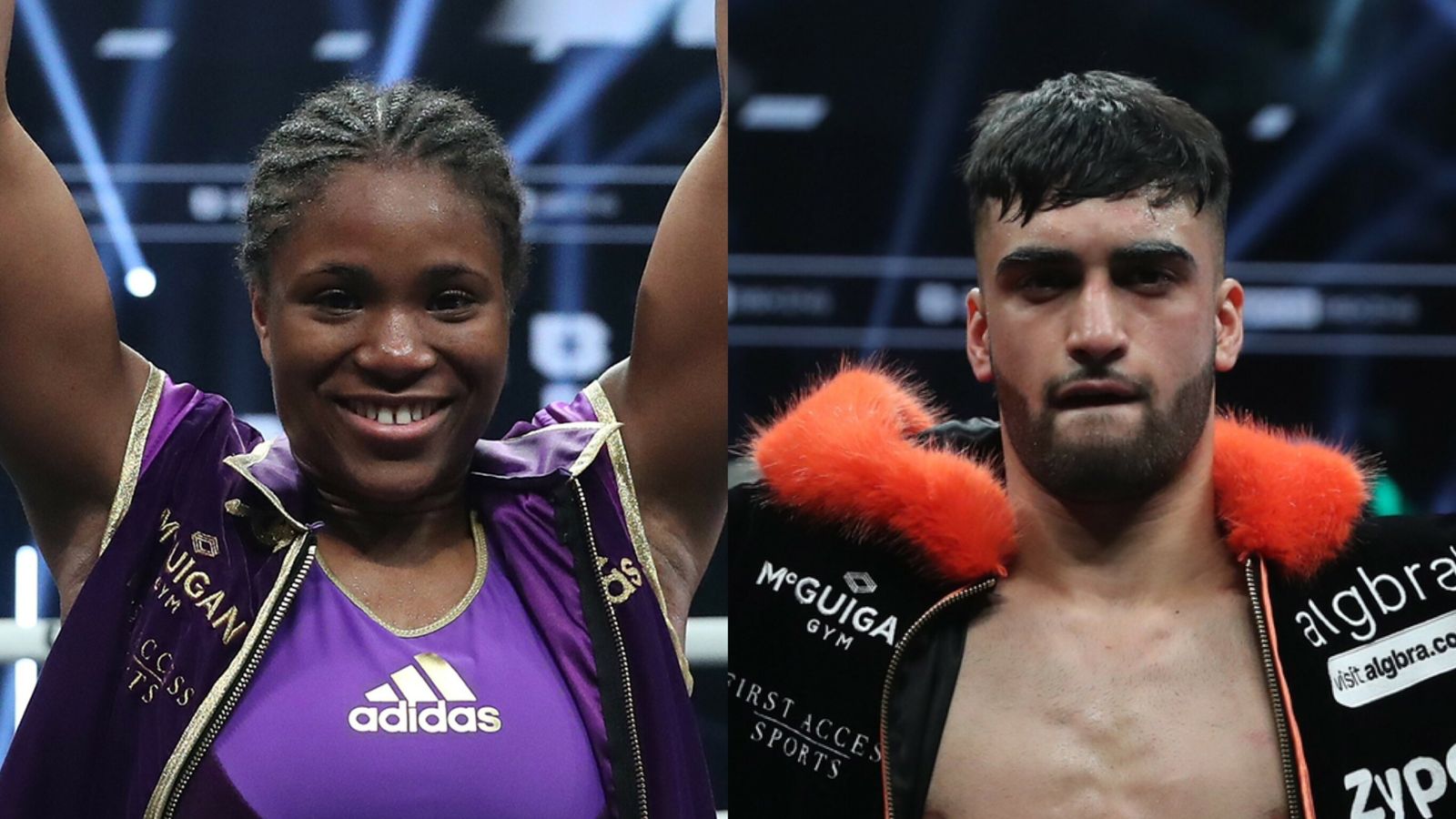 Appearing on the undercard of Richard Riakporhe’s cruiserweight showdown with Deion Jumah, live on Sky Sports, Dubois and Azim, who are both trained by Shane McGuigan, produced performances to justify their billing as future world champions.

Dubois, making her second professional appearance, displayed her power with a ruthless display to claim the first stoppage of her pro career against Martina Horgasz.

After producing a convincing points victory on her pro debut in Cardiff last month, Dubois this time needed just 49 seconds to overcome her Hungarian opponent.

The 21-year-old immediately landed a series of punches to the head, before switching her attack to the body, with a thudding right hand leaving Horgasz unable to continue. Dubois reveals that she had worked on body shots all weeks in preparation for her fight.

“All week, and all camp, Shane has been working on body shots and sitting down on my punches.”

Dubois moves to 2-0 as a professional, as she looks to follow up an amateur career that ended with a 37-3 record and saw her represent Team GB in Tokyo last year.

“What I see in the gym every day is an unbelievable talent,” McGuigan said

“She is calm, has amazing vision, great punching power and good balance.

“You’re going to see it all once she starts getting tested.” 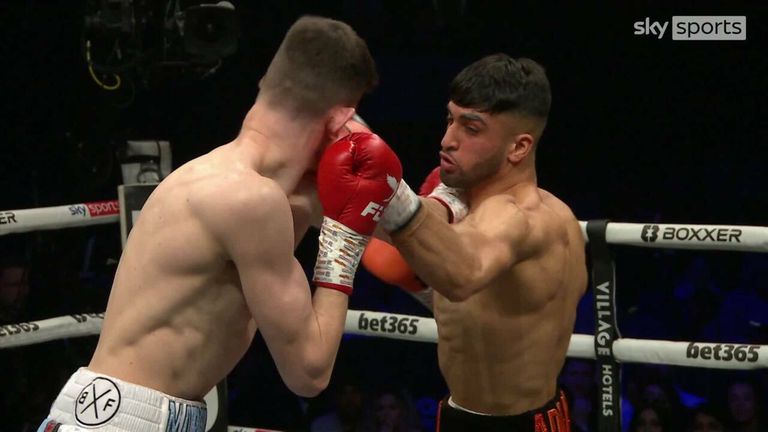 Azim’s lightweight match-up with Connor Marsden was considered a significant step-up for the 20-year-old’s fourth professional bout, but he made spectacularly quick work his opponent.

It took ‘The Assasin’ just 12 seconds to put Marsden down, as a sharp right-left combo stunned the Londoner.

Marsden bravely returned to his feet, but Azim displayed his finishing instincts to close the show, landing an uppercut that sent his opponent to the canvas for the final time.

It was a third successive stoppage victory for Azim, after he was taken a full six rounds in his professional debut. 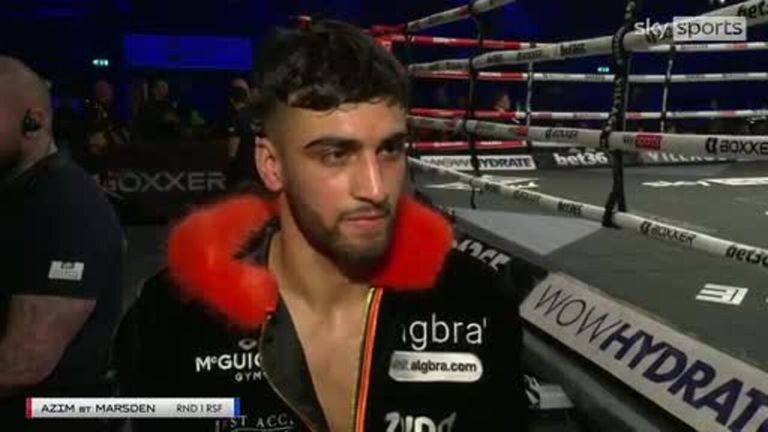 Azim believes he can go all the way to be world champion.

“It was a great performance by me,” Azim told Sky Sports. “I never thought that I’d stop him in the first round, I thought I’d gradually break him down.

“After my inspiration Amir Khan, I want to be the next British-Pakistani world champion.”

The high praise that McGuigan has given Azim has caused many to take notice of the Slough fighter early in his career, and the experienced trainer offered more bold predictions following Saturday’s performance.

“I’m telling you he’s the most special talent,” McGuigan said. “He’s got speed, he’s got power, he just gets it. 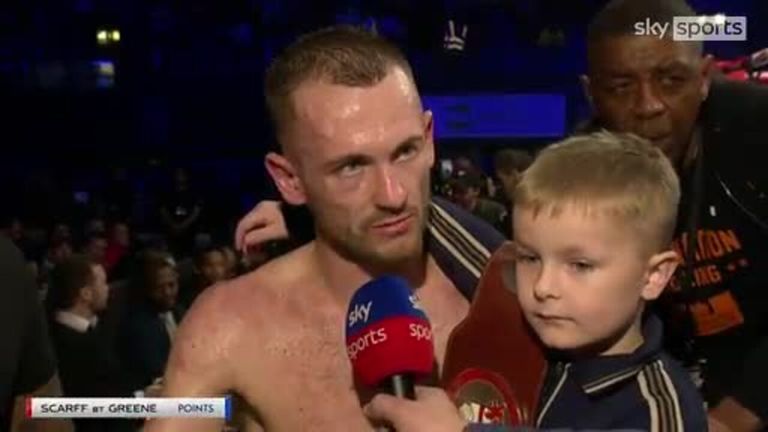 The Derby fighter’s superior reach and consistent landing of the jab helped him take the vacant title.