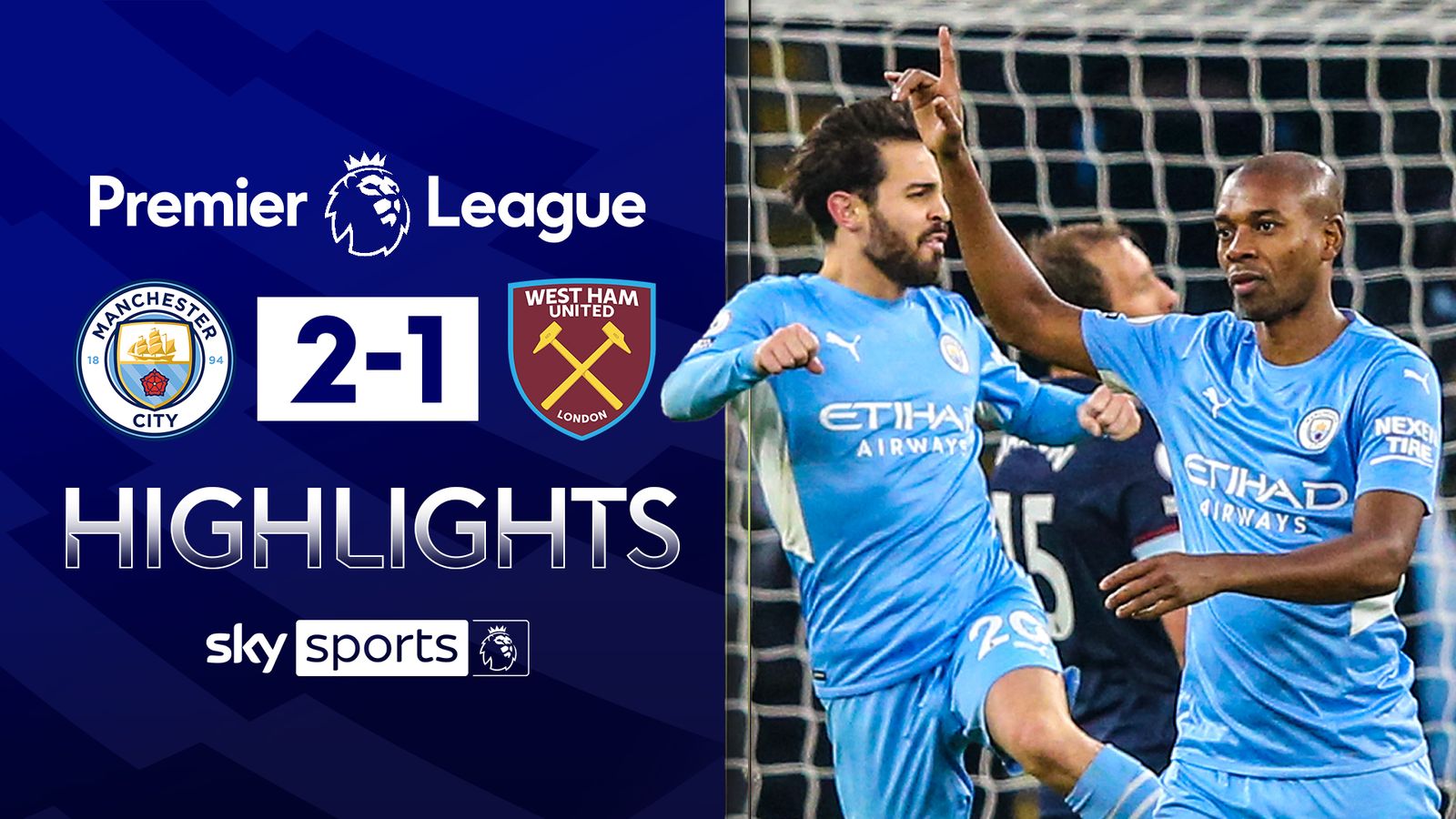 Goals from Ilkay Gundogan and Fernandinho guided Manchester City through a snowstorm and up to second in the Premier League with a 2-1 victory over West Ham at Etihad Stadium.

Gundogan’s first-half tap-in (33) was the difference between the two sides at the interval, which was heavily extended as City’s ground staff valiantly cleared the playing surface of the deluge of snow that had made the end of the first period virtually unplayable.

The adverse conditions and lengthy half-time break prevented a free-flowing second half but City kept West Ham at arm’s length throughout before wrapping the victory when substitute Fernandinho scored (90) with one of his first touches within three minutes of coming on.

West Ham, who fell to back-to-back Premier League defeats for the first time since April, had the final word when Manuel Lanzini rifled a stunning effort in off the post (90+4), but it was mere consolation on a day when the champions’ quality and the conditions frustrated David Moyes’ side.

City’s fifth consecutive victory in all competitions lifts them to second in the Premier League, level with leaders Chelsea on 29 points, while West Ham remain six points further back in fourth.

Man of the Match: Ilkay Gundogan

The snow which fell heavily in the run up to the game at the Etihad was cleared before kick-off, and West Ham seized the moment, testing City in the first half.

The Hammers’ confident start should have been rewarded with the opening goal inside six minutes but, having been taken by surprise by Michail Antonio’s driven pass into the area, Said Benrahma fluffed his lines as City scrambled the ball clear.

A minute later, City had the ball in the net, only for Riyad Mahrez’s effort, after a defensive West Ham lapse, to be correctly ruled out for offside. In-form Raheem Sterling whistled a shot shortly before the half-hour mark, but City’s pressure finally told on 33 minutes.

Mahrez was released into acres of space down the right from where his driven cross deflected into the path of Gundogan, who stroked home.

The interval allowed ground staff to race on and clear the pitch. The restart had to be delayed as all the snow was removed but, with the weather relenting, their operation was successful.

City had a big chance when play resumed as Sterling broke clear to set up Jesus, but the Brazilian was twice denied, first by Fabianski and then by a brave goal-line clearance from Aaron Cresswell.

Cresswell collided with the goalpost as he stretched to make his interception and, after several minutes of treatment and a brief attempt to play on, was forced off.

As time wore on, West Ham began to sense an opportunity to grab a draw but Ederson produced a superb save to keep out Declan Rice’s long-range effort.

Fernandinho then eased City’s nerves in the final minute before Lanzini netted with almost the final kick of the game to send the West Ham fans on their long journey home with something to cheer about.

Man of the Match – Ilkay Gundogan

Man City go to Aston Villa on Wednesday evening in the Premier League at 8.15pm, while West Ham host Brighton at 7.30pm on the same evening. Free highlights from both games will be available on the Sky Sports website, App and YouTube channel.