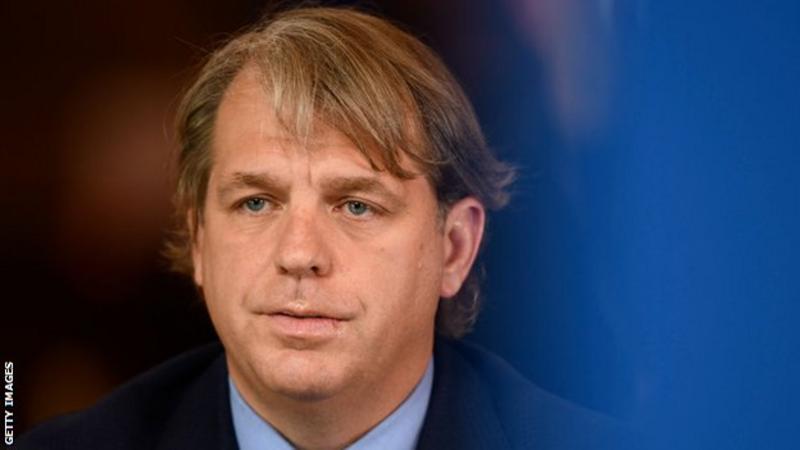 A consortium led by LA Dodgers owner Todd Boehly is set to be named the preferred bidder for Chelsea, BBC Sport understands.

The club was put up for sale before owner Roman Abramovich was sanctioned for his alleged links to Russian president Vladimir Putin following the invasion of Ukraine.

The late offer is understood to have prompted confusion among rival bidders.

Ratcliffe – majority shareholder of chemical group Ineos – pledged to invest £1.75bn into the club over 10 years as part of his submission.

But the offer arrived on Friday morning, weeks beyond the initial deadline for bids of 18 March.

Chelsea and Boehly have not officially commented on his group’s position as preferred bidders.

The American investor and businessman – who has offered around £2.5bn for the club – has a reported net worth of $4.5bn (£3.6bn) according to Forbes.

He is a part owner of the Dodgers – a US baseball franchise – and US women’s basketball outfit the Los Angeles Sparks, while he also owns a stake in the renowned LA Lakers NBA franchise.

Other consortiums who have been in the running to buy Chelsea have been headed by Sir Martin Broughton and the co-owner of the Boston Celtics, Stephen Pagliuca.

But Pagliuca was informed on Friday afternoon that his bid to buy the Blues had been unsuccessful.

Chelsea are operating under a special licence from the UK government which ends on 31 May, but on Thursday Culture Secretary Nadine Dorries said the club were on “borrowed time” to complete the sale.

‘A British bid for a British club’

Ratcliffe is the majority shareholder of Ineos, having founded the organisation in 1998.

Speaking to BBC Sport in May 2019, he described himself as a ‘tortured Manchester United fan’. When asked if he was interested in buying Chelsea, he answered “never say no.”

In recent years. the company has purchased Swiss side FC Lausanne and French Ligue 1 side Nice.

He also purchased the Team Sky cycling franchise in 2019 but in 2020 told BBC Sport he had no plans to expand the group’s sporting interests by investing in a Premier League club.

“This is a British bid, for a British club,” read an Ineos statement.

“We will invest in Stamford Bridge to make it a world-class stadium, befitting of Chelsea FC. This will be organic and ongoing so that we will not move away from the home of Chelsea and risk losing the support of loyal fans.

“We will continue to invest in the team to ensure we have a first-class squad of the world’s greatest players, coaches and support staff, in the men’s and women’s games.

“And we hope to continue to invest in the academy to provide opportunity for talented youngsters to develop into first-class players.”