On-loan Chelsea striker Armando Broja continued to catch the eye this evening, courtesy of a wonderful solo goal during Albania’s meeting with Hungary.

The 6ft 3in talent had previously spent time lining out for capital rivals Tottenham, but eventually opted to take his talents to Chelsea in 2009.

And the Blues’ decision to snap Broja up has since proven an inspired one.

The Slough native has gone on to establish himself as one of the most highly-regarded youngsters at Stamford Bridge, with his exploits at youth level having eventually resulted in Broja being rewarded with his first professional contract in February of last year.

Then, just a month later, the gifted frontman was handed his senior debut by Frank Lampard, late in a 4-0 Premier League win over Everton.

LONDON, ENGLAND – JANUARY 03: Frank Lampard, Manager of Chelsea looks on during the Premier League match between Chelsea and Manchester City at Stamford Bridge on January 03, 2021 in London, England. The match will be played without fans, behind closed doors as a Covid-19 precaution. (Photo by Darren Walsh/Chelsea FC via Getty Images)

On the back of an impressive loan stint in the Eredivisie last season, meanwhile, across which he racked up a none-too-shabby ten goals and two assists, Broja was farmed out on a temporary basis once more this past summer, this time to Southampton.

As outlined above, though, on Saturday night, the gifted youngster went about proving once more why those familiar with his talents view Broja as a genuine first-choice striker-to-be back at Stamford Bridge in the not-so-distant future.

The Blues talent returned to the international stage with Albania, in a World Cup qualifying showdown with Hungary.

The clash marked an absolutely crucial one amid Albania’s hopes of booking a spot at next year’s Qatar showpiece, with 3rd-placed Poland (who thumped San Marino by five goals to nil tonight) breathing down their necks in the Group I table.

When all was said and done at the Ferenc Puskas Stadium, though, the visitors held their nerve, to eventually emerge on the right side of a 1-0 scoreline.

And that man Broja proved match-winner.

After latching onto the ball on the right wing, Chelsea’s up-and-coming striker beat his opposing defender not once, not twice, but a remarkable three times, before picking out the far corner of the Hungary net with a pinpoint daisy-cutter.

Check out Broja’s latest piece of individual brilliance below:

Kante Is Back! 😍 | Dribbling Drills and a Backheel Nutmeg?! | Chelsea Unseen 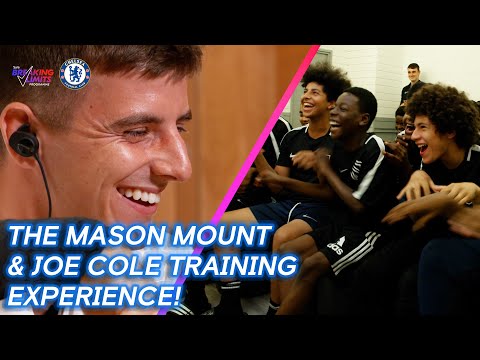 A midfield masterclass! Mason Mount and Joe Cole teamed up with Sure to give…