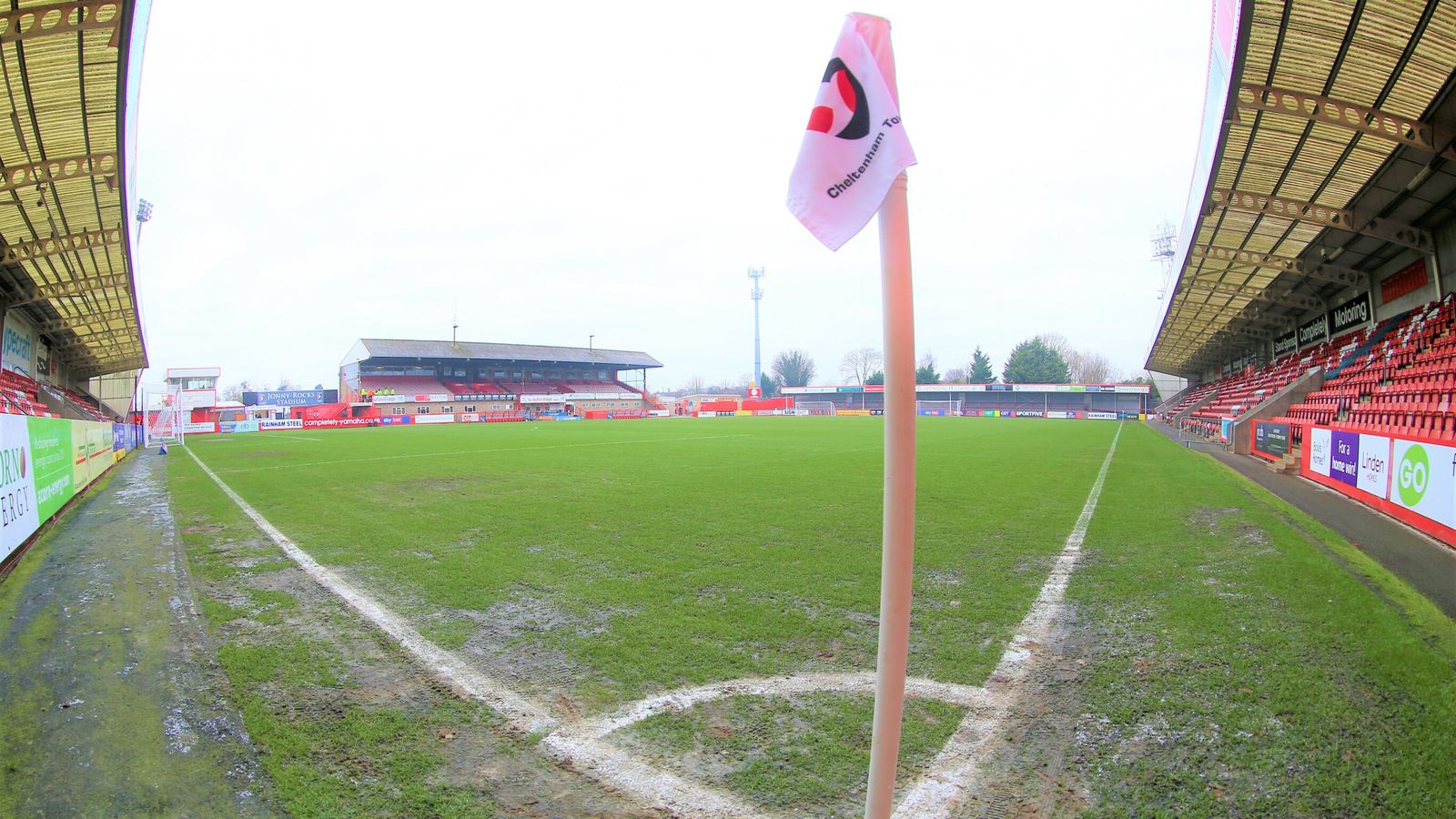 Cheltenham Town have condemned the behaviour of a small minority of fans after alleged homophobic chants in Saturday’s League One match against Charlton.

The club have confirmed that three supporters were removed from the Prestbury Road End for alleged homophobic abuse towards a player and are subject to an ongoing police investigation.

A statement read: “Our stewarding team acted quickly to report the incident to the Gloucestershire Police, who took swift action during the match.

“The club takes the matter extremely seriously and have a zero tolerance to the use of discriminatory language, taking the appropriate course of action if there is sufficient evidence to do so.”

A spokesperson for Gloucestershire Police said: “At Saturday’s match police were told by stewards that they had received reports of homophobic abuse and chants being directed toward a player,”

“There were also allegations that a player had been spat at in the match between Cheltenham Town and Charlton Athletic at the Jonny-Rocks Stadium. Police are investigating the allegations and three youths were spoken to and their details were taken.

“They were ejected from the ground. This behaviour will not be tolerated and we will continue to work with both clubs to investigate. Officers are asking for anyone who witnessed what happened to come forward and provide information.”

Last month saw the launch of Proud Robins, the club’s LGBTQ+ supporters network, to promote inclusion and acceptance at the Jonny-Rocks Stadium. The organisation was established by Sam Lear with the support of the club, Robins Trust, the Community Trust and the Football Supporters Association (FSA).

“Any homophobic, biphobic or transphobic behaviour is completely unacceptable at our football club and Proud Robins continues to work with all parties in respect of the ongoing investigations,” he said.

“We are united in our aim to eradicate all forms of discrimination from the game.”

Meanwhile the club continue to encourage supporters that witness discriminatory behaviour to report it to our stewarding team on matchdays.

“We’re so disappointed and saddened that we’re dealing with this sort of behaviour,” said Murry Toms, associate director at Cheltenham Town.

“However if there is one small positive to come out of this ugly episode it is that we’re really pleased with the way the stewarding team handled the situation so quickly and efficiently.

“This club is for everyone. Hate has no place at Cheltenham Town.”

Hate Won’t Win
Sky Sports is committed to making skysports.com and our channels on social media platforms a place for comment and debate that is free of abuse, hate and profanity.