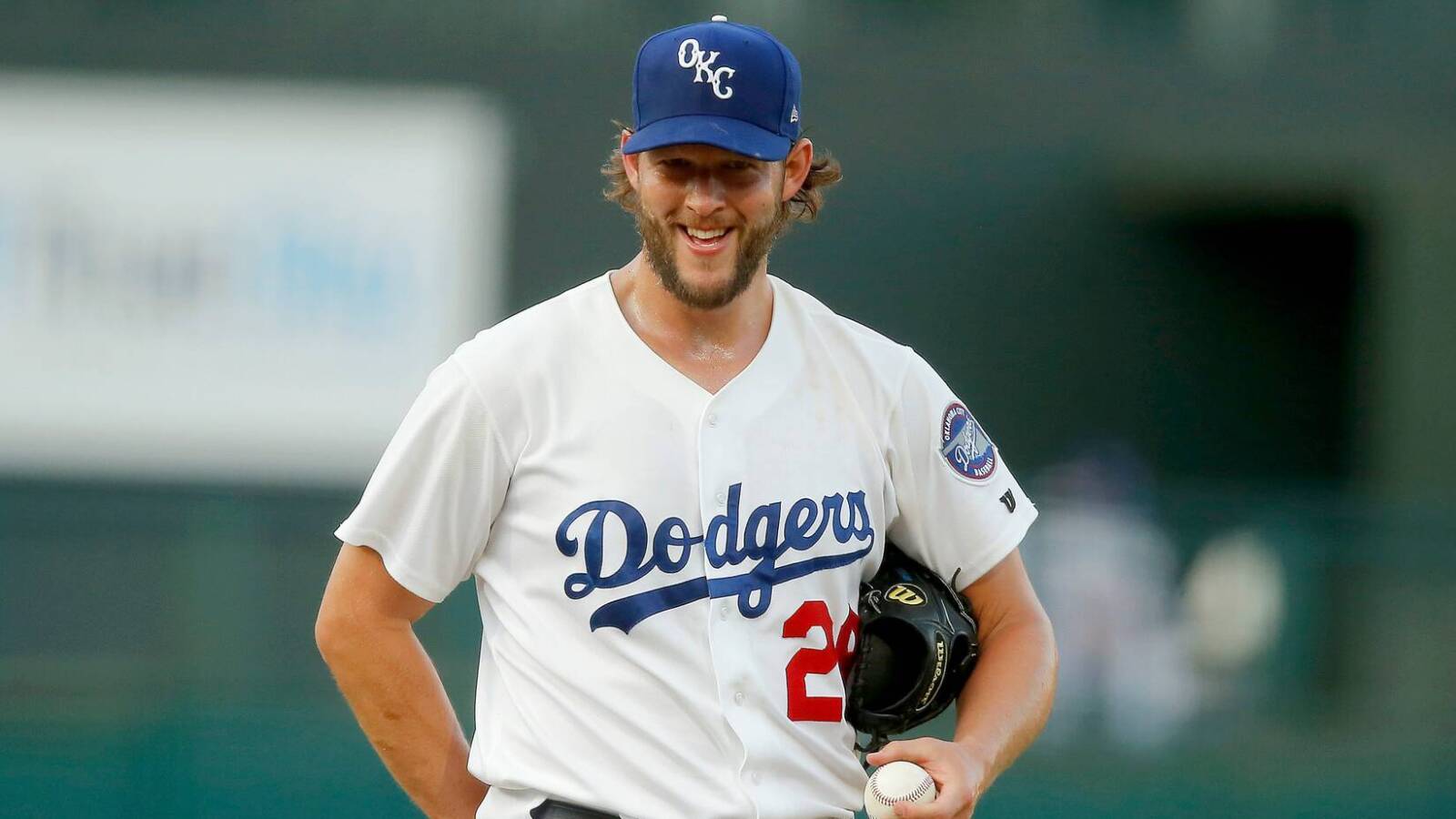 Clayton Kershaw is staying put, reportedly agreeing to terms on a one-year contract with the Dodgers, according to Ken Rosenthal of The Athletic. The deal, which is pending a physical, guarantees him $17M and comes with additional possible incentives, as noted by Jon Heyman of the MLB Network. Kershaw is a client of Excel Sports Management.

It’ll be Kershaw’s 15th season in Dodger blue, as the future Hall of Famer returns to the only organization he’s ever known. The front office allowed him to hit free agency for the first time this offseason, but team executives consistently maintained they’d love to keep him in the fold.

Very early in the offseason, it became apparent that the Dodgers and Rangers were the favorites for his services. The 2014 NL MVP didn’t tip his hand publicly about where he was leaning, but Texas and L.A. each had their respective positives. The Rangers offered the Highland Park native a chance to play near his hometown, in addition to the opportunity to reunite with Texas manager Chris Woodward, who’d previously served as a coach with the Dodgers. Yet Los Angeles offered organizational familiarity and a more immediate path to postseason play.

Kershaw is obviously among the greatest pitchers in franchise history, and it stands to reason the Dodgers would’ve wanted to keep him around for legacy purposes alone. He’s claimed five ERA titles, posting a sub-3.00 mark in 11 of his last 13 seasons. He’s a three-time Cy Young award winner and finished in the top five in NL balloting each season between 2011-17. The veteran southpaw has led the league in strikeouts on three occasions and was a key contributor on the 2020 World Series winning team.

Yet there’s little question the Dodgers — again one of the top on-paper contenders in the league — also were motivated to bring him back because they believe he’ll still be an effective pitcher in 2022. The 33-year-old (34 next week) is no longer the undisputed best pitcher in the sport, but he was still among the top performers on a rate basis last season. Last year’s 3.55 ERA was his highest since his 2008 rookie campaign, but it’s nevertheless solid run prevention. And Kershaw’s peripherals were better, right among the top of the league.

Kershaw struck out a lofty 29.5% of batters faced while walking a minuscule 4.3% of opponents. His 16.7% swinging strike rate was a personal best, the number one mark in the league among pitchers with 100+ innings. He finished sixth in strikeout/walk rate differential (25.2 percentage points) and fifth in SIERA (3.10). Few other starters were that productive on a pitch-by-pitch basis, but Kershaw was limited to 121 2/3 innings and 22 starts by a late-season health scare.

The southpaw missed two months between July and September due to inflammation in his elbow/forearm area. He returned to make a few starts but dealt with renewed discomfort in his final regular-season outing. That forced him to undergo a season-ending platelet-rich plasma injection, but he avoided surgery and has generally been expected to be a full-go for the start of the upcoming campaign.

Presuming his physical comes up clean, the Dodgers will install Kershaw back into a key rotation role. They’re in a better position than most teams to weather any potential concerns regarding his workload, given the depth on the roster. Walker Buehler and Julio Urías are at the top of the rotation, while David Price, Tony Gonsolin and offseason signee Andrew Heaney could all factor in at the back end. Dustin May could make a midseason return from May 2021 Tommy John surgery. It’s unclear whether Trevor Bauer will face a suspension from MLB, but he remains on the roster at present.

It’s an enviable group, and a top trio of Buehler, Urías and Kershaw could again be a nightmare for opposing offenses in a short postseason series. Yet it’s not out of the question the Dodgers keep trying to add there; they showed at last summer’s deadline in acquiring Max Scherzer they’re never afraid to pursue elite talent if the opportunity presents itself.

The $17M guarantee will push the Dodgers’ payroll commitments — including projected salaries for arbitration-eligible players — to around $245M, in the estimation of Jason Martinez of Roster Resource. They opened last season in the $248M range, but the midseason acquisitions of Scherzer and Trea Turner pushed that figure up substantially.

Los Angeles’ luxury-tax number (which is determined by summing contracts’ average annual values rather than real salaries) now sits right around $250M. That’s $20M north of the new collective bargaining agreement’s base threshold and right at the first surcharge marker. The Dodgers all but certain to pay the luxury tax for a second straight year. Because they’ll be a repeat payer, the Dodgers would be subject to a 30% tax on every dollar spent between $230M and $250M; they’ll be taxed at a 42% rate for expenditures between $250M and $270M. As the club showed last season in blowing past all three thresholds, though, that’s not a concern for ownership in certain circumstances.

Kershaw’s return to L.A. no doubt will come as a disappointment to the Rangers, who had made no secret of their affinity for him. Texas has been among the most aggressive clubs this offseason, signing Corey Seager, Marcus Semien and Jon Gray in a pre-lockout frenzy, but the rotation is very light on certainty. Kershaw would’ve immediately stepped in as the Rangers’ top arm and a veteran voice for their younger starters. With him off the board, it’s possible Texas looks for more affordable stopgap options for the rotation — on deals similar to this afternoon’s $4M reunion with Martín Pérez.

Kershaw and Carlos Rodón were quite arguably the final two top-of-the-rotation starters available in free agency coming into the day. Kershaw returns to L.A., while Rodón agreed to terms on a two-year pact with the archrival Giants. Yusei Kikuchi and Zack Greinke are the only currently healthy unsigned starters who made MLBTR’s pre-offseason Top 50 Free Agents. With the top of the market now picked through, rotation-needy teams figure to turn to trade candidates who might offer mid-rotation or better production. The Reds and A’s are generally expected to make impact starters available over the coming weeks.