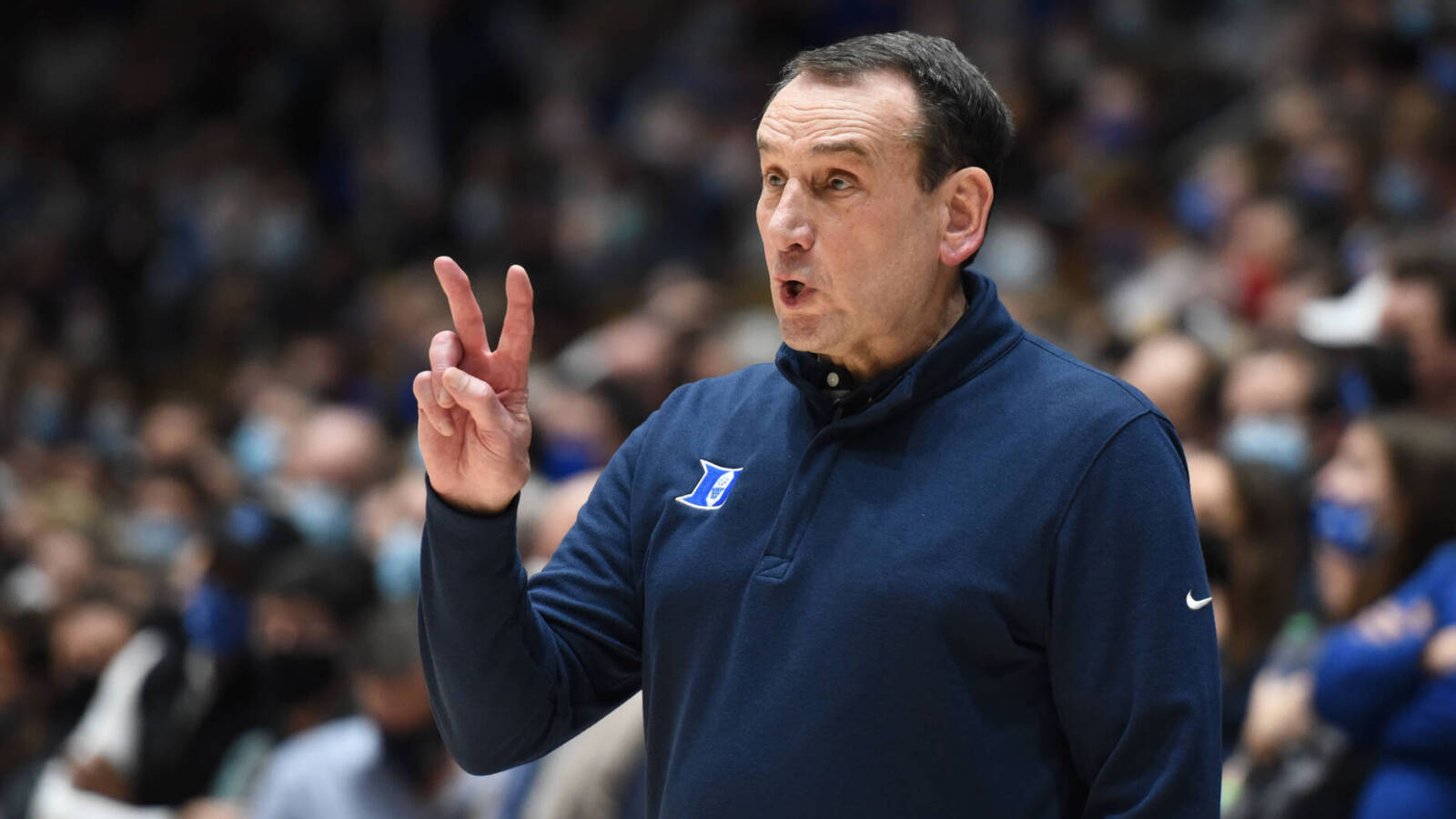 Duke coach Mike Krzyzewski was absent for the second half of the Blue Devils’ 76-74 win over Wake Forest on Tuesday night after exiting the game at halftime due to an illness.

“Clearly Coach wasn’t himself, wasn’t right,” Duke assistant coach Jon Scheyer said after coaching the Blue Devils in the second half, via ESPN. “I told the team he needs to focus on taking care of himself, and they needed to step up and take care of the second half and do what we need to do. It became all about our game plan. Our guys were focused on getting the win for Coach and for our team.”

Krzyzewski, 75, announced last June that Duke’s upcoming season would be his last. He’s been the Blue Devils’ head coach since 1980 and has led the program to five national titles and 12 trips to the Final Four. Scheyer has already been announced by the university as Krzyzewski’s successor.

The Blue Devils led by as many as 19 points against Wake Forest, but saw that lead evaporate late in the second half. The Demon Deacons went on a 9-0 run in the final minutes to tie the score, but Duke won with a put-back dunk by Mark Williams in the final second of the game.