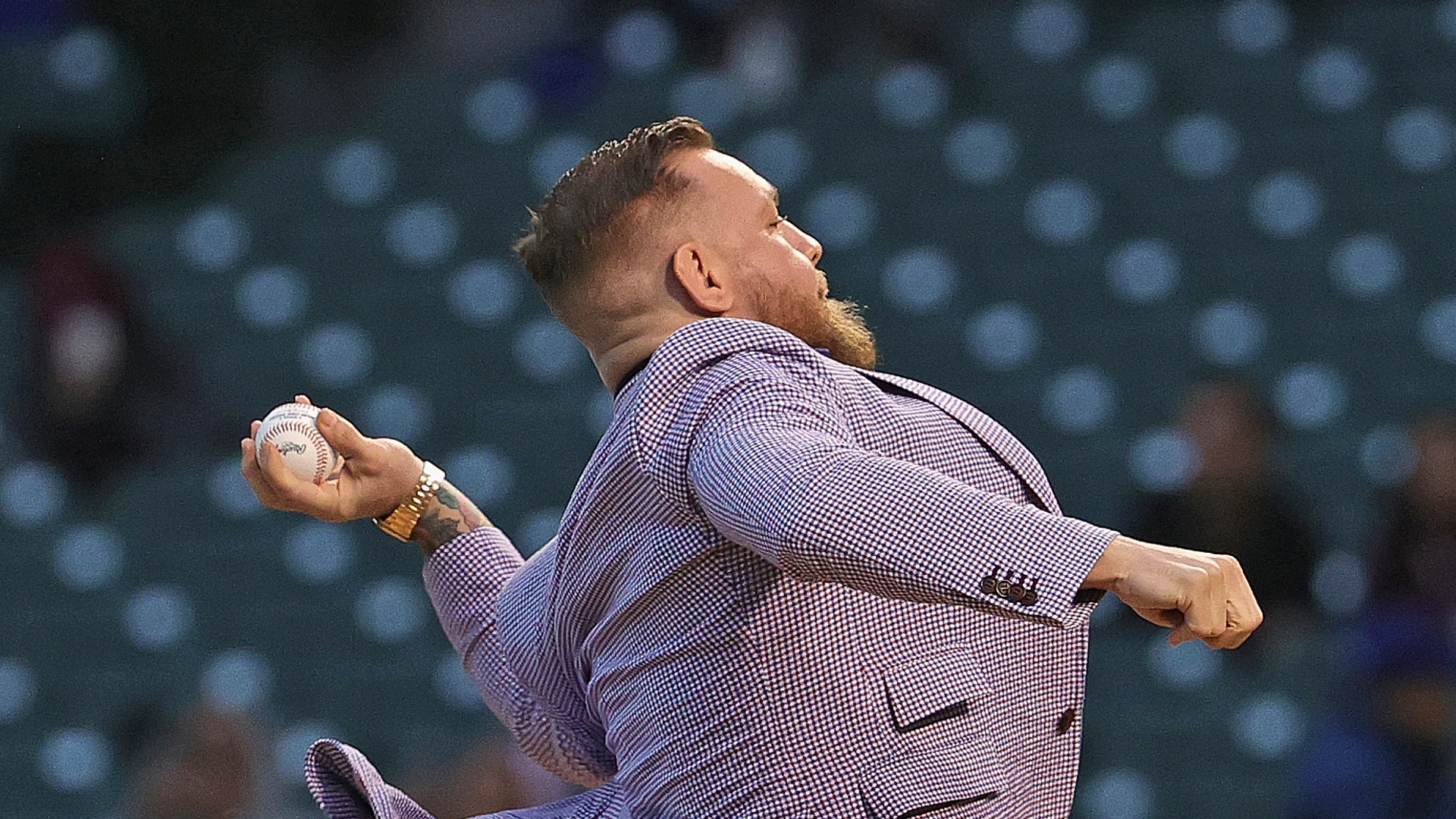 UFC fighter Conor McGregor may have thrown one of the worst first pitches ever seen at Wrigley Field on Tuesday.

Prior to the Cubs’ opening game in their series against the Twins, McGregor stepped up to the mound to throw a routine first pitch. But as the former UFC champion chucked the ball almost directly into the stands, third baseman Patrick Wisdom and Cubs’ mascot Clark were left dumbfounded.

McGregor’s wind-up seemed fine, but the ball flew offscreen as soon as it left his grasp. “Notorious” stepped far forward — more toward third base — with his landing foot to prevent the ball from approaching the home plate.

There have been plenty of bad first pitches — hello, Mariah Carey — but one in particular lends itself to comparison with the Ireland native’s standard: 50 Cent’s. Twitter user Rob Friedman slowed down both the rapper and the fighter’s pitches and split them for easier comparison:

McGregor’s poor throwing skills shouldn’t come as a surprise. During a 2018 matchup between the Cowboys and the Jaguars, McGregor was caught throwing a football that would make a quarterback cringe.

He might not have much experience throwing a baseball or football, but at least “Notorious” can confidently throw a punch.