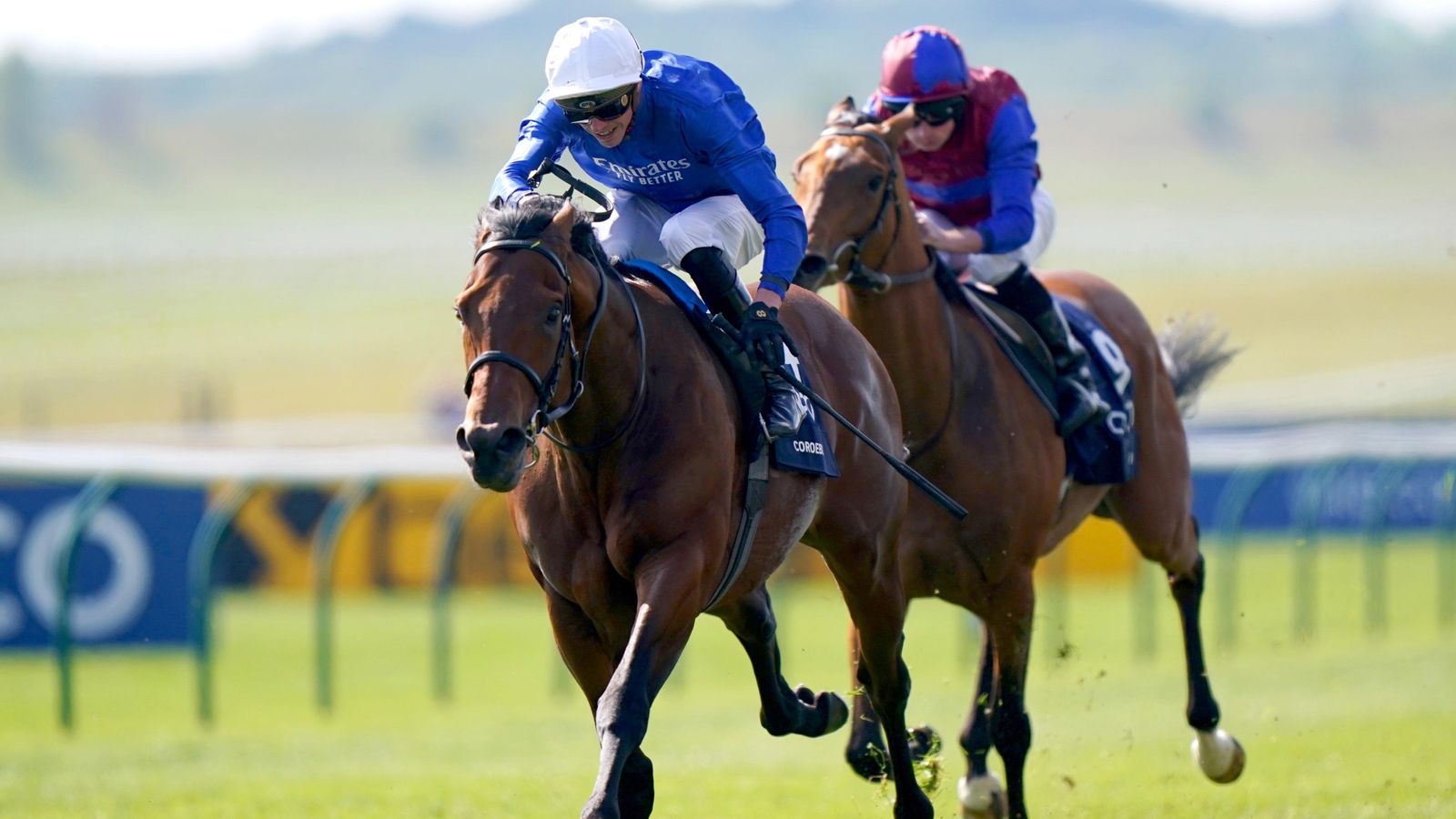 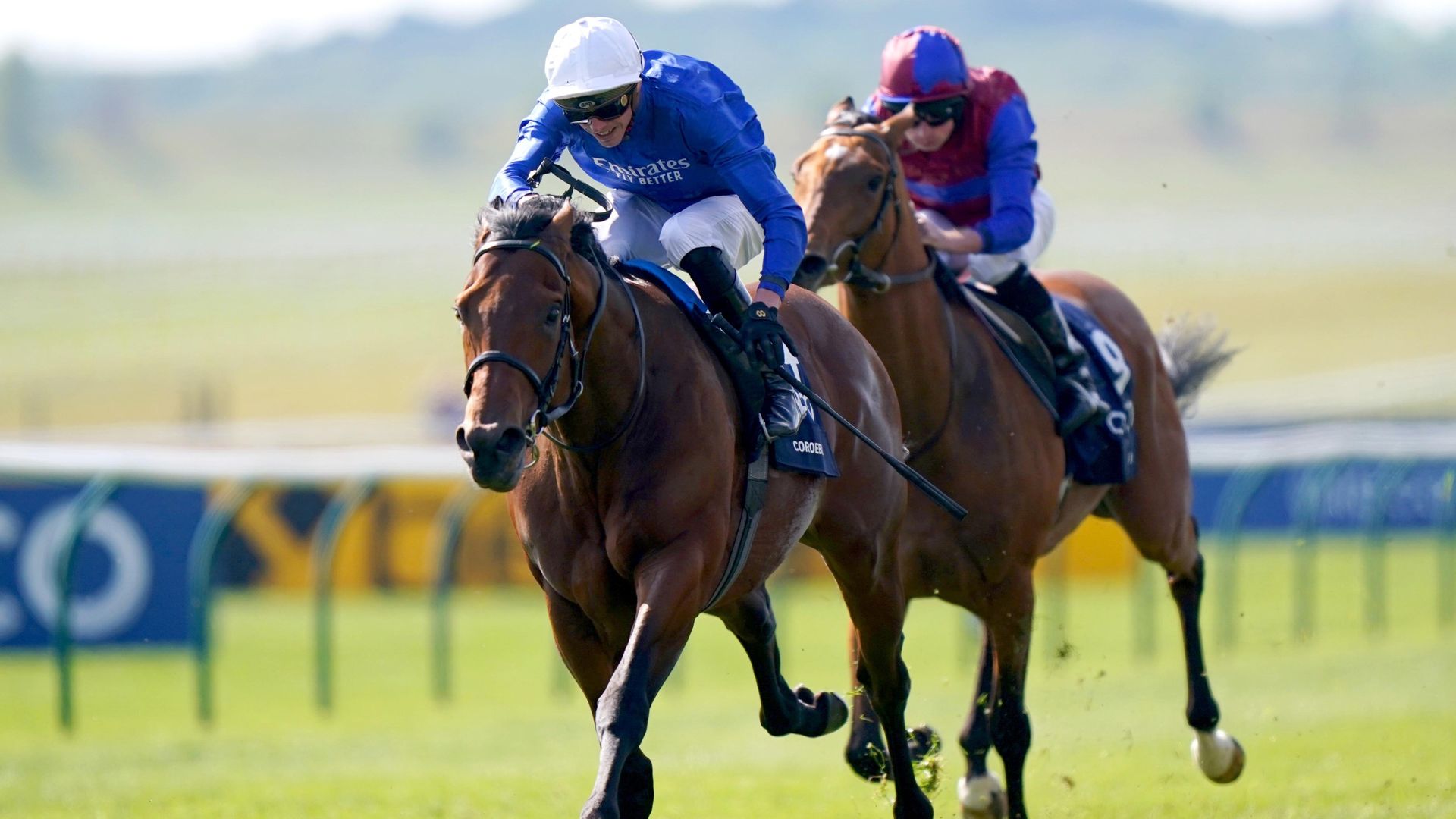 Coroebus led home stablemate and hot favourite Native Trail to provide trainer Charlie Appleby with a one-two in the Qipco 2000 Guineas at Newmarket.

The Moulton Paddocks handler appeared to hold the ace hand in his bid for a first victory in the Rowley Mile Classic, with last season’s champion juvenile Native Trail the 5-4 favourite to keep his unbeaten record intact and Coroebus also prominent in the market at 5-1.

Native Trail proved his well-being with a comprehensive victory in the Craven Stakes two and a half weeks ago weeks ago, while Coroebus was making his first competitive appearance since winning the Autumn Stakes over the course and distance in early October.

With the pair drawn on opposite sides of the track, they raced wide apart for much of the straight-mile contest, with William Buick the first to get vigorous aboard Native Trail nearest the stands side.

James Doyle, on the other hand, was able to wait until the furlong marker to pop Coroebus the question and he found plenty racing out of the dip to prevail by three-quarters of a length.

Having been under a ride from an early stage, Aidan O’Brien’s Derby favourite Luxembourg made eyecatching late gains to finish best of the rest in third.

“Coroebus is a homebred and by Dubawi and I’d like to think I know the Dubawis by now – I’ve had enough of of them through my hands – and he’s shown us all the right signs.

“It was always going to be hard call for William to get off Native Trail and get on him and it’s great for James, who is an integral part of the team and for him to have his first English Classic winner is fantastic. For us to be able to provide it is even more special.

“I don’t think William will have any excuses – he was potentially beaten by a better horse. I could see James was travelling for fun and that’s what this horse does – they can’t go quick enough for him.”

He added: “I think we’ll potentially try to keep them apart, to be brutally honest – it would be a shame for them to keep butting heads.

“On the evidence of what we’ve seen today they are the two best three-year-old colts around to date and after healthy discussions we might say one could go to Ireland (for the Irish Guineas) and the other one could go straight to the St James’s Palace (at Royal Ascot).”

Doyle said: “It’s incredible that Charlie hasn’t won this race before the way things are going, isn’t it? I’m super proud of Charlie and for once, I’m actually emotional about a big winner.

“This race has been something that has always annoyed me, looking at replays over and over again of Kingman’s Guineas and Barney Roy’s Guineas, and then it goes as simple as it did today.

He added: “William came up to me afterwards and said ‘you deserve that one’. We’re the best of friends and he could see I was a little bit emotional.

“It’s tough out there as we’re competing day in day out and we sit next to each other, but it’s been that way for about 15 years.”