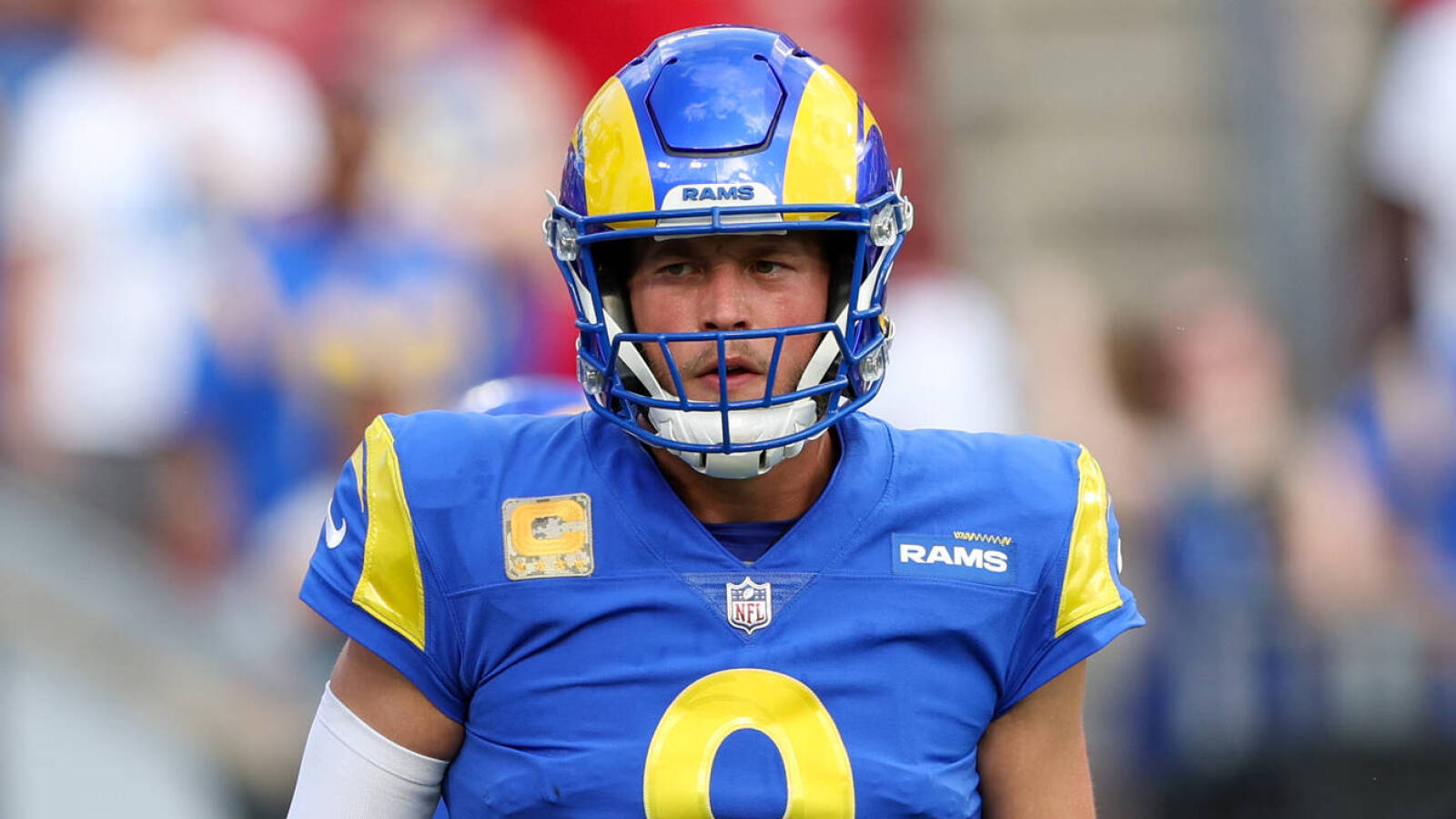 After Stafford was evaluated for a concussion for the second time this month during Sunday’s 27-20 loss at the New Orleans Saints that dropped the Rams to 3-7 on the campaign, NFL Network’s Ian Rapoport suggested during an appearance on “The Pat McAfee Show” that the 34-year-old signal-caller could ride off into the sunset of retirement sooner rather than later.

Stafford initially entered the concussion protocol two days after the Rams fell to the Tampa Bay Buccaneers on Nov. 6 and missed what became the Week 10 loss to the Arizona Cardinals. Kelly Stafford, Matthew’s wife, admitted before the Arizona game to having serious concerns about her husband’s health, but he was ultimately cleared to play at New Orleans ahead of this past weekend.

While Stafford went to the locker room in the second half of Sunday’s defeat, ESPN’s Sarah Barshop and Gary Klein of the Los Angeles Times noted that the veteran hadn’t yet entered the concussion protocol again but was still being evaluated for a head injury as of Monday afternoon local time. Pro Football Talk’s Mike Florio reported Sunday evening that the NFL Players Association is “monitoring” Stafford’s situation and status.

“Rarely if ever is a day-after evaluation necessary to determine whether a player is or isn’t in the protocol,” Florio explained at that time. “And if there’s any doubt, why not just put him in the protocol and require him to progress through the various stages?”

Stafford has earned a small fortune from NFL contracts, alone, and also a championship ring helping the Rams defeat the Cincinnati Bengals in Super Bowl LVI this past February. His long-term future aside, logic suggests he probably will be a spectator for this coming Sunday’s game at the 8-2 Kansas City Chiefs.